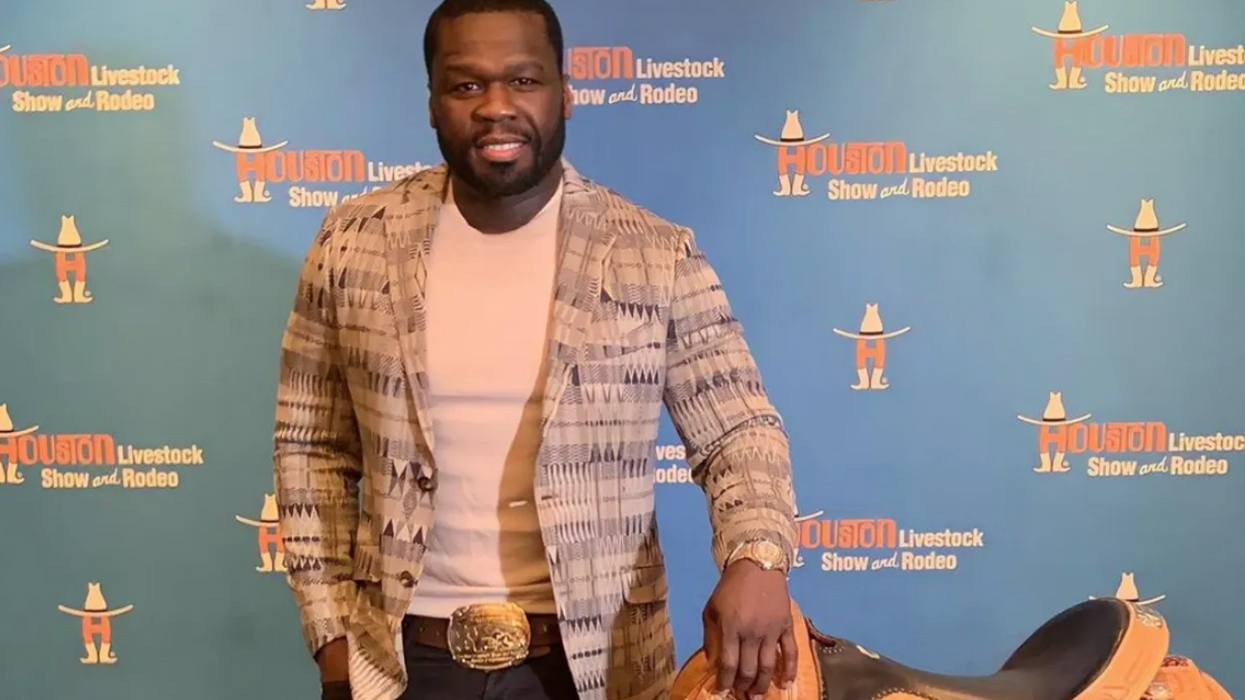 "This year's Reserve Grand Champion Best of Show, Le Chemin Du Roi Brut, Champagne AOC, NV, was launched by famed rapper and business mogul, Curtis '50 Cent' Jackson," according to an article on the Rodeo's website. "Demetra and Frank Jones, and Leticia and Stephen Trauber, purchased the wine for $160,000."

The musician-actor seemed genuinely thrilled, making these comments in a video posted on Rodeo Houston's Twitter page after his win: "I'm out here, I'm enjoying myself. I'm in Houston, I'm a new resident, and I'm really excited about being here. This is the coolest thing."

And 50 Cent made three separate tweets about the auction, held at NRG Center, on his own page. "They told me everybody who's somebody in Houston" is at the Rodeo, he said in one. In another, he bemoaned losing one lot he had his eye on. "Man there are some people in Texas that got a lot of money. I bid $175,000 for a bottle of wine and I still lost."

The responses to the various tweet are colorful, too, with several noting his big Texas-style belt buckle and his "Timbs," or Timberland boots, when perhaps he should have been wearing cowboy boots to complete the look.