Newfangled consultant Brad Deutser has a fresh spin on communications and management — with a cool workspace to match his unique philosophy. 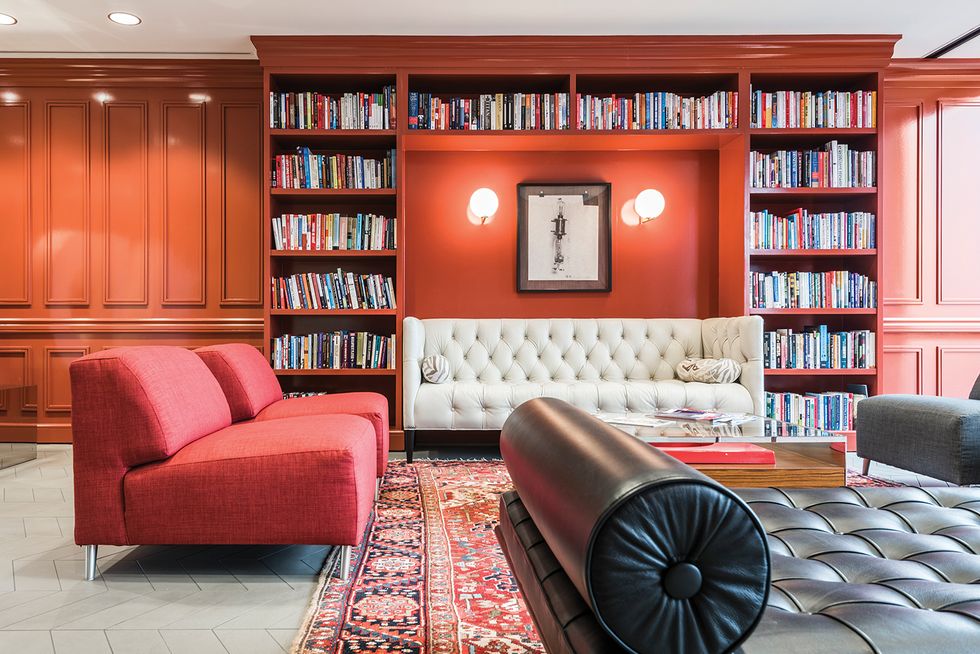 Brad Deutser, 52, has the soft-spoken and crisply amiable presence of a ’50s TV dad. You almost expect him to be named Ozzie or Ward. He even briefly pauses a business meeting to take a kid call; it seems a pro athlete was traded unexpectedly from one team to another, and it’s rocked his sport-loving son’s world, requiring a quick parental consultation. A gently furrowed brow and a warm-fuzzy pep talk later, he’s reengaged with a smile.

He even has the job of an old-school sitcom patriarch: He runs an ad agency. Sort of.  You see, in spite of his retro-feeling demeanor and profession, Deutser is just about as innovative and current as one can get. Not only in his business — concisely named Deutser, it seeks to close the gap between creative services such as advertising development and traditional management consulting — but also in the design of his Memorial area offices.

“The reality is that these things are all connected — strategy, culture and communication,” he says, explaining how his firm seeks to help companies and organizations such as Houston Methodist hospital, the Apache energy corporation, Houston Independent School District, and the Barbara Bush literacy foundation respond to challenges in integrated ways, so that their operations improve and thrive.

“I help leaders in organizations achieve clarity, and that clarity drives performance,” he adds. And it’s actually this concept that drives the design of the workspace, whose entryway is graced with a huge customized sculpture by Quest Designs of a jumble of large white block letters set upon a mirrored base. There’s a C, and an L, and then an A and an R. CLARITY! Aha!

“When people come into this office, they’re searching for clarity,” advises Deutser, who handled most of the interior design himself. And it’s just the kind of interesting, it-all-has-meaning décor idea that informs every inch of the office.

A few steps further into the space, you learn that seemingly straightforward elements of the traditional-with-mod-touches lobby are actually laden with intention. The warm crimson high-gloss paint on the bookshelf-bedecked walls, rife with polished millwork, is “Deutser red,” he says, a bold hue meant to bring focus to the mind. The gray color of the floor tiles connotes “the ambiguity that leaders walk through everyday,” and the herringbone-type pattern, which creates the illusion of undulating waves, represents “the ups and downs of business.”

A metal sculpture of interlocking rings — sourced from Star Furniture, also a client — is perched on a credenza nearby. It speaks to an important duality. “There’s a strategic system, and there’s a cultural system,” he says, “and when they are in alignment, there’s a natural flow of energy and positivity.”

Past the lobby, in the working area of the space, there’s a series of meeting rooms, big and small, all glassed-in. The main conference room is a mix of wood, metal, glass and high-tech monitors and presentation apparatus. There’s also a large supply of Post-It notes and a roll of butcher paper for scribbling and doodling and note making. “Even the most sophisticated executives like to do stuff with their hands,” says the consultant.

Opposite the conference room, across a wide, bright-white corridor dotted with floating counter-height work stations with more clever ideas — the Color My World number has a stack of note cards and a hundred colorful markers — are other, smaller meeting rooms, each with its own personality. The Gray Area Room has chalkboards for walls and a cool chandelier sourced online with dozens of spindly wires with clips on the end for attaching inspirational vellum notes — “Embrace change,” reads one. The Blank Space Room, flanked on all sides by writeable white glass, substitutes a white ping pong game for a conference table. “We have tournaments,” Deutser says.

In the way-back of the space, beyond the individual glass-fronted offices, is where the real fun happens. There’s a cool snack dispenser — tall glass tubes filled with almonds and M&Ms and yogurt raisins — in the kitchen, which is near the mediation room equipped with floor pillows, essential oils, crystals and a small living wall of cascading ivy. Both spaces have terraces overlooking the city.

For Deutser, it seems creating a space that feeds the souls and the bellies of his colleagues is just good business. And on this point, he has complete clarity.