The Astros are charging hard toward their second World Series berth in three years. Take a swing at these fun trivia about their extraordinary 2019 season! 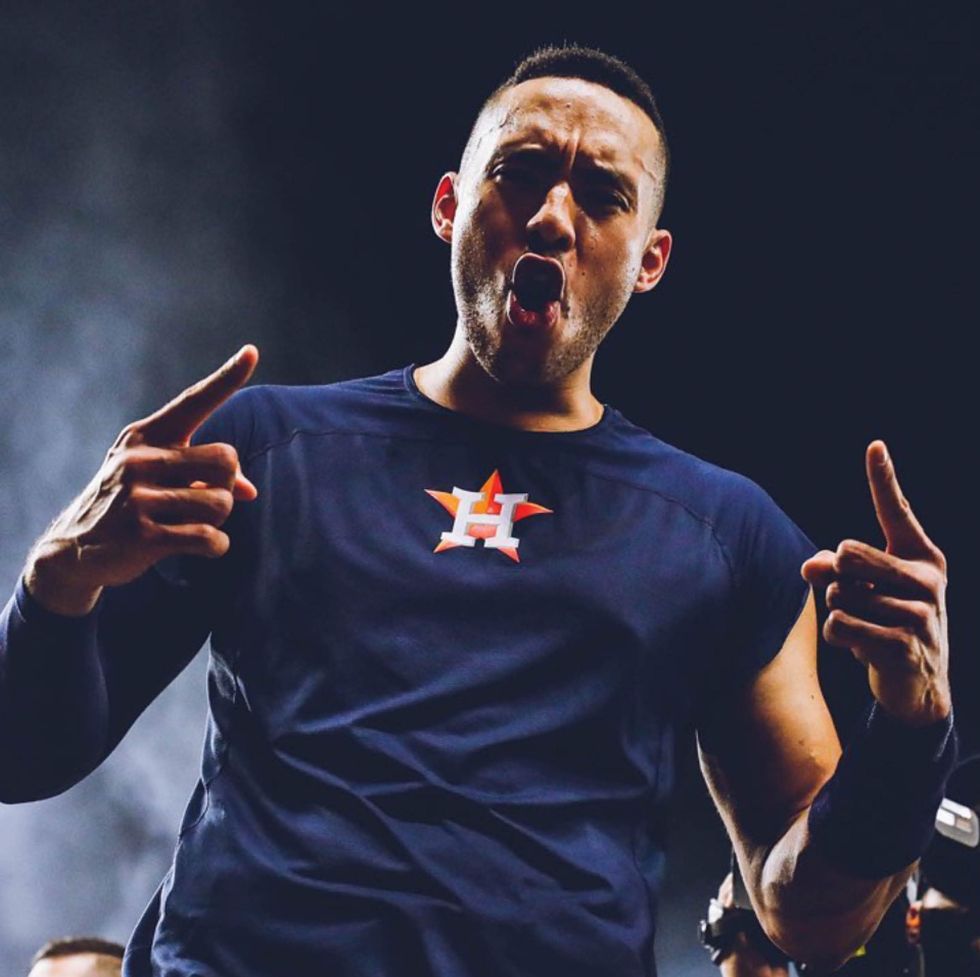 1 The 2019 Astros are one of just 10 teams in baseball history to finish the regular season with 100-plus wins for the third year in a row.

2 Justin Verlander and Gerrit Cole each pitched 20 or more winning games in ’19 — a first for any pitcher pair on any team since 2002.

1 This year, the Astros became the first team in history to go an entire regular season without doing what?

A walking a player intentionally

B hitting into a double-play

2 Which Astro this year broke the team’s all-time record for most RBIs in the post-season?

3 The 2019 Astros led the league in the total number of regular-season strikeouts: 1,671. This is the second-best total for any team in history. Who’s No. 1?

4Astro Jose Altuve has done what every year for the last six seasons?

A hit at least 30 home runs

B stolen at least 30 bases

C maintained a batting average above .300

D driven in more than 70 RBIs