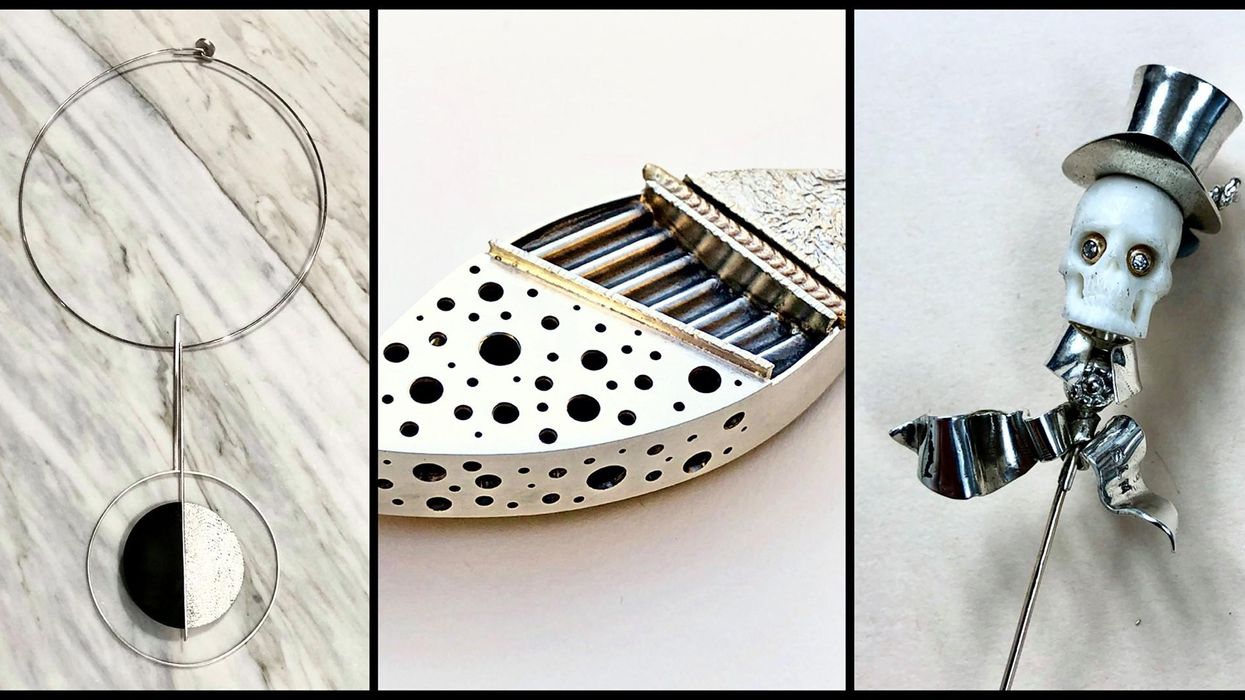 Finding unique and meaningful holiday presents can be a challenge any year — and, as most things are in 2020, that process is made even more difficult by the ongoing pandemic. But one artist's pop-up promises a curated collection of giftable, one-of-a-kind jewelry, inspired by and reflecting on this crazy year.

Loot is a showcase of Edward Lane McCartney's quarantine creations, available to browse now through Christmas Eve inside Hooks-Epstein Galleries on Colquitt. The artist began crafting the pieces back in March, a time when he was "grateful for the lack of outside distractions" and a chance to focus on his work. "I was getting more of just what I thought I wanted," he says, "more time alone in my studio. I was very productive and it was great for a couple of months. Then reality set in."

McCartney had difficulty focusing with everything going on in the world, and had periods of inaction. "Initially I resisted the temptation to respond with my work to Covid, but its influence crept in, and I found I had a body of work." All of the materials used in the jewelry were things he had on-hand at the beginning of quarantine — gold, silver and semi-precious stones, "with some ebony and carved bone to boot." Prices range from $75 to $900.

McCartney says he's particularly fond of his neckpiece series called Isolation. "They're comprised of sterling and an isolated ebony element captured within a geometric border," he says. "They are minimal, devoid of excess, and reinforce my feelings of being apart."

The pop-up caps off a year that the artist says was "difficult, frustrating and uncertain." A solo show of his work — for which he had been preparing for two years — opened at Hooks-Epstein right when the city shut down. "It was crushing," he says, noting that the work remained in the closed gallery for months. But he also says that the industry has pivoted, with many galleries showing and selling by appointment or even over Facetime and via email. "We've learned and adapted and now have new tricks in our repertoire," he says. "After all, isn't that what being a human being is all about?"