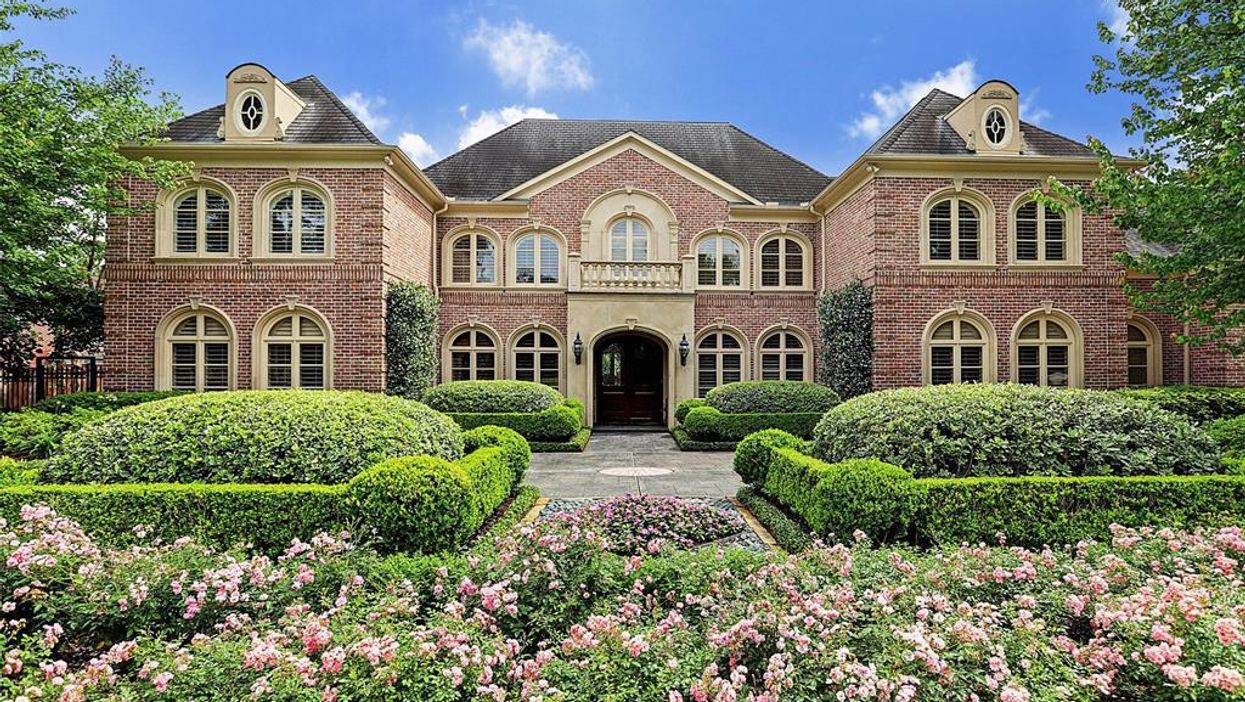 39 WEST RIVERCREST DR. Listed for a cool $7.5 million, and said to have gone for something like $6.8 million, this eight-year-old spread on 3.5 acres in the Rivercrest section of the Memorial area boasts seven bedrooms, seven and a half bathrooms and a spacious guest house. There's a pair of two-car porte-cocheres and, adjacent the master suite, a fitness center.

402 TIMBERWILDE LANE This close-in Memorial setup was listed for $7 mil and appears to have fetched about $6.8 million. Six beds, six full baths, two powder rooms. Its unique selling points include a first-floor library with a fireplace, multiple covered porches and a vast wooded backyard that's said to feel more like a private park than a lawn. There's a tennis court near the pool.

2924 CHEVY CHASE DR. After just a month on the market, this stately red-brick affair in River Oaks went for about $6.8 million, just a hair under its list price. There are six bedrooms, seven bathrooms and two half-baths. Key features include a huge family room with its own dining area that opens completely to the outdoors, and a garage that can double as an entertaining space that does the same.

1317 NORTH BLVD. This hot property in the leafy old Broadacres neighborhood between the Museum District and Rice only lasted eight days on the market, apparently fetching its list price of $5.8 million. It was designed by the famous John Staub and its four full bathrooms and two halves are said to be laden with fancy design accents imported from Europe.

3720 DEL MONTE DR. In River Oaks, this new construction seems to have fetched nearly every penny of is $5.8 million list price after about two months on the market. Contemporary amenities here include a huge open floorplan created around the kitchen's marble island. The refrigerated wine room holds 600 bottles. The elevator and security cameras are already installed.

1600 POST OAK BLVD. A 7,500-square-foot, four-bedroom penthouse at the Cosmopolitan high-rise near Tanglewood has sold, having been listed at $4.9 million. You access this urbane, two-story stunner via a private elevator. There's a marble foyer, tech-savvy home automation system, double-island kitchen and, of course, jaw-dropping Uptown views.

3217 DEL MONTE DR. A classic River Oaks estate, surrounded by oak trees, set on some 26,000 square feet of grounds near River Oaks Country Club, seems to have drawn something very close to its asking price of $5 million. Built in 1954, the five-bedroom spread, which is said to get great natural light, has been well updated. The fireplace-lit living room opens to a separate study. The ceilings in the master suite are coffered.

3657 OLYMPIA DR. After less than two months on the market, this sunny, Euro-fabulous affair may have fetched more than its list of $4.25 million; HAR gives a range of sales prices that top out at $4.4 mil. Stone and stucco out, marble and Venetian plaster in. There's a resort-style pool, two large terraces, multiple balconies and, in the front courtyard, a summer kitchen.

45 AUTUMN CRESCENT The only suburban property to crack the top 10 in April was also apparently the fastest to sell — at seemingly well above its list price of $3.9 million. After just three days on the market, this crisply updated setup in The Woodlands landed a price tag as high as $4.4 million, per HAR. Think Italian stone, huge commercial windows and open-floorplan arrangements. There's a floor-to-ceiling marble fireplace in the second great room.

6 GLENNDENNING LANE In the Memorial area's Hunters Creek Village, this bright, 21-year-old spread recalling a European resort apparently garnered about $3.8 million, when it sold in 20 days, after having been initially listed for $4.1 million. It boasts six bedrooms and seven full baths. There's an elevator, a pair of two-car garages and, naturally, a glam, cocktail-party-ready pool.