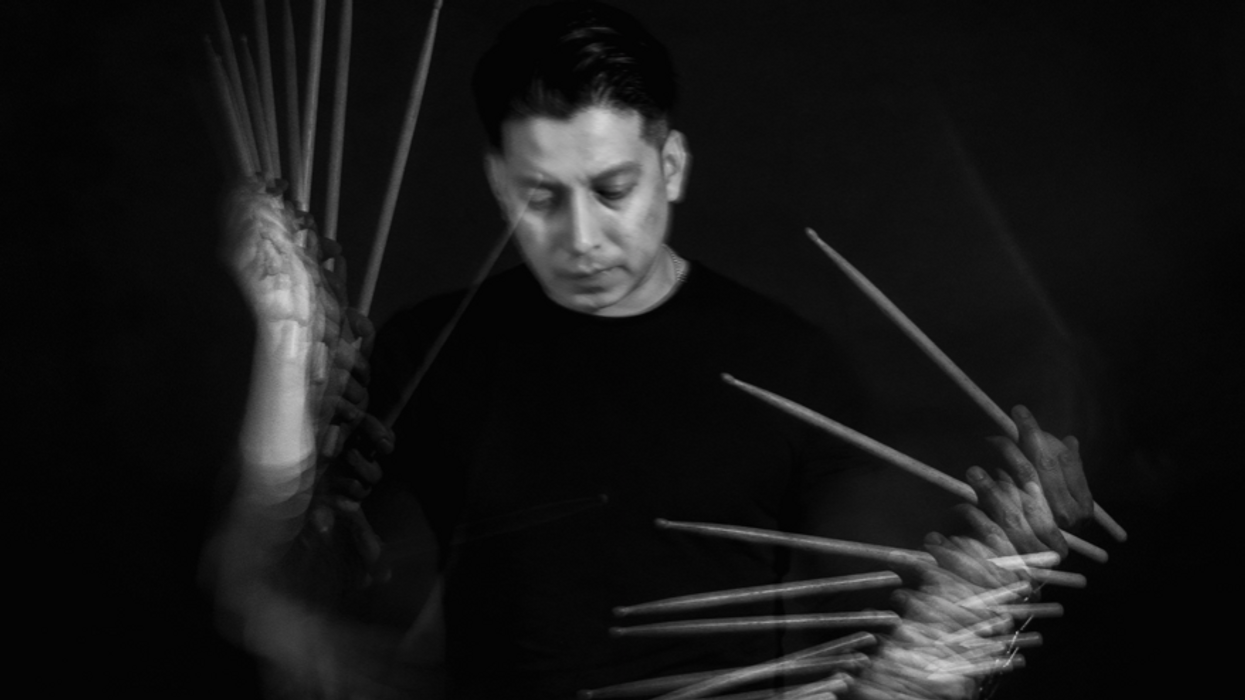 ALEX HOWARD, 25, misses the bands, the energy of the crowd, and the floors shaking at Fitzgerald's. Not only is the storied concert venue of indie Houston lore gone, the Covid-19 pandemic has nearly silenced the local live-music scene entirely. As a music photographer, Howard's work has also seen a final curtain of sorts. She just had a gallery show at Phoenicia's MKT BAR in Downtown, A Year Without Live Music, featuring portraits and concert shots of around 30 artists — including Erykah Badu and Tame Impala — but otherwise things have been uncomfortably quiet.

Howard, a spry Columbia University graduate, grew up in Houston. She attended The Awty International School, and as a teen forced her mom to drive her around the city to concerts. When she moved to New York for college, she found herself working just as hard at securing backstage access to concerts as she did on her sociology schoolwork. She fell in love with photography late in her college career, and for her senior-year spring break, she snagged a position on the in-house photography team for SXSW in Austin. After graduation in 2018, she applied and was accepted to the Neue Schule für Fotografie (New School for Photography) in Berlin. ("I applied in secret, actually, because my parents were more interested in me becoming a lawyer than a photographer," she says.)

"I attribute my open-mindedness and love for languages to Awty, and Berlin was a similar environment to that. My classes were so international, people from all over, and it was a great way to experience other cultures and perspectives through their photography projects. It was very supportive, encouraging, and never felt like a competition." The program not only helped her hone her skills, but also landed her a job at music magazine KALTBLUT, as well as a contract deal with Iceland Airwaves, the nordic country's leading music festival. The exposure to bands was enormous, and Howard formed lasting relationships that ultimately lead her passions into a career.

Then the pandemic hit, right as Howard was flying to Texas last spring for another year photographing SXSW. She rerouted to her parents' house, and she's been in Houston since. She's rediscovering her hometown's music scene, and she sings the praises of Satellite Bar in EaDo, which she says is a hotbed for local talent. Still, she's worried about the longterm effects of the past year on the industry. "Most musicians, especially indie ones, make their money off touring," she say. With that not happening, people aren't able to make ends meet. Some things are going digital, but she says buying merchandise and vinyl is one way to support right now.

During the slowdown, she's taught herself to play the drums — a major accomplishment since she's never considered herself musically talented — and she's continued finding ways to shoot musicians even with big concerts are on hold. The show at Phoenicia was a great chance to slow down and do a retrospective, editing and curating through thousands of shots, and she recently shot a series of her drum teacher Isaias Gil that combines the static nature of photography with the dynamics of movement and live performance. She's also taking business classes at Rice University's Glasscock School of Continuing Studies.

As the light at the end of the tunnel nears, Howard remains confident the music industry will come back stronger than ever. "Being in the same space, something magical happens between all these people who love something shared," she says. "For the band to hear their own lyrics sung back to them, you can't replace that via Zoom."

All in the Timing: Hublot’s Ben Zemen Makes Big Move to H-Town