The
Magazine
The
Podcast
Style 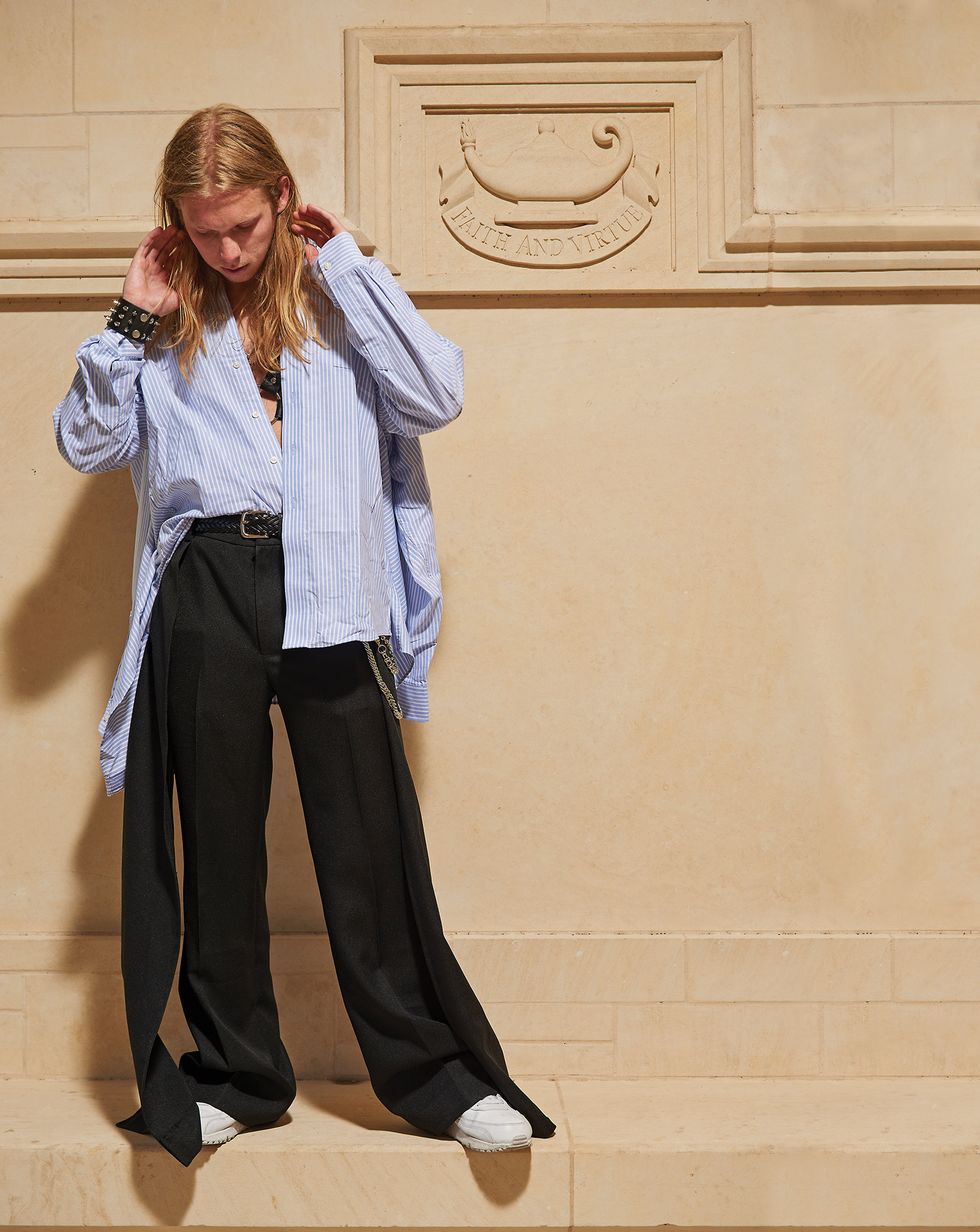 Early in the summer, Houston menswear designer Preston Boyer, 24, found himself on the 26th floor of One World Trade Center in the headquarters of Vogue, yukking it up with Accessories Director Selby Drummond. They were chuckling over YouTube reviews the nascent designer had made of designer sneakers in his early teens.

While the popular — and consistently trolled — videos were Boyer’s first claim to fame, Drummond didn’t base the invitation to her office on the fledgling designer’s early ability to command an audience online. Boyer got the invitation to “Maison Vogue” for one simple reason: He has a savant-level ability to create edgy yet high-end collections that blur the boundary between streetwear and high fashion. And people, including staffers at fashion mags, are starting to notice. “I knew I only had one shot, so I didn’t want to mess it up,” remembers Boyer of the storybook meeting. “I had a whole suitcase of clothes with me. I basically brought the entire showroom to Vogue!”

Although Boyer’s line, Preston Douglas, has presented just three collections so far — since its introduction early last year — the line is clearly turning heads. Hip website Highsnobiety invited Boyer back to New York later in the summer to take part in its collection at Capsule New York. He also landed a presentation with the Council of Fashion Designers of America, the first such opportunity for a Houston menswear designer.

On Sept. 19, Boyer will launch his fourth line, “Saint John’s,” with a runway show in the renovated Hogwarts-meets-Harvard great hall of his alma mater, St. John’s, the Houston school that he attended for 13 years. Inspired by his old uniforms, the collection, which he describes as a mix of Chanel and Balenciaga, will explore themes of not belonging. “It’s basically a reinterpretation and exploration of the emotions that were tied to that uniform for me,” says the designer, who’s now a senior business major at UH. “This next collection is definitely going to be a bit of a step forward, a bit more mature and edited. More luxury than streetwear.”

With floor-length ties, elongated-sleeve shirts and bondage-inspired leather accessories, the collection reads very Holden Caulfield — albeit as a late ’90s, skater-punk prep-school version. And if one thing is for sure, it’s that Boyer has managed to score the perfect venue for his high-fashion-meets-fashion-rebel show. “It’s going to be the best runway show Houston has ever seen,” he says with a mischievous smile. “I’m positive of that.”