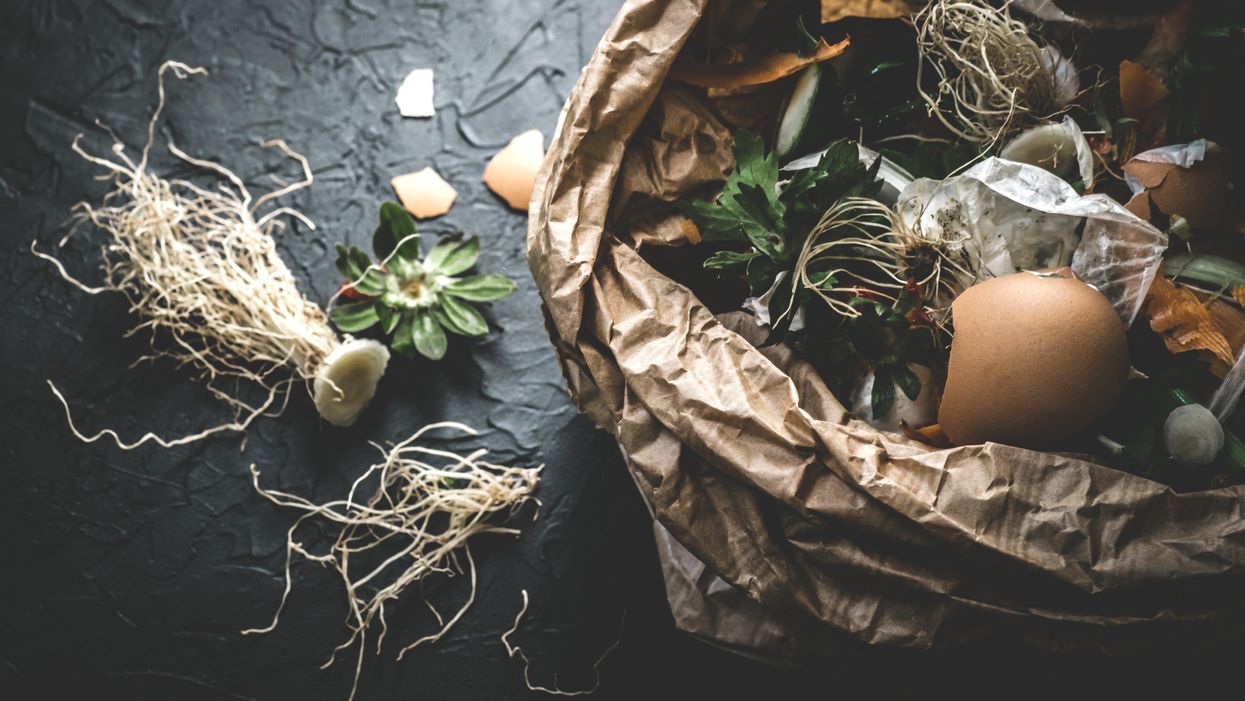 JANUARY MAY BE nearly over, but it's not too late to get the ball rolling on a resolution. And if a greener lifestyle is something you're committing to this year, two Houston companies are making it easier than ever.

Composting is a great way to kickstart eco-friendly habits. Think of it as organic recycling: Yard trimmings, food — from veggie scraps to egg shells and coffee grounds — and even shredded newspaper and cardboard from takeout containers will decompose over time, and can be reused as fertilizer. Compost is rich in nutrients and beneficial organisms; it will not only help users' yards and flower beds grow, it also reduces methane emissions from landfills.

Happy Earth Compost and Moonshot Compost are two Houston-based companies that seek to make composting accessible for all, even those living in small apartments. They provide buckets in which users collect waste, then set it outside their door or on the curb to be picked up and replaced with a new, empty bucket. This method keeps composting moving quickly, doing away with anything that might start to smell. But both companies have additional ways of combating stink, offering two buckets: Pour the waste from a ventilated indoor bin into the larger, lined outdoor one at the end of the day, and presto! Problem solved.

Happy Earth launched last year as the city's first subscription-based curbside compost service, with customers choosing a weekly, biweekly or monthly pickup schedule — or opting to drop off their own waste at locations around town, such as at farmer's markets. And Moonshot, which also offers a service through which users can donate their compost to a community garden in Montrose, was started a few months ago by a pair of brothers-in-law, who have since begun coordinating compost services for ConocoPhillips, Rice University and local restaurants.

"Houston is working toward environmental sustainability in several ways, including the Mayor's Climate Action Plan that develops strategies to minimize the city's carbon footprint, as well as save money and improve the quality of life of residents," says Moonshot co-president Chris Wood. "Benefits include decreased traffic and congestion, improved air quality, better access to parks and green spaces, and cost savings through energy efficiency projects."

"As individuals," adds the company's Joe Villa, "we can all reduce our carbon footprints by making incremental changes in daily routines."