Gerald Hines Reflected on His Life and Achievements in 2015 Interview

The famous developer passed away yesterday at age 95. 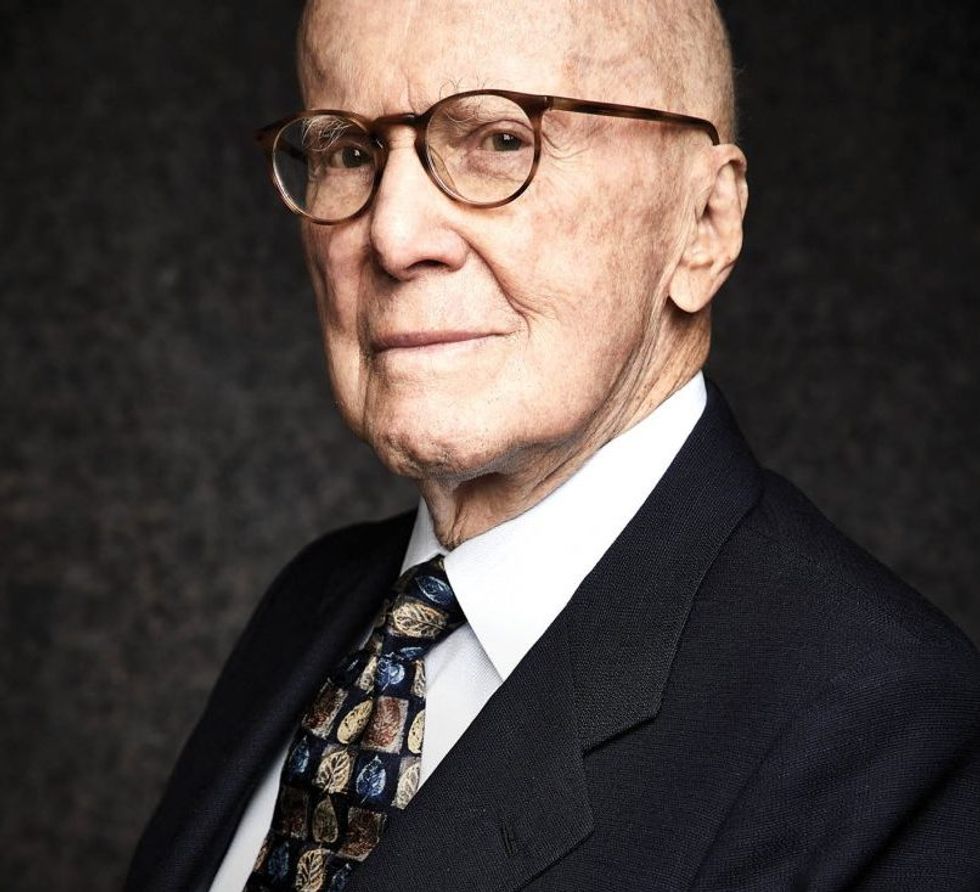 Gerald Hines of Houston, one of the world’s most successful developers, and namesake of the University of Houston’s architecture school, passed away yesterday, at the age of 95, at a family home in Connecticut.

His credits include the Galleria and Pennzoil Place in Houston, as well as other iconic structures the world over — like New York’s oval-shaped and pinkish Lipstick Building by architect Philip Johnson, and Frank Gehry’s half-traditional, half-spectacle DZ Bank building off the Brandenburg Gate in Berlin. Founded in the 1950s, Hines’ private Houston-based company, known simply as Hines, has about 3,500 employees worldwide and does business in 24 countries, with about $111 billion of assets under management. He developed or acquired well more than a 1,000 projects — as close as a few blocks from his River Oaks mansion and as far away as Beijing.

Hines, the father of four and grandfather of a large brood, had an extraordinary nine-plus decades in business — during which he made many friends, who like President George H.W. Bush, tended to call him Gerry. It was Bush who spoke on his behalf when he as honored by the National Building Museum in 2000, noting how the developer had “envisioned Houston as a city of beautiful buildings” and how he’d “enlisted the help of great architects to build buildings that make people proud.”

“I just like building,” Hines told CityBook editor Jeff Gremillion in 2015, who was on assignment for Houston magazine at the time. “And I like great architecture. Some people have scorecards for just money, but ours is a lot more than that. It’s about creating better places.” Of course, the money wasn’t bad either. Hines was said to be a billionaire.

Hines, originally from Gary, Ind., moved to Houston in the 1940s because four Sigma Chi fraternity brothers from Purdue had come here first. His first residence here was the YMCA. His first development projects were some warehouses on Richmond Avenue, and then The Willowick luxury high-rise condos, which he struggled to sell. “Hardest 3 percent I ever made,” he said.

Bigger successes soon followed, included his breakthrough project, One Shell Plaza. Partnering with architect Bruce Graham and structural engineer Fazlur Khan, Hines in the late-1960s built what was at the time the tallest concrete building in the world. “And, at the same time, we did the Galleria,” said Hines. “That was crazy.”

Did the developer have any idea what the Galleria, or Houston itself, would become? No. “I just went along for the ride. And being in Houston, Texas, at the time, being part of the growth of Houston, and having the freedom to build, with no zoning… It created great innovation.”

Hines was famous for his partnership with famed designer Philip Johnson, and Johnson's colleague John Burgee. They did 15 projects together, including Pennzoil Place, whose basic design from a birds-eye view — two trapezoids in counterpoint — Johnson first sketched on the back of a napkin on an airplane and handed to Hines. “That’s an interesting idea,” Hines recalled telling the iconic artist-architect.

The late developer was practical about his love of great architecture. “To add to the environment is extremely important. You get a reputation for outstanding quality and operation, and that gets you tenancy. A good reputation is the best way to lease.”

Gremillion asked Hines how he’d like to be remembered. “As innovative, quality-oriented, with integrity,” he said. “And for the Galleria, which is unique. And for our contribution to the art of the city: the cityscape.”