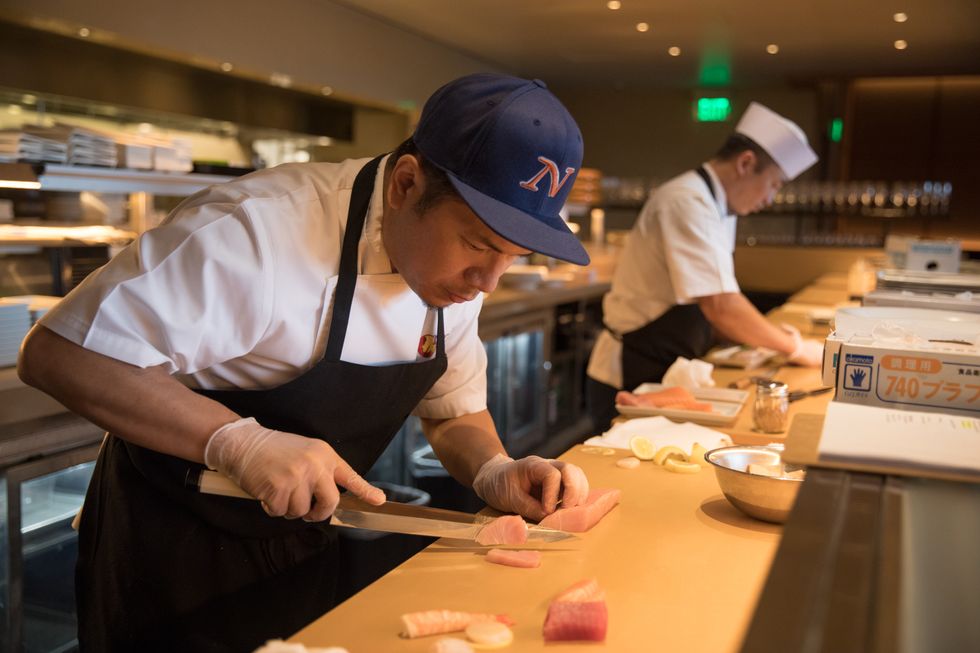 Justin Yu, Bobby Heugel and Steve Flippo have teamed up to open Squable in the space which once housed Southern Goods in the Heights. The restaurant and bar, which will initially only be open for dinner, will boast a menu of European-inspired fare with a hefty focus on wine. 632 W. 19th St.

Husband-and-wife team Monica Fallone and Luis Mancera have transformed their longstanding Borgo Food Station into Mina Ristorante, a new concept with a menu inspired by Borgo’s meals-to-go, but which will allow people to dine in comfortably and kick back with a glass of wine — the list will include both traditional and organic labels. 3641 West Alabama St., 832.940.2126

Galleria shoppers can now enjoy Nobu for lunch Friday through Sunday, with the swanky sushi house offering reinvented lunch classics like the Nobu Caesar with Jidori chicken umami and a signature bento box accompanied by miso soup. In the Galleria, 832.987.2599

When life gives you lemons … go to brunch! BB Lemon has launched weekend brunch available from 11am to 3pm with standouts including pigs-in-a-blanket with spicy mustard and gooey beer cheese; caramel- and candied walnut-topped banana pudding French toast; and carafes of blood orange mimosas. 1809 Washington Ave., 713.554.1809

After a six-month renovation, Uptown Sushi has reopened with a new look. The longtime staple has returned with its familiar menu, but has revamped its interiors to debut chic new walls and seating. 1131 Uptown Park Blvd., 713.871.1200

A’bouzy has kicked off a weekly happy hour, available every Thursday from 3-6:30pm featuring food and drink specials all around $5. Guests can pair steamed black mussels in white wine sauce or sautéed Gulf shrimp served scampi-style with Bell Provencal Rosé or a citrusy South Side. 2300 Westheimer Rd., 713.722.6899

Yia Yia Mary’s, has also launched a new weekday happy hour from 3-6pm. Classic small plates like hummus, grilled calamari and stuffed grape leaves — the Pappas matriarch’s original recipe! — are all half-price. And as the mercury rises, kick back on the patio and cool off with Greek wine, beer and frosé, also at half price! 4747 San Felipe St., 713.840.8665

Flower Child will open its newest outpost at the Market at Houston Heights, a new lifestyle development set to debut early next year. This marks the third Houston location for the healthy restaurant concept — find vegan-, paleo- and gluten-free-friendly items aplenty — which opened a Woodlands locale earlier this spring. 1533 N. Shepherd Dr.

The Rooftop Cinema Club has resumed its schedule for the spring season, with movies including Selena on April 3, Crazy Rich Asians on April 8, Fight Club on April 15, Bridesmaids on April 23 and many more. The open-air theater features eats from Good Dog and a full bar for a memorable movie experience. 1700 Post Oak Blvd., 863.434.8725

WITH SPRING NEARLY over, Houston Contemporary Dance Company is ready to wow audiences with two performances before the summer officially arrives.

The First-Ever Art Bike Festival Is Next Weekend! Here’s the Wheel Deal