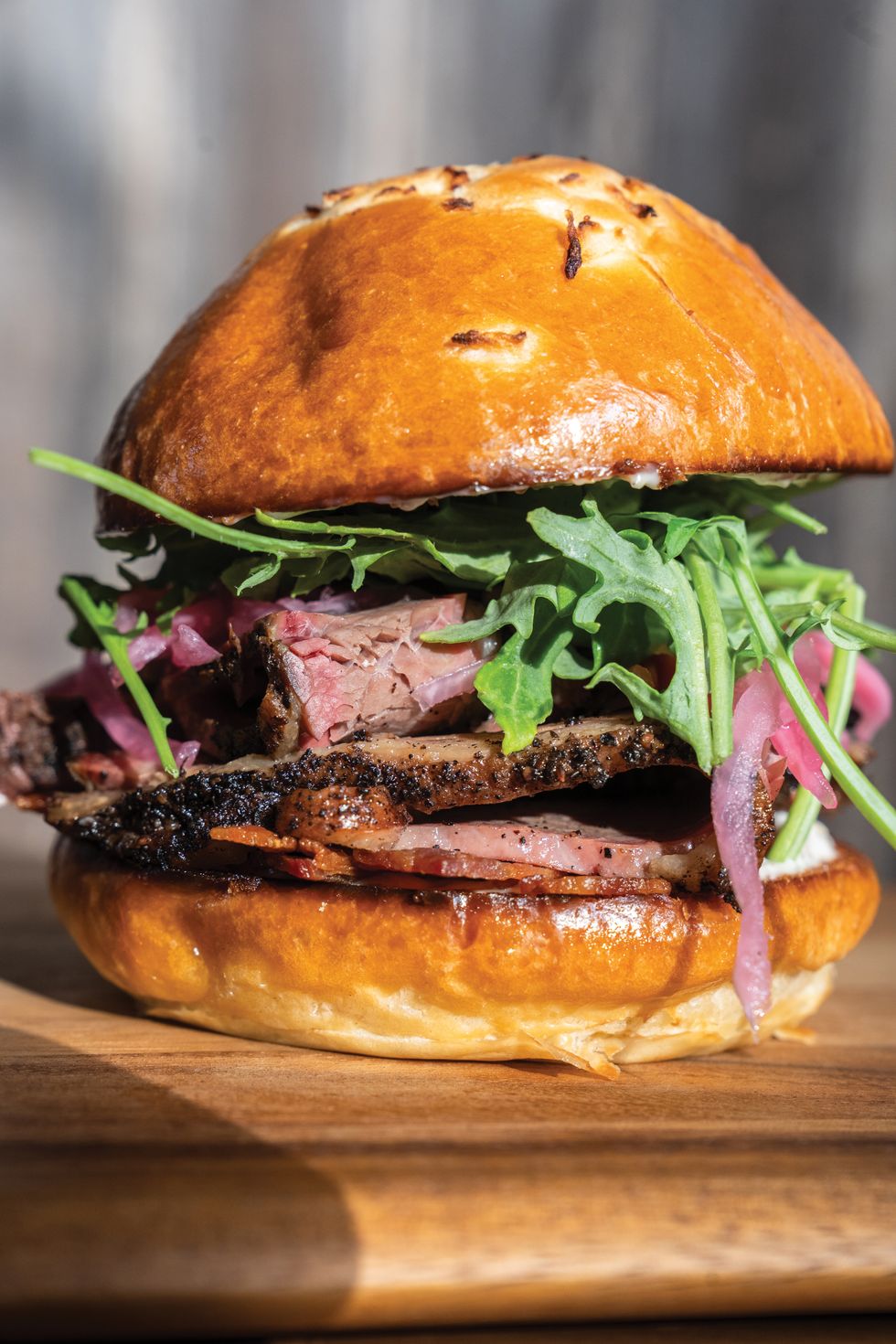 Downtown dwellers have a new go-to in Wells Fargo Plaza. Open from 7am-7pm, Adair Downtown is an adorably appointed, multifaceted restaurant: There’s a gourmet coffee bar, a grab-and-go market with sandwiches and hot lunches, a sit-down restaurant, and a cocktail area — with a showpiece white marble waterfall bar — that spills out onto an outdoor patio. 1000 Louisiana St., 713.554.0006

Guilt-free comfort food? Anything is possible — especially at the still-new Ember & Greens in Memorial. Globally inspired, scratch-made plates for lunch and dinner incorporate ingredients from local purveyors, and include items like picadillo samosas. 9403B Katy Freeway, 713.465.3333

SusieCakes and JuiceLand are the latest businesses to join Mod Pizza, Antone’s, Roti Modern Mediterranean and more in a strip situated at the base of the new Westin hotel on Fannin at Dryden, adding a much-needed array of fast-casual dining options for Med Center personnel, patients and residents.

Less than a year after opening Killen’s Steakhouse in The Woodlands, prolific pitmaster Ronnie Killen has announced plans to open a barbecue outpost nearby, in Shenendoah. Throughout the spring, he’ll pop up inside the Loop with previews of his simply named Killen’s, which will occupy the former Hickory Hollow building off Wash Ave later this year.

Beloved pizza joint Home Slice, which has been a staple in Austin for 15 years, will debut its first location outside of ATX in Midtown — but pizza lovers will have to wait a little while. Since it won’t open until 2021, Houstonians can spend the next year working up an appetite for Home Slice’s pies, subs and salads. 3701 Travis St.