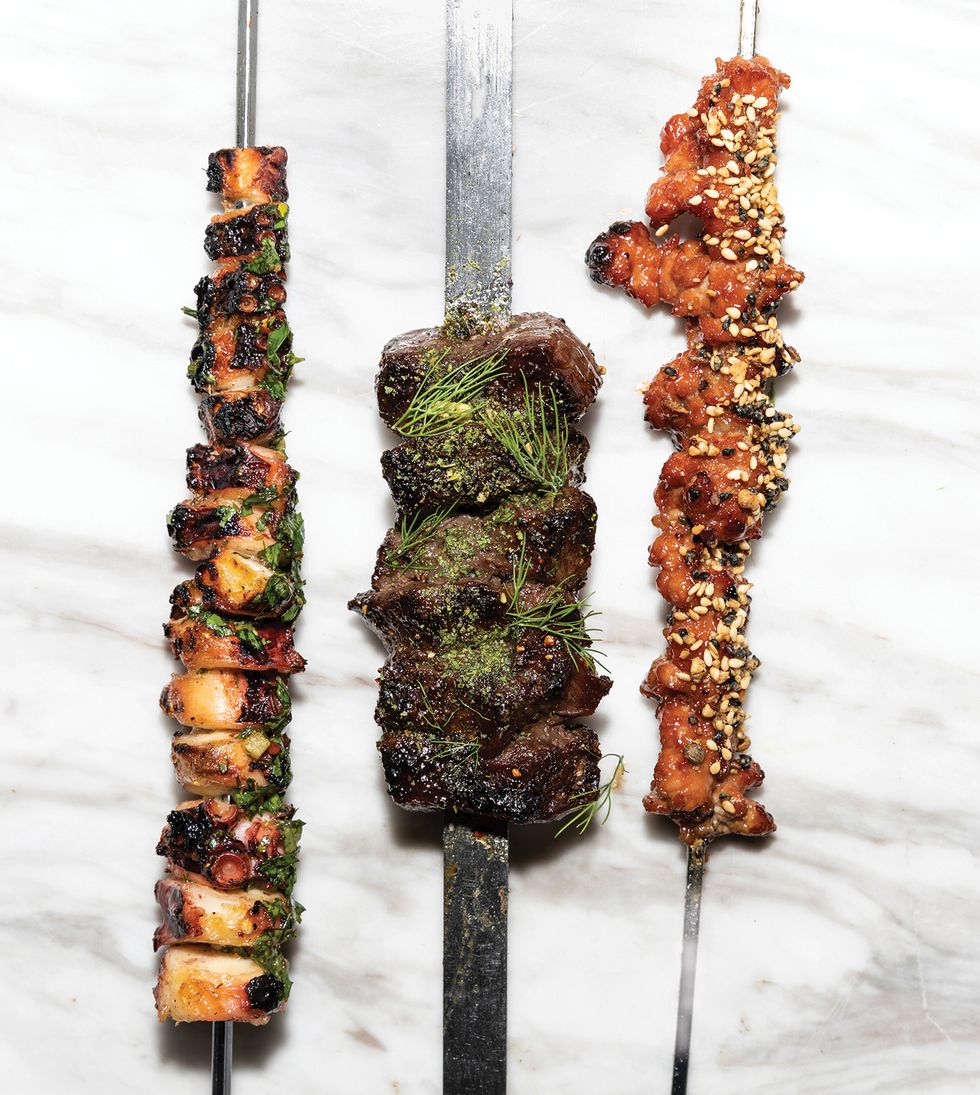 Around the curve, One Fifth’s latest iteration One Fifth Mediterranean has bowed, and will remain open through July of next year, touting unique takes on the cuisine inspired by chef Chris Shepherd’s travels to the Eastern Mediterranean and Northern Africa. Expect family-style and shareable plates and an impressive range of housemade condiments, like schug, amba and harissa. 1658 Westheimer Rd., 713.955.1024

Coming soon: Former general manager of Tiny’s No. 5 Brian Doke will open Savoir in the Heights next month. In addition to a hefty wine list, guests can look forward to noshing on housemade pasta. 1344 Yale St.

Fans of the famed chicken-fried steak at Hickory Hollow have until January to get their fill, as the favored restaurant will shutter its Heights location after 31 years. But don’t fret — its Fallbrook location will remain open for any serious chicken-fried-steak cravings. 101 Heights Blvd.

Ready or not … Hidden in plain sight in the heart of the Heights, craft cocktail bar The Ready Room homages the city with a menu categorized by wards. Sample the sparkling-wine-based El Segundo from the Second Ward list or, better yet, the boozy, rum-savvy Jungle Bird from Sixth Ward. 2626 White Oak Dr.

The spotlight is on North Vietnamese-style pho at Flying Pho, now open in Garden Oaks. Preparation of the pho bac is traditional and simple, with beef in a rich and savory broth, and a generous helping of wide rice noodles garnished with green onions. 3434 Ella Blvd., 713.360.6413

The famous Montrose Mining Company bar, once one of the stalwarts of the old Montrose gay scene, will get new life as a trendy neighborhood wine café. Postino, the Phoenix-based wine café that has been a popular spot in the still-new Heights Mercantile development, will expand its $5 glasses of wine before 5pm, paninis and shareable boards of bruschetta to Montrose in early 2019. 805 Pacific St.

Save your travel time and score a Roman-inspired pie at West U’s new BYOB pizza bar Pizza Motus. You can choose a “red” or “white” (no sauce) pizza, and fresh toppings like artichoke hearts, cherry tomatoes and gooey goat cheese rest atop a light, airy crust. 6119 Edloe St., 832.767.3450

Dallas-based Shell Shack has opened its first Houston location in the Washington Corridor. The menu features choose-your-own-adventure-style options with boiled crustaceans and custom add-ins — such as extra spices, sausage and veggies — alongside fried platters and classic grilled sandwiches. 2412 Washington Ave., 832.998.8000

One year after Harvey caused storied Downtown restaurant Spaghetti Warehouse to shutter, the restaurant group has announced that the concept will become Warehouse 72, at Marq*E Entertainment Center. 7620 Katy Fwy.