At the Cannon, a vast co-working space and startup-incubator outfit coming together in west Houston, CEO Lawson Gow is courting the next wave of hip entrepreneurs. 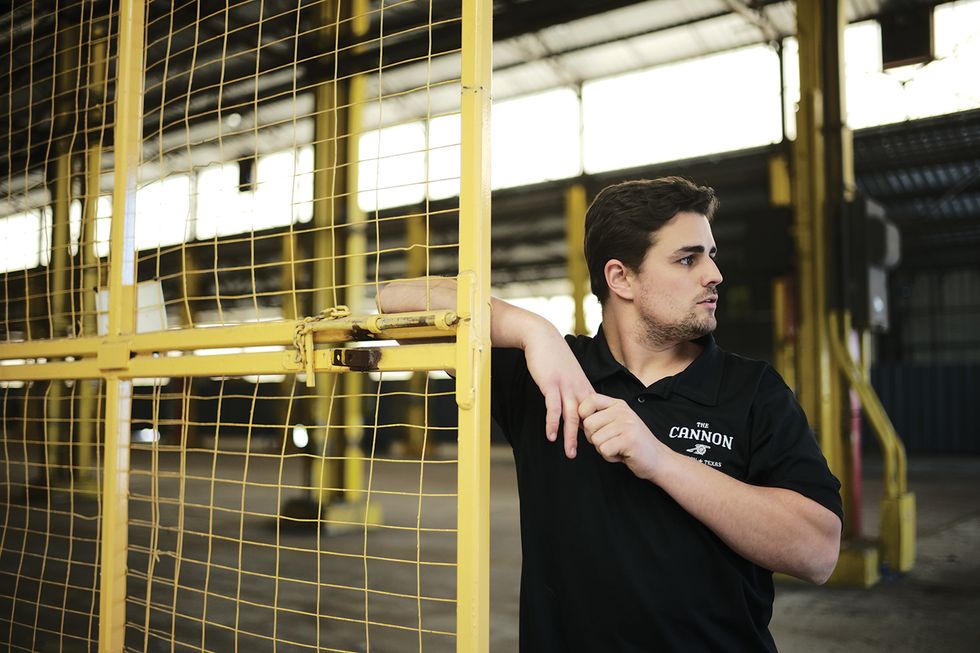 We are building the largest startup incubator and co-working space in the world,” says Lawson Gow, CEO of the Cannon, a 120,000-square-foot facility opening in stages in west Houston near the intersection of I-10 and Beltway 8. The space will accommodate more than 1,000. “It is going to be Houston big.”

Initially, the project was projected to cost $70 million, but will cost much more now that the vision has expanded to an “innovation campus,” covering 30 acres. The campus will be called the Founders District, of which the Cannon will be the centerpiece. Once fully realized, it will include an exhibition center, onsite micro-housing, a gym, retail and sporting fields. “It will have everything you could possibly need to work and live on the grounds,” says Mark Toon, one of the project’s backers. “There’s even a church.”

The seed financing comes courtesy of Work America Capital, a venture capital fund founded by Toon and his partner Jeff Smith; former City of Houston CFO Kelly Dowe is also attached. “Our aim is to use local money to invest in local startup and early-stage companies in Houston,” explains Toon.

Work America Capital moved from a tony office on Post Oak to the Cannon, out of which several of its other portfolio companies now work, as well. There’s an eclectic range of companies and clientele, from the Polish Chamber of Commerce to FanReact, a tech firm that offers social media and streaming focused on sports. “It’s rare to be able to walk out of your office, go down the hall and see all of your CEOs in a single stroll,” says Toon. During one March visit to the Cannon, two of said CEOs were blasting away on a ping-pong table as March Madness played on flat-screens, all while beer chilled on ice, awaiting that afternoon’s Karbach-sponsored happy hour. So far, so Silicon Valley.

For his part, Gow thinks the city’s current dearth of startup incubators is ironic. “People here are not comfortable with the idea of investing in the startup scene,” he says. “But Houstonians have the blood of the Texas wildcatters, and we evolved from the biggest risk-takers history has ever known.” Gow is also working to establish a network of angel investors, known as The 8F Group, an allusion to the old investors club, that included Houston founding fathers William B. Hobby and George R. Brown and met regularly to discuss the city’s future in suite 8F of the Lamar Hotel.

“There is a real opportunity to create this culture, establish a movement, and help make Houston a more hip, cool and millennial-friendly place. We are ready to run through walls to make it happen,” he says. “It’s time to launch Houston 2.0.”

STEP OUTSIDE AND look around; you’ll see Spring is soon springing, and Houston Botanic Garden, one of the most beautiful natural spaces in the city, beckons.
Keep ReadingShow less
Art + Entertainment
Trending
parties