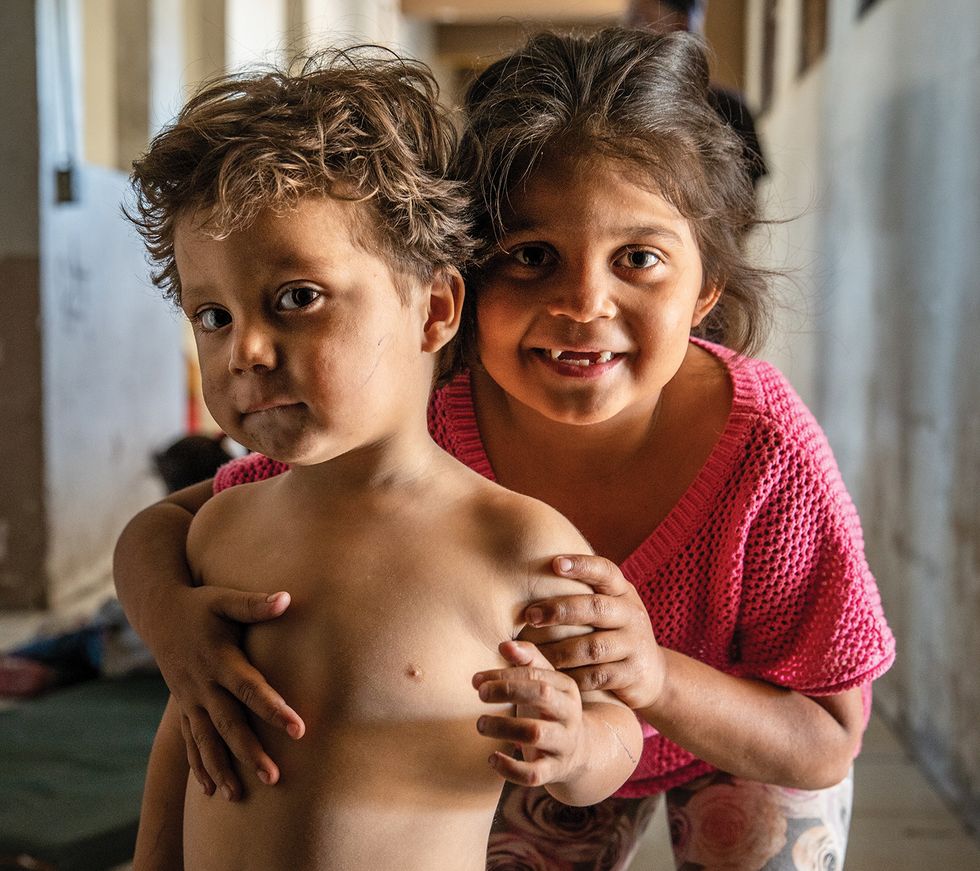 A larger-than-life Christmas tree shines brightly in front of City Hall; families ice skate hand-in-hand in the center of the Galleria; high schoolers dart to River Oaks to snap the perfect Instagram pic under tree lights. These scenes are emblematic of the holidays in Houston. But there are other kids in town struggling through complicated legal battles this season. In fact, Harris County welcomes the most unaccompanied asylum-seeking children in the whole country. But Houston is also home to KIND, Kids in Need of Defense, a national organization that offers pro bono legal representation to children fleeing violence for safety and hope in the U.S.

Many of the children that arrive here are leaving some of the most dangerous countries in the world, such as Honduras, Guatemala and El Salvador. Part of the organization’s work, according to President Wendy Young, is revealing the reasons why children are willing to make the intense trek to America. “Many come to escape gang and narco-trafficker violence,” she says. “Gangs target these children for forced recruitment and for sexual and gender-based violence. In desperation, when their governments can’t or won’t protect them, these children come alone to the United States to seek safety.”

The KIND Houston office is currently helping nearly 700 refugee children — some of whom were separated from their families at the U.S.-Mexico border and are being housed in government facilities — through the help of more than 100 volunteer partners in Houston. Members of law firms, corporations, law schools and bar associations represent kids in court, increasing their chances of staying in the U.S. and avoiding deportation back into danger, KIND says. According to Young, more than 60 percent of children who come alone to the U.S. have no attorney when they come before a judge; only 10 percent of these kids win their case. “No child should be returned to danger because they had to appear in court without an attorney.”

Immigration is a polarizing topic. But this holiday season, Young encourages all to see it as a humanitarian issue, telling the story of Mary, whose name has been changed to protect her identity. Thanks to the work of the team at KIND, Mary will be ringing in a new year in safety. “Mary came to the United States when she was 8 years old to escape gang violence in Honduras,” says Young. “She and her aunt were regularly harassed and threatened by gang members. No one in the community could help them. Mary’s cousin was killed for speaking out against the gangs. Her family feared for her life.” But KIND’s attorneys represented Mary, who was granted asylum.

“She no longer lives in constant fear, and can enjoy just being a child.”

AT TOP: In addition to helping unaccompanied child refugees in Harris County, KIND advocates for migrant children in Mexico, such as these young siblings, who are waiting to apply for protection in the United States.