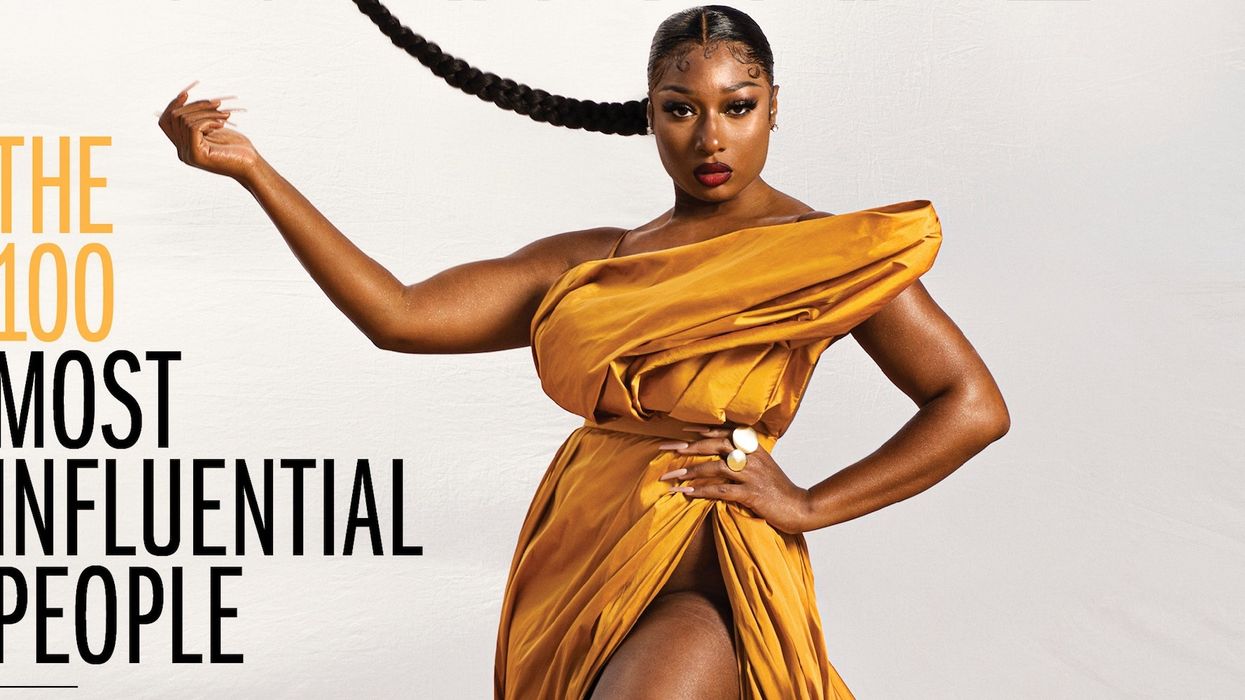 It's happened again! A celebrated pop-culture figure from Houston has landed on the cover of a national magazine. Megan Thee Stallion, the “Hot Girl Summer" musician who partnered with Cardi B on the risqué hit song “WAP," is the covergirl for Time's “100 Most Influential People of 2020" issue this week.

Megan joins Olympian Simon Biles and fellow music star Travis Scott as cover celebs. Biles appeared on the cover of Vogue in August, the image having been shot by famed photographer Annie Leibovitz in the Houston suburb of Spring. Scott fronted the September issue of GQ.

Named to the annual list of influencers, Megan was honored in an essay by Oscar-nominated actress Taraji P. Henson. “She's the epitome of tenacity," she wrote, “of pulling herself up by her bootstraps." Megan was photographed for the magazine cover at the Red Rocks outdoors theater in Colorado.

“Still I rise," she posted on Instagram, touting the accomplishment. “Young black woman from Houston Texas on the cover of Time magazine as one of the most influential people in the world."

In West Houston, in a nondescript shopping center at the corner of Memorial and Kirkwood, there's a hidden-gem boutique filled with treasures from all over the country called PepperLou Gifts. It's the brainchild of Ellie Cassady, a joyful 19-year old with different abilities, and her mom, Valerie. This holiday season, the duo has a ton of fun, festive events in the works at their store — which is named after the family's two cats — including plenty of holiday discounts and CDC-friendly ways to shop safely.