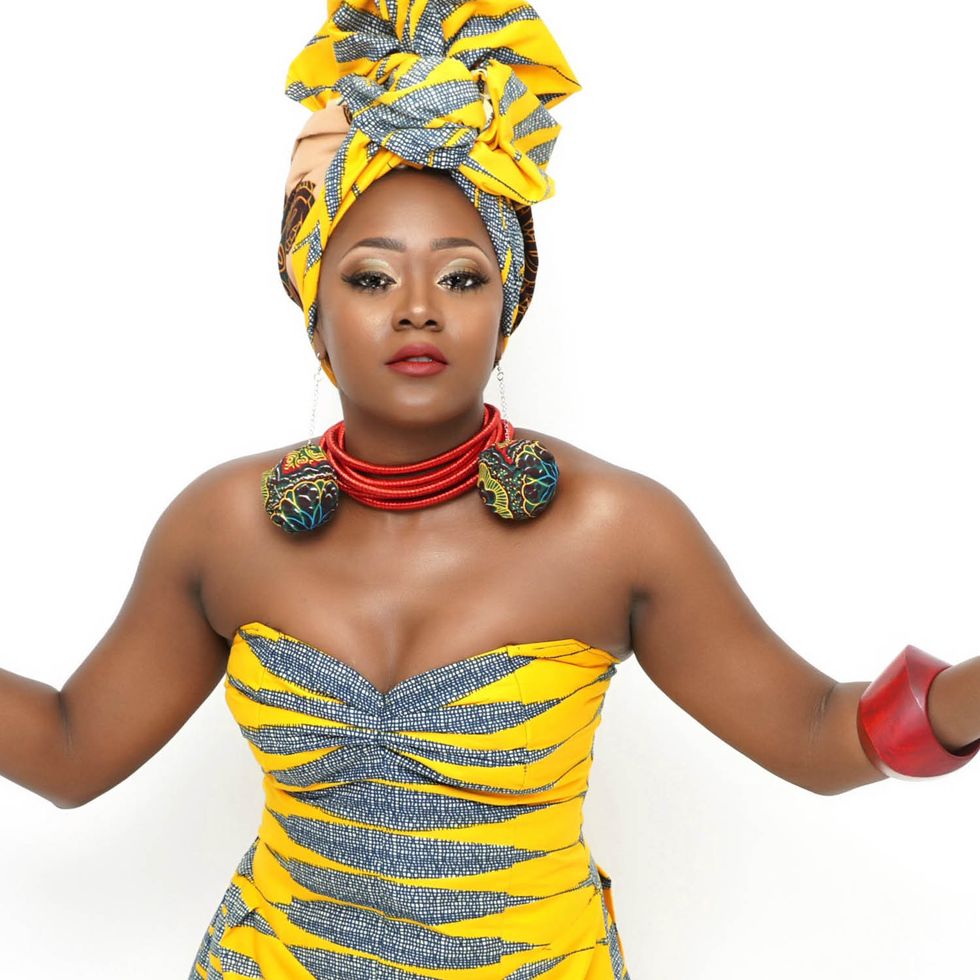 For a few seconds, there is only the sound of a falling rain, and a chord played on classical guitar. Then suddenly, a crash of thunder, and the mood is set for “Monandengue,” the first track on singer Vivalda Dula’s ambitious new album Dula, which drops Friday. The song describes the plight of children subjected to human trafficking and forced labor, and Dula’s voice is filled with strength and defiance, qualities she no doubt inherited from her mother, Marcelina, who passed away in May 2017.

“My mom was a very, very strong woman,” says Dula, who was born and raised in Luanda, the capital city of Angola, and relocated to Houston in 2012. “She was the first person to tell me to pursue my dreams.” Sadly, Dula was unable to travel to Luanda for her mother’s funeral, but stayed on the phone with her brother during the service. “The streets were completely full of people,” says Dula. “People were crying, saying, ‘If it weren’t for your mom . . .’. I knew she used to help people, but I didn’t realize how many people!”

Produced by Latin Grammy Award-winner Emilio D. Miler, with performances by international cast of stellar musicians recorded in studios around the world, including Houston, the sound of Dula is a rich blend of contemporary African and South American musical styles, with a healthy dose of American funk and R&B in the mix. Dula’s original music and lyrics are heavily inspired by her Angolan roots, and she sings several songs in Kimbundu, a language once banned from being taught in her native country’s schools during Portuguese rule. (Angola gained its independence in 1975, and then endured a civil war that lasted until 2002.) “My mother used to help me out with our native language,” says Dula who, like many Angolans, grew up speaking Portuguese. “She used to say, ‘Oh, you kids! You don’t know how to talk the language!”

Dula recorded all of her vocals for the album at Houston’s legendary Sugar Hill Studios. But after the death of her mother, with little time to mourn, and Miler already in Houston ready to work, Dula found herself behind the microphone feeling a level of emotional stress that threatened to prevent her from singing the songs she had worked so hard to prepare. “I was experiencing extreme anxiety mixed with a lot of sadness,” says Dula. “But Emilo knew how to conduct me through every stage of the recording.”

It was a tough process, but it worked. Across the album’s 12 tracks — from the thoroughly funky “Jisabu,” featuring Dula on congas and Houston jazz maestro David Craig on electric bass, to the dreamy ballad “Marinheiro,” which features Argentina’s premier string quartet the SurdelSur Quartet — Dula’s vocals are a joy to hear. Other Houston musicians on the album include singers Lizzy Howe and Joseph Patrick, drummer Kolby Kramer, and classical guitarist Marcelo V. Robert.

In the past, Dula’s mother helped to select the vibrant, one-of-a-kind fabrics and jewelry Dula wears on her album covers and in performance. (African textile patterns and colors share a deep connection with the music of the continent and the African diaspora.) With her mother gone, Dula admits she was at a loss when it came time to choose the fabrics for the new album. Fortunately, she found a kindred spirit in Philetta Kobbah Phillips, founder of Houston’s Fash Philetta Designs, who designed the stunning strapless dress and head wrap Dula wears on the cover of Dula and in the video for the album’s first single, “Mora Em Nós.”

Now the mother of a two-year-old girl, Dula remains committed to pursuing her dreams, dreams her mother understood and supported. “Sometimes, we make plans for our lives, but life takes us on a different journey,” says Dula, echoing the lyrics of “Mora Em Nós,” and upbeat ode to self-care and self-reliance. “It’s not other people’s responsibility to make us happy. True happiness lies within us.”