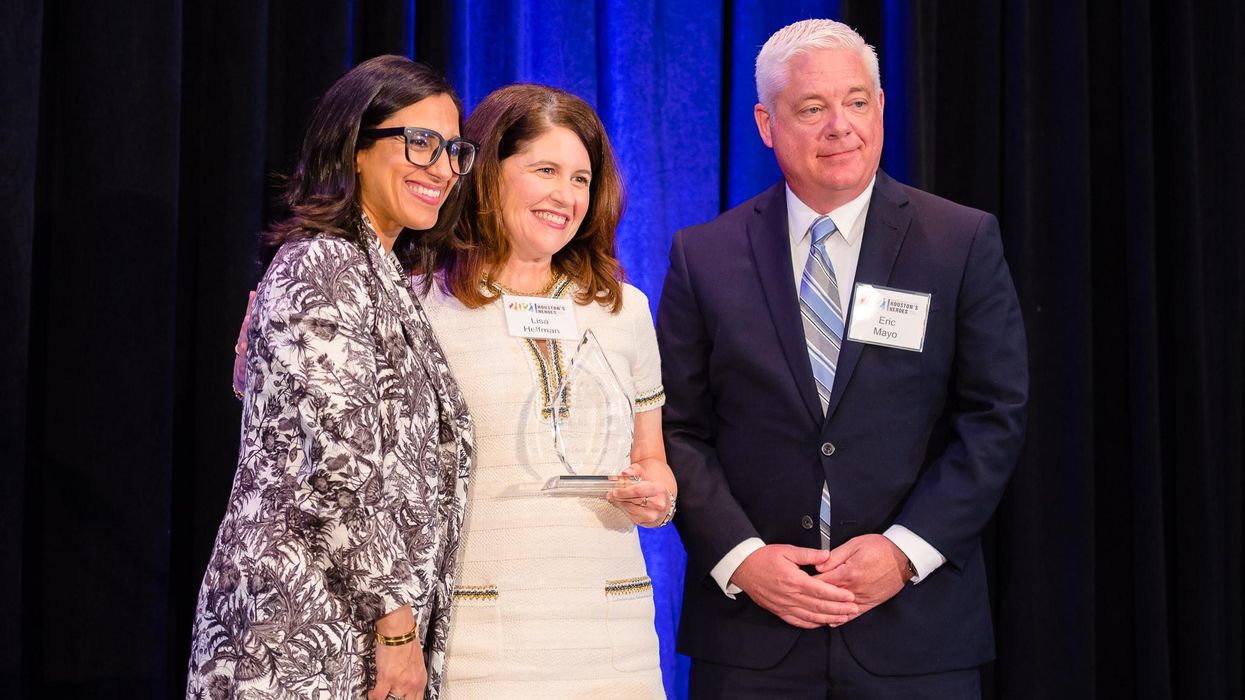 THE LUNCH BUNCH is finally back together! An in-person luncheon benefiting Crime Stoppers and celebrating ways in which Houstonians have made the city a better place during the Covid crisis was held in the ballroom of the Royal Sonesta.

Emcee Dana Tyson and Crime Stoppers CEO Rania Mankarious welcomed the crowd of around 220, and were joined by former Houston Police Department Chief Art Acevedo, who video-called in from his new post in Miami.

Additionally, H-E-B was given the "Corporate Citizen Award" in recognition of the company's support of Crime Stoppers programming and commitment to public safety, and Dave Ward himself presented the Dave Ward Media Excellence Award to KPRC News Director Dave Strickland.

In attendance were high-profile Houstonians including Harris County DA Kim Ogg, Mayor Sylvester Turner, Precinct One Constable Alan Rosen and HPD's new chief Troy Finner. For those who couldn't make it in person, the program was livestreamed, and donations are still being accepted online.