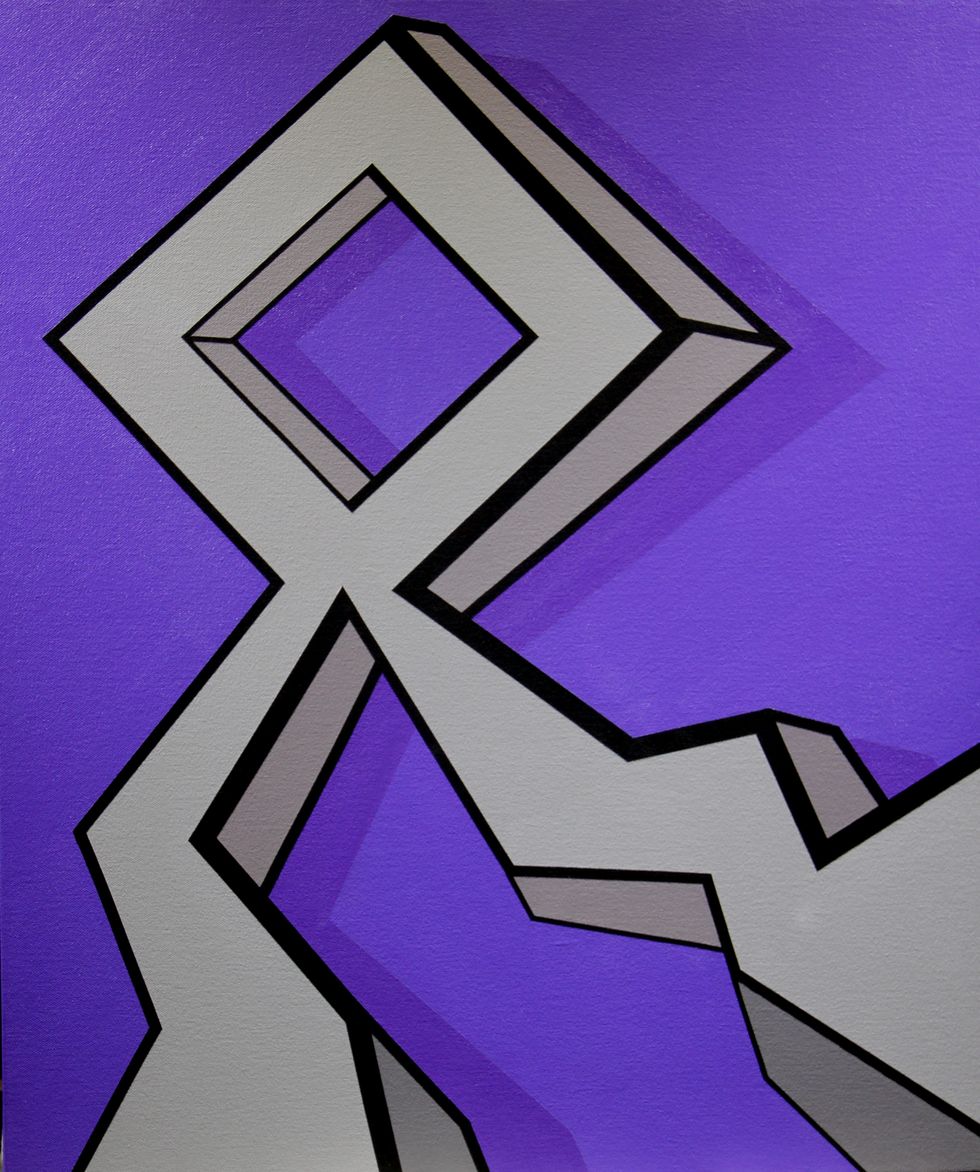 SINCE THE ADVENT of the digital universe we live in today, more and more painters embrace computer design programs and digital culture as the vehicle and subject matter of new creations.

In Austin native Eric Ockrassa’s new show at Zoya Tommy Gallery, the interplay between digital and analog is on full display. The 12 abstract, geometric paintings in the show — titled Ocular Resistance and up through early December — speak to what it means to create art in today’s post-analog culture.

While working on his undergrad degree at Texas State, Ockrassa, now 27, struggled to reconcile his dream of becoming a painter and the desire to major in something more marketable. He double majored in painting and graphic design to give himself a fallback plan just in case his artistic dreams didn’t pan out. As Ockrassa attended grad school for painting at UH, where he found himself increasingly relying on his graphic design background as he developed his hard-edge, abstract style. “I wouldn’t be making the paintings I make now if I didn’t have my graphic design background.”

Ockrassa’s paintings begin as sketches in Adobe Illustrator before finalized designs are printed out and turned into vinyl stickers used as stencils for his acrylic paintings. It’s an unforgiving method — a single mistake at one stage in the process means he has to start from scratch — but one that enables the painter to create complex, geometric pieces with painstaking precision.

And true to post-analog sensibilities, the colors the artist used in his new show were inspired by his love for Pokemon Go. “I’m using bright, contrasting colors to create optical movement,” explains Ockrassa, an avid gamer.

It’s a winning strategy from Ockrassa. The abstract, geometric shapes populating his pieces seem imbued with an almost electric energy as they pulsate colorfully from within their canvas prisons — not unlike a Pokemon trapped inside a Pokeball. In fact, Ockrassa’s show is one instance where a viewer can look at a painting and think, “Wow. That color really reminds me of a Bulbasaur’s bulb,” and not be all that far off from the artist’s original intent.

The courtyard at Cotton Court

THE SPIRIT OF ’50s-era rocker Buddy Holly reigns supreme over Lubbock. He’s everywhere, and it makes sense, as there is a connection between the Lubbock-born Holly’s enthusiasm for then-emerging recording technology and the city’s embrace of progress and innovation. Take the trip to Lubbock, and much of what you’ll see has only been built in just the past few years, including the triumphant, state-of-the-art Buddy Holly Hall of Performing Arts and Sciences, which opened to full capacity in August 2021. The architecturally impressive hall is home to the Lubbock Symphony Orchestra and Ballet Lubbock, and hosts performances by touring Broadway shows, comedians, and rock and country artists.