Sorry James Harden, but you’ll never have the most famous beard in Houston. That honor belongs to the Santa Claus-like ginger waterfall on the chin of one Billy F. Gibbons, lead singer and guitarist of rock band ZZ Top. At 67, Gibbons is still a badass and, truth be told, he’ll probably die a badass … and a Houstonian. 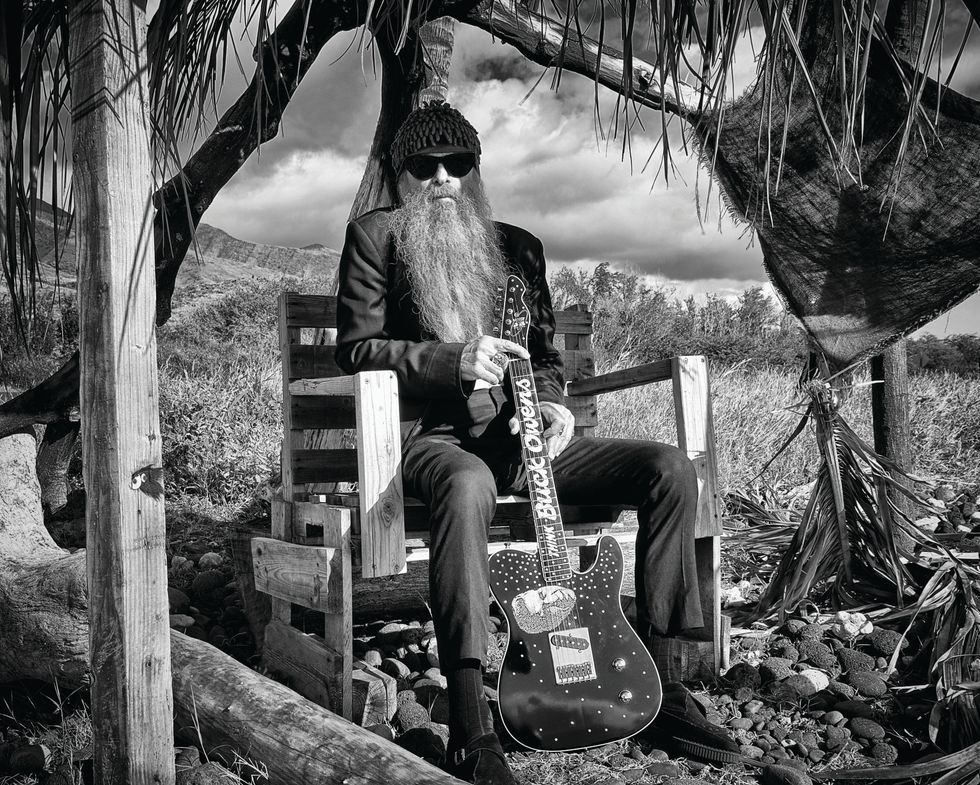 Sorry James Harden, but you’ll never have the most famous beard in Houston. That honor belongs to the Santa Claus-like ginger waterfall on the chin of one Billy F. Gibbons, lead singer and guitarist of rock band ZZ Top. At 67, Gibbons is still a badass and, truth be told, he’ll probably die a badass … and a Houstonian. Born and bred here, he’s perhaps the city’s most recognizable and long-lasting international star. Gibbons and ZZ Top still tour, and don’t spend a ton of time at home, but they will be playing the Houston Livestock Show & Rodeo on March 22. Before you go, we’ll share a little trivia about the man behind the beard and shades. Can you spot which two of these three anecdotes about Gibbons are true and which is a lie?

1. He once had a brief stint as a rodeo cowboy, but quit after a run-in with a bull. He took his revenge by being a “happy carnivore” for most of his life, but recently went vegan for health reasons. “I also got over it all when I went ‘full Hemingway’ and ran with the bull in Pamplona.”

2. He got his first guitar, a Gibson Melody Maker, at age 14. Though his father was a pianist, Gibbons wanted to learn guitar because he “could just grab it and go.” He’s now so obsessed with guitars, he published a book, Rock + Roll Gearhead, about them.

3. He’s one of the top celeb classic car collectors in the U.S. and is famous for his several custom Cadillacs. One of them — a 1948 Cadillac Series 62, which he’s dubbed “The CadZZilla” — is a slick black shark of a car and is so iconic, it’s available as a toy model by Matel.