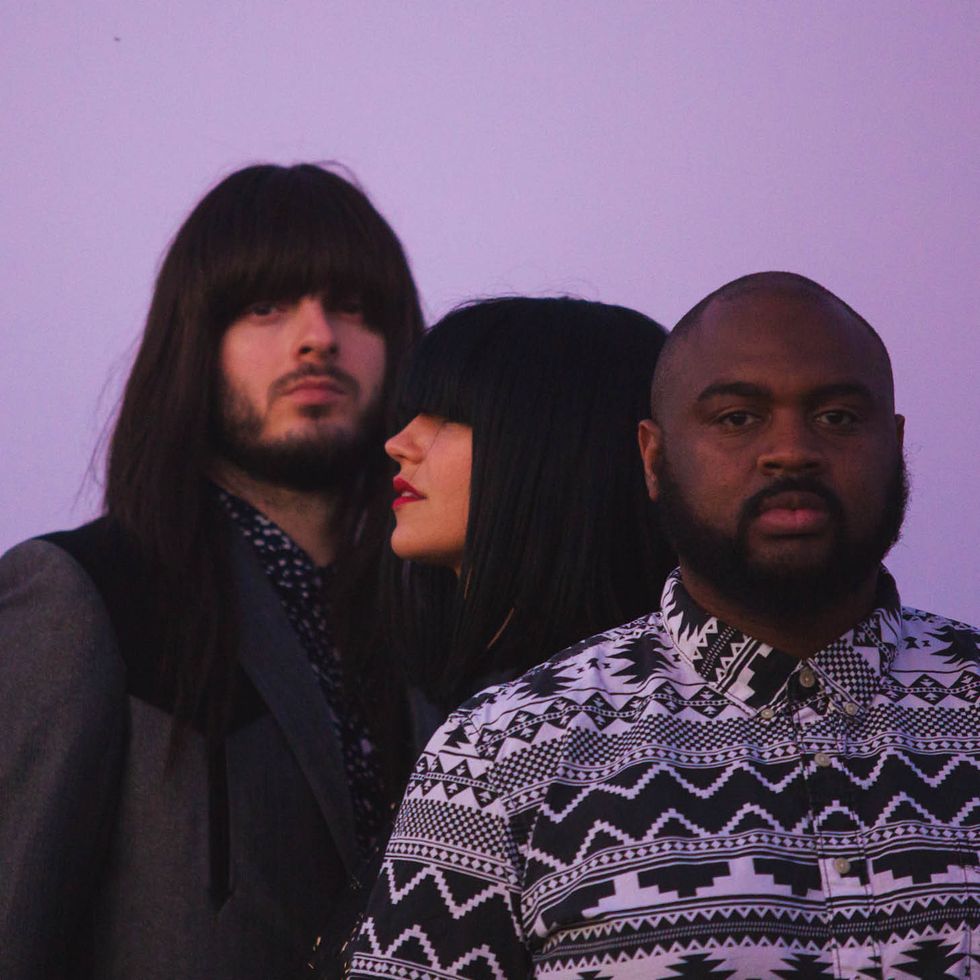 Upon first sight and first listen, Houston band Khruangbin (the name means “engine fly” in Thai) might seem to be — at least in the context of its genre, Southern rock — an exotic anomaly: The trio’s mostly instrumental music is spacious and hypnotic, with influences as far ranging as Middle Eastern and Asian pop music, ’70s-era jazz funk, and spaghetti Western soundtracks. In performance, bassist Laura Lee and guitarist Mark Speer are all smiles, and wear straight black wigs with bangs nearly hiding their eyes. Meanwhile, drummer Donald “DJ” Johnson, whose sartorial choices are as colorful as Lee and Speer’s, holds down the tempos with a zen-like calm.

Perhaps not surprisingly, throughout their recent European tour in support of their critically acclaimed new album Con Todo El Mundo, audiences were shocked to discover these three purveyors of global grooviness are Houstonians. “Europeans still think Texas is cowboys on horseback,” says Lee, more amused than irritated, while Speer points out many people in the States are similarly surprised to learn of Khruangbin’s Houston roots. Part of it has to do with the multicultural makeup and sound. “Our music is influenced by places all over the world,” says Speer. “It sounds like Houston to me. It’s a big melting pot.”

Khruangbin are in town for a homecoming gig at White Oak Music Hall on Saturday at 8pm. From there, the band continues an extensive cross-country tour before hitting the road this fall with Fort Worth soul man Leon Bridges. It’s the kind of schedule the trio couldn’t have imagined when they used to meet at Rudyard’s British Pub in Montrose to hang out, listen to the jukebox, and discuss their latest obsessions, be it a favorite Thai restaurant, or the music heard in that Thai restaurant. “We wouldn’t be Khruangbin without Rudyard’s,” says Johnson, who met Speer while playing music at St. John’s United Methodist Church.

“The pastor there loves music, and is somewhat of a jazz musician himself,” explains Johnson of St. John’s. “So the stuff we would play during the service were almost like funk or jazz instrumentals, instead of traditional ‘church-y’ church worship songs.” For Johnson, Khruangbin’s music isn’t far removed from what one hears during Sunday services. “If it’s secular, I don’t really hear it as such,” says Johnson. “It’s music, you know?”

As Khruangbin’s popularity continues to grow (several upcoming U.S. tour dates are already sold out), its audience is only getting more diverse; the trio counts classical and metal musicians, and 20-somethings and grandparents among its fan base. “There’s always a dad who says, ‘My son played me your music,’ and there’s always a kid who says, ‘My dad played me your music.’” says Lee. “You can’t get any better than that.”

Though Lee and Speer now live in Los Angeles (Johnson remains based in Houston), the three will reconvene during a “tiny sliver of a gap between tours” to record new material in their beloved studio barn, located in the tiny town of Burton, Texas. Until then, the trio are committed to bringing their uniquely Houston brand of cross-cultural funkiness to both the faithful and soon-to-be-converted. And while they admit life on the road can be, as Lee says, “hard on the old bod,” they don’t take being able to play music for a living for granted. When congratulated on their rising success, Speer says simply, “We feel very, very lucky, and blessed.”

Colorful and Culinary Dress for Success Soiree Raises Half a Mil