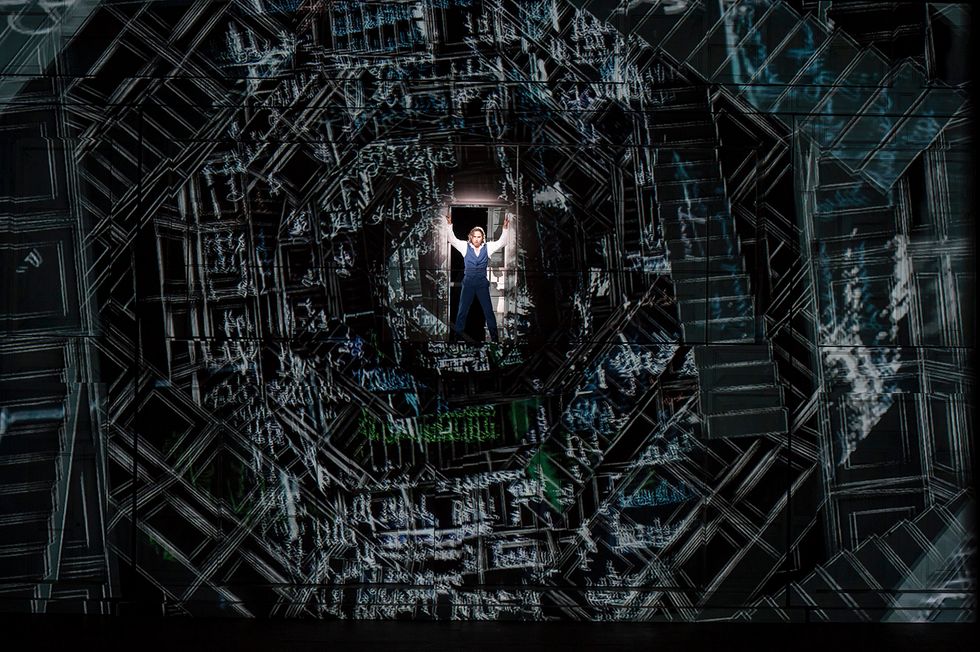 Bass baritone Ryan McKinny, who takes center stage in HGO’s Don Giovanni April 20-May 5, is no stranger to Houston. After attending Juilliard, he first moved to Houston in 2005 to study at HGO Studio. While he’s since traveled the globe performing in grand houses from Canada to Germany, he makes a point of returning to the Wortham whenever possible. This spring, he tackles one of literature’s most infamous playboys in what’s sure to be among his most charged performances yet.

Raised near Los Angeles, tall and chiseled McKinny’s got the Hollywood looks to match. His presence couldn’t be more appropriate for the suave, manipulative and womanizing Don Giovanni, whose ethically compromised escapades, both in and out of the bedroom, serve as the narrative’s central focus. “The book and the music point towards this being an abusive person, but you can’t play him as just a mustache-twirling bad guy,” McKinny says, choosing his words carefully. “He’s written to be a real person, and he’s very multi-dimensional.”

Composed by Mozart, the opera premiered in Prague in 1787. With perennial themes of gender and class, it’s one of the most widely produced pieces in the world. Those timely yet delicate subjects are precisely why McKinny and HGO feel that now, more than ever, this classic piece deserves a thoughtful revisit.

“[Don Giovanni] is rich, the law can’t touch him, and he takes what he wants and doesn’t have consequences,” says McKinny, alluding not-so-surreptitiously to the Trump, Time’s Up and Me Too era. He knows the privilege he wields as a handsome white male — the same as his character — and wants to draw attention to the power and expectations that arise from such a position. “It’s not a left or right thing. We simply want to bring the question up so people have conversations about it. Art isn’t effective if you beat someone over the head with it.”

As a father of two young kids, teaching strong values is at the forefront of his mind. He and his wife Tonya homeschool their children, allowing the family to travel together. “Having my family along makes me a better performer. When I screw up at work, they’re still waiting at home for me.” The bunch most recently spent a sojourn in the Netherlands, but like all former Houstonians come back around, they are eagerly anticipating his first Tex-Mex meal. (The practicing vegan may have to navigate the menu at his favorite restaurant, Spanish Flower

in the Heights, carefully, but he’s up for the challenge.)

Fueled by salsa and armed with his experiences as a family man, he’s ready to bring deep perspective to a role that’s often flatly comedic. The piece is sure to stay entertaining, but McKinny, director Kasper Holten and the entire cast plan to show multiple sides of the infamous character. “I want to let the audience in on the sort of mania and delusion of this character,” he says, “so that we see that it’s not necessarily just him, but also larger societal pressures.”