The
Magazine
The
Podcast
hurricane harvey

Letter to My Hometown

A famous novelist, helplessly stranded miles away through the storm, reflects on his adopted, ‘deeply human’ Houston — and what it can teach America. 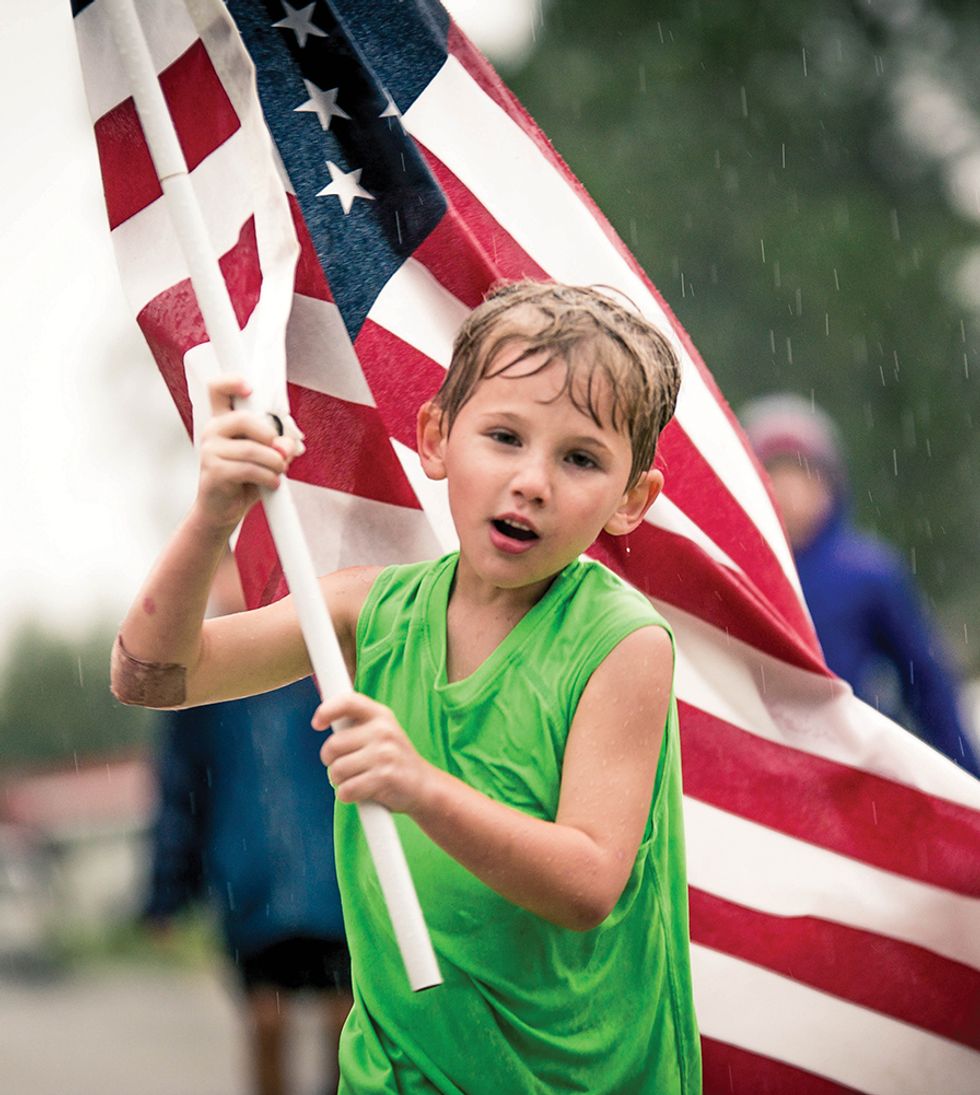 To begin with, I wasn’t there.

Not a drop of rain fell on me. Not a breath of wind mussed my hair. When Hurricane Harvey crashed into Rockport and dragged its lazy ass along the coast for days and days, I was 2,000 miles away. In June we’d sold our house in Bellaire, downsized to a Montrose apartment six stories up, then beat it to Cape Cod, where my family is spending the year while I commute to Houston to teach at Rice. In other words, I did what most Americans did: I watched it all on TV.

Probably you should stop reading this. I could hardly blame you.

How does it feel, outfoxing a hurricane? To be honest, not great, but really, who cares how I feel? People losteverything. People drowned. All I did was flip from channel to channel, refresh my twitter feed every five seconds, text my friends to make sure they were all right. (Most were; some weren’t.) What fool would say, as I am saying now, “I wish I’d been there”?

But I do. I can write checks aplenty, and have. But that’s not the same thing as helping your neighbors tear out sodden drywall and haul it to the curb. Home is home, you don’t get to pick it, and Houston is mine.

This wasn’t always true. I don’t mean that I had a different home. I mean I didn’t have one at all — no one place that felt right to me, in the way that home does. I moved to Houston 14 years ago after various post-college stints in Honolulu, Los Angeles, Iowa City, Memphis and Philadelphia. Fine places all, but none of them gained much traction. My wife’s family is from Minnesota, a race of chilly Germans on the plains. Her relationship to them is cordial but wary, more attenuated by distance with every passing year. My family history: Well, what is there to say? The easiest way to put it is that my family blew up. For 16 years — from my late 20s to my early 40s — I didn’t even know where my parents lived, and my sister and I are about as comfortable with one another as two strangers who’ve walked away from an airplane crash.

Thus: Houston. Like many people, I came for the money. I knew virtually nothing about the city except that a job waited for me there, one I badly needed. We arrived in July, a supremely awful idea. My daughter was entering first grade; my son was two months old. Both were crying before we’d made it across the parking lot at George Bush to retrieve our rental car. I spent my first two years wandering around in soggy underpants, wondering what fresh hell I’d gotten my family into. The weather, the mosquitos, the traffic, the fake seasons, the 10-story on-ramps and undifferentiated, oceanic sprawl: all the usual complaints apply. I felt lost in the woods, if the woods had a Home Depot and a Kroger every three miles. Culturally I was completely adrift. My rhythms were all wrong. I was raised in Boston and New York, neither known for its street-level warmth. In Houston, half the day seemed consumed by pleasantries; no one got my jokes. While conducting the most ordinary transactions — ordering a latte, talking to the plumber, choosing paper over plastic — I was met with something that I came to call “the look.” It was one part horror, one part pity, and I had no idea what I’d done to deserve it. In a moment of raw exasperation, I asked a bartender what it meant.

“You must not be from here,” she said, and handed me my beer. “You’re not the only one in the bar, you know. You were being kind of intense.”

And I thought, My god, she’s right! That’s just what I’m being! There’s a long story to tell, one that begins right there. It’s a story about many surprising kindnesses and unanticipated friendships and a thousand moments improved by the way that people interact here; about a month’s worth of casseroles that hit our doorstep when my wife’s mother died, and sitting with my ultra-conservative neighbor in the driveway and cheerfully solving most of the world’s problems in an hour over glasses of iced tea; about a guy who helped me change a tire in a thunderstorm, and a friend who stepped in at the darkest hour of my life and wouldn’t let me be alone with it, a memory that brings tears to my eyes and always will. It’s that kind of story, and there’s not enough space to tell it. The short version is this: In 2003, at age 41, I moved to Houston to raise mah babies and ended up raising myself. I often say that I came to Houston and learned my manners, but there’s more to it. The experience was more like having my entire personality deconstructed, all my assumptions about people and life pulled apart and reassembled in a new, distinctly more grown-up order that has made my skin far more comfortable to live in. I spent my boyhood elsewhere; Houston is where I grew up.

I’m not going to list all the virtues of this city. Probably you live here, so know what they are. What I will do instead is sweep them into a single word that makes sense to me. Houston is remarkably and deeply human. It is full of contradictions, as humans are, but also capable of recognizing our shared existence and what that requires of us. I would like to think that many cities would display the same grit, selflessness and general get-er-doneness that Houston showed in the days and weeks after Harvey. But the fact that Houstonians did it doesn’t surprise me for a second.

The country could stand to learn a thing from my hometown, especially now. Harvey has been compared to Katrina, for obvious reasons. But I think that 9/11 offers a more instructive analogue. After the towers fell, America experienced a kind of golden hour. For a shining moment we came together as a family, united not only by grief but also by the joyous moral example of so many brave souls who rushed not away from the disaster but toward it. We put our differences aside because of how small they suddenly seemed compared to our common humanity, and it made us feel less alone.

It didn’t take us long to piss that all away. Maybe this time the message will stick. When the towers fall or the waters rise, and even when they don’t, we are all we have. Our duty is to love one another. It may be hard to do, but it isn’t very complicated.

As for me: I said I wasn’t there, and that’s true. But it’s not the whole truth. The night after the first wave of flooding, my daughter came into the kitchen, where my wife and I were washing the dishes. She’s a junior in college now, and like me, she’s a word person; that’s how she mediates life. She’d written a poem, trying to sort out the emotions of watching her girlhood city drown. Repeated throughout the poem was the phrase 4535VeroneStreetBellaireTexas, rendered as a single word — the way she’d memorized her address when she was little, the way kids do. 4535VeroneStreetBellaireTexas. It made no difference that we no longer owned the house; it was the one she would always remember. By the time I was halfway through her poem, I really wasn’t reading it anymore, and neither was my wife. On a clear starry night 2,000 miles from home, we stood in the kitchen and bawled.