The
Magazine
The
Podcast
Opinion

Gremillion: I Was There, and Tonight, Like Every 9/11 Anniversary, I’ll Put a Candle in the Window 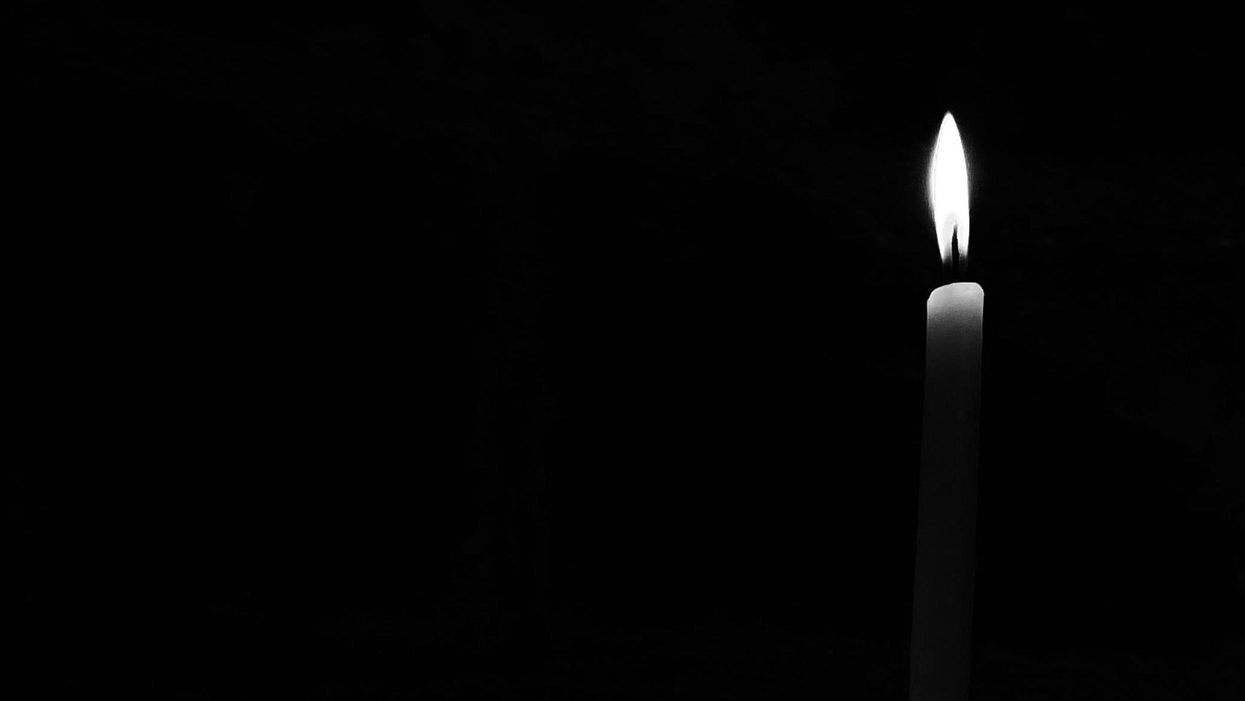 (Photo by Pierre Pavlovic on Unsplash)

IF YOU HAPPEN to be riding through Montrose tonight, you might see a little white candle burning in the front window of a yellow-brick bungalow. That'll be me.

I always do that on the evening of 9/11, just like I did on Sept. 11, 2001, in my Manhattan apartment a few dozen blocks away from Ground Zero. Just like so many of my neighbors did at the time, as the acrid smell of smoke and soot and sorrow lingered in the air.

It's an indelible memory, looking out across the city's nightscape at all that softly flickering candlelight, contemplating a silence unheard-of in the City That Never Sleeps, unbroken only by the occasional parades of determined emergency vehicles headed south on thoroughfares closed to normal traffic.

Indeed, it was far from normal. The pain and fear were immense and intense, and so was the feeling of solidarity. There were no Republicans and no Democrats that day — it seems hard to believe, but there really weren't — just sad Americans dedicated to the notion that our people and ideals must be protected, our attackers must be stopped, and, most importantly, love and peace must overcome hate and violence.

We can't forget what happened that day, and what we all promised each other in our hearts, because if we do, the thousands lost will have been lost in vain.

I can't believe 20 years have passed. So many emotions, so many faces in waking dreams, so many hours and days and weeks and months and years trying to make sense of it on some level.

I realize I never will, but the mind strives, the heart yearns. And this is why I light a candle. An act of remembrance, an act of longing.

Thousands of stories of bravery. Thousands more of loss. They crash together in my mind, and crash is the right word.

There is one I'm thinking of today in particular. The handsome young college grad on his first week of his first job in the towers, so proud, so ready to take on the world, to become, to grow. Not somebody I knew, but I could have. Just someone from TV. No one special to me personally, and yet so special. I calculate that he would be about 41, maybe 42 now. He'd be about 10 years older now than I was then, as I was living out my own aspirations in just about the same way as him, in the very same place, at the very same time. Through the grace of God, I aspire still, and I mourn for a stranger who cannot.

When I hear people say they're tired of hearing about it, when it's suggested that we have over-sentimentalized 9/11, I think of him. I read just this morning on Twitter someone suggesting we "fetishize" the attacks, in order to justify xenophobia. I put down my phone and sighed.

I'll light a candle after dark, a ritual of two decades, observed by a man now two decades older. And I'll try to imagine the other man at 41. Maybe 42. My tiny and trivial little tribute to one soul among thousands.

I will be still and silent, for just a moment, and I will thank God for 20 years living and laughing and learning, and I will let myself go back.