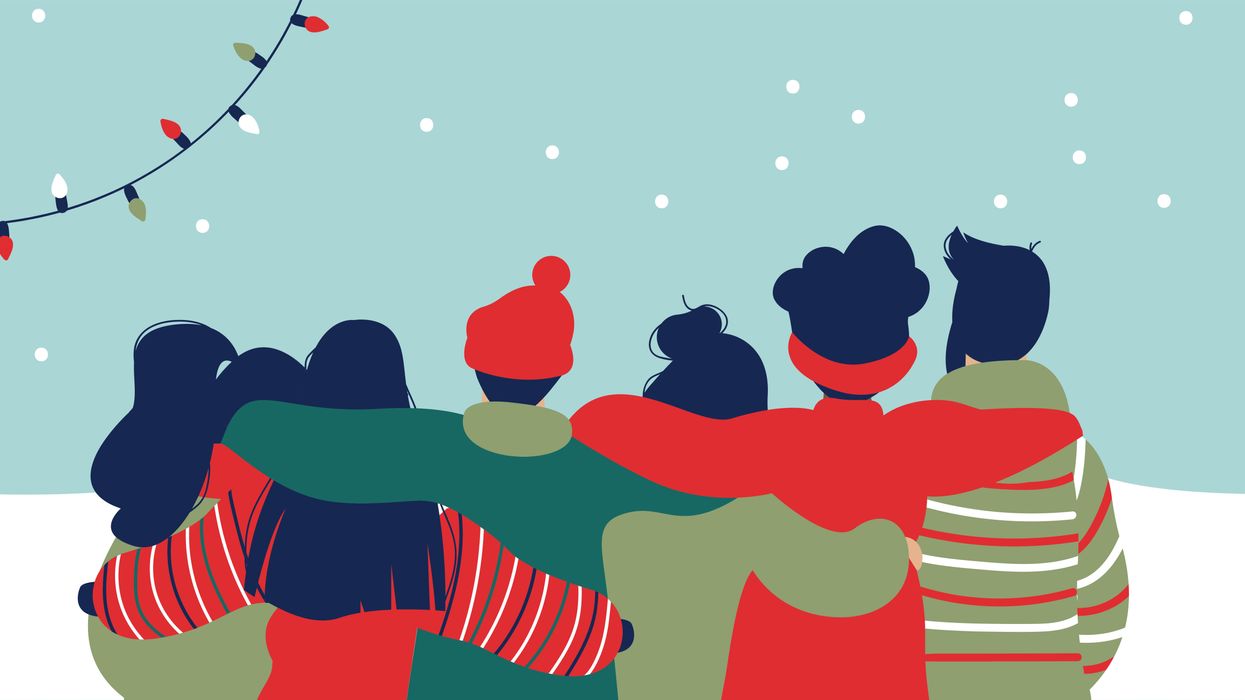 THIRTY YEARS AGO, David Foster composed a song called "My Grown-Up Christmas List." And every time the song is played on the radio this season, I cry. The lyrics are so beautiful — they hit home for me. And as wondrous as it feels to give and receive actual presents, isn't it those intangible gifts that are the most meaningful?

In the song, the narrator speaks to Santa, asking him if he remembers him or her from when he or she was a child, sitting upon his knee and writing letters to him with fantasies and wishes. (Kelly Clarkson, Michael Bublé and others have recorded it over the years.)

But although now I'm grown up and no longer a child, I still can dream. And my wishes are not for me, but for the world.

Is that why it makes me cry? Because I see our world in such need of the most basic things that can't be bought?

"No more lives torn apart," goes the song. "That wars would never start. That time would heal all hearts. That everyone would have a friend. That right would always win. And love would never end."

I can add a few more.

That all people would practice forgiveness. That differences would be celebrated.

That words meant to lift up would defeat words of tearing down. That tolerance was the rule, not the exception. That couples would try harder to stay together for the sake of their children and family rather than giving up so easily on one another. That family meals would be a daily celebration rather than a quick feeding.

That technology would be an enhancement to life, not a controller of life. That picking up the phone would replace texting. That being thankful would replace being wishful. That honor would replace disrespect. That nobody would ever feel hopeless. And that people would practice grace on every passing day.

This is my grown up Christmas list. And as we head into this extraordinary holiday, many of us celebrating the miracle of the birth of Jesus and all that surrounds that marvelous occasion more than 2000 years ago, I send my thoughts, wishes and prayers for all of our world to embrace peace, love, affection, empathy, respect, grace, tolerance, forgiveness, patience, kindness, gentleness and good will toward all.

Imagine how our world would look, if we all gave those gifts to each other.