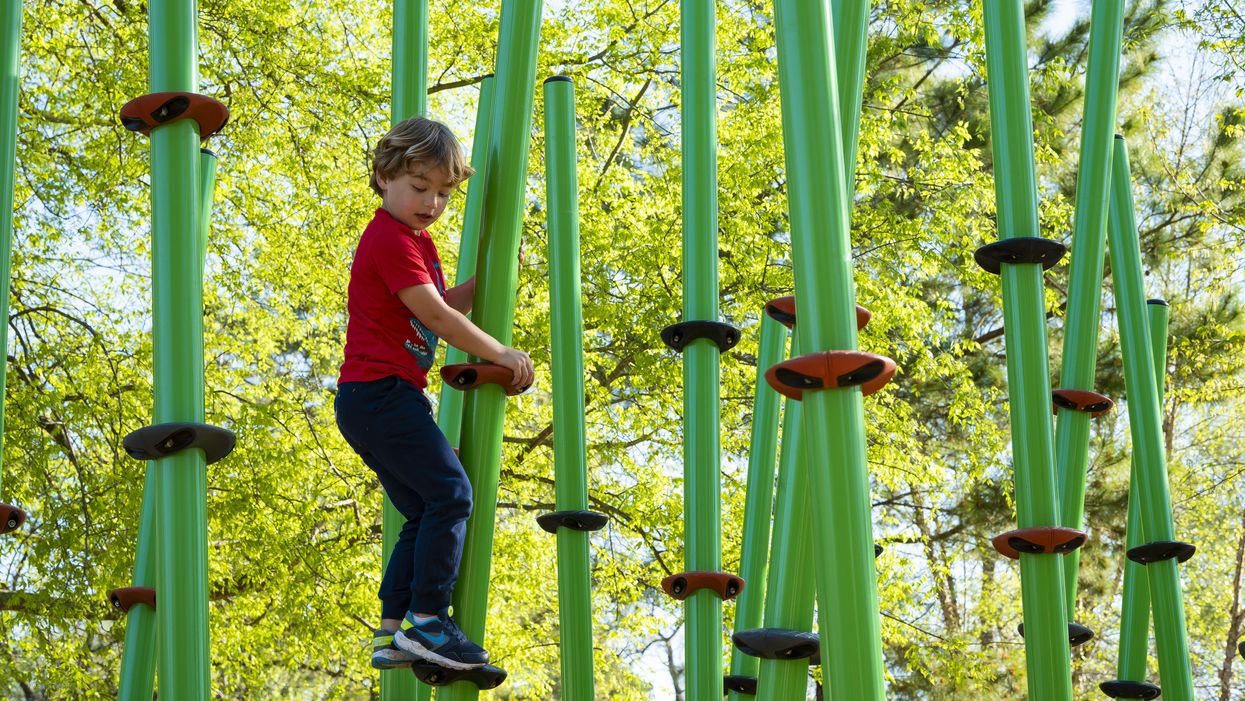 WHILE THE KIDS definitely enjoyed watching it come together — which toddler doesn't like observing giant construction vehicles rolling through mud?! — children and parents alike are celebrating the opening of the Houston Arboretum's long-awaited Nature Playscape.

Located adjacent to the renovated Nature Center and new volunteer center, the play area incorporates natural elements in a way that makes it easy for children of all ages to explore themes like conservation and prairie insects. Features include the Stump Scramble, upon which kids can climb tree stumps to an upper deck or hide out in tunnels underneath. An area dubbed Toddler Territory boasts sensory elements like a sand box (with shovels!) and a climbing structure sized for tots. There's also the Lumber Yard, with fallen logs taken from the Arboretum grounds; the Water Garden, with an interactive water pump and tanks full of plants and lily pads; and the Grass Climb, where kids can scale tall green poles designed to look like blades of grass.

The Nature Playscape is the final component of the Arboretum's Master Plan, which was conceived following the devastating effects of Hurricane Ike and the 2011 drought. Over the last couple of years, massive landscaping and boardwalk improvements have created an entirely new experience for visitors, who can now enter from either Woodway or the 610 Loop and explore features like two beautiful new ponds, which assist with stormwater retention, water filtration and irrigation.

Many folks have also visited the Houston Arboretum over the past year to see hundreds of goats nibbling on the savannahs and overgrown bushes — an eco-conscious initiative designed to replace the need for lawnmowers that takes place every few months.