The ever-evolving Ruiners reemerge with a new record — and a music video some bunny may find a little odd. 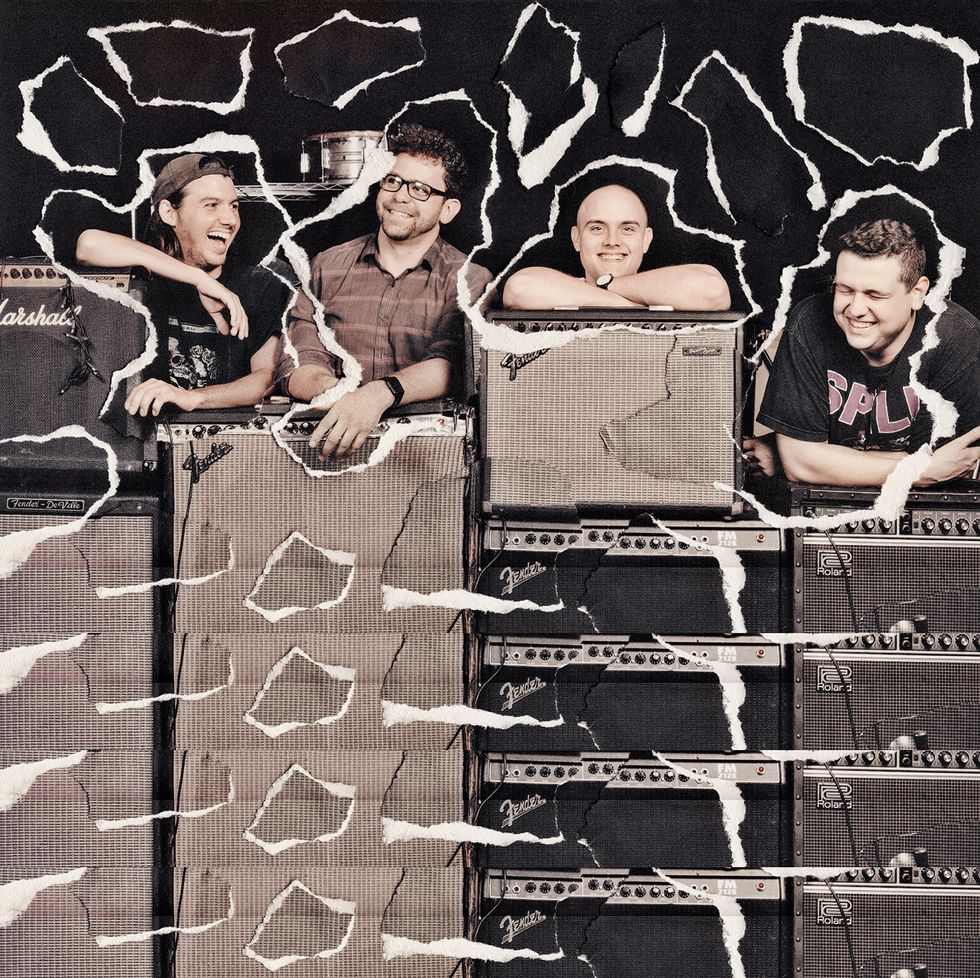 A tray of tequila shots emerges from the band-sticker-poxed doors of Montrose hipster haunt Poison Girl before making a rough landing on a rusty and paint-chipped metal table around which the members of four-piece punk outfit Ruiners are assembled for a much-needed, mid-week drink-slamming session. The shots go up with a cheers and go down without a grimace, not unlike the energetic and pleasantly angsty tracks on the band’s new album Typecast, which dropped in early September.

“My hangover is gone,” murmurs the band’s founder and chief vocalist Shan Pasha amusedly as he gingerly sets his shot glass back down on the table.

Started as a bedroom project in 2012, the Ruiners — with both Pasha and Ian Hawkins on guitar and vocals, Hayden Wander on bass and vocals, and Alex Erhardt on drums — have taken a circuitous journey to the venue-packing place they’re at today.

Part of this journey included a three-year trip across the pond, during which Pasha formed a British iteration of the band while pursuing his masters in Middle Eastern politics — an area of study ripe for angsty lyrical exploration. When Pasha returned to H-Town a few years ago after completing his degree, the Stateside version of the band, with some returning and some new members, reformed and started making new music in earnest.

“It’s become more of a collaborative effort between everybody in the band,” says Pasha of the new, more serious direction of the group, which has everyone sharing writing duties (although Pasha still writes about 70 percent of the self-deprecating lyrics). “The majority of the songs have a correspondence between me and Hayden,” notes Pasha. “Both of us sing in pretty much every song.”

One of the best examples of this lyrical collaboration is in the band’s single “Closer,” in which the two alternate singing phrases. “Please delete … recent memories … you and me … always outside … everything,” go the angry and melancholic lyrics. “Always outside … looking in.”

The music video for this total banger of a song was filmed by videographer Derek Rathbun at the band’s practice space in EaDo’s historically decrepit and possibly haunted Francisco’s, where just about every musician in Houston has had a practice session. “Every band and low-budget porn-maker,” has spent time there, jokes Hawkins, half seriously.

In the frenetic two-minute music video, the band is gorily murdered by an assailant dressed as a gothic Easter rabbit as they commune over an apocalyptic holidayscape of cracked-open Easter eggs. The video ends with the white-paint-smeared and rabbit-ears-sporting bandmates being carefully lined up in a row on the floor by their cotton-tailed foe.

“Never really ... fitting ... in,” go the final lyrics. These guys just might be onto something.