Renowned Artist Stages Career Comeback at Off the Wall 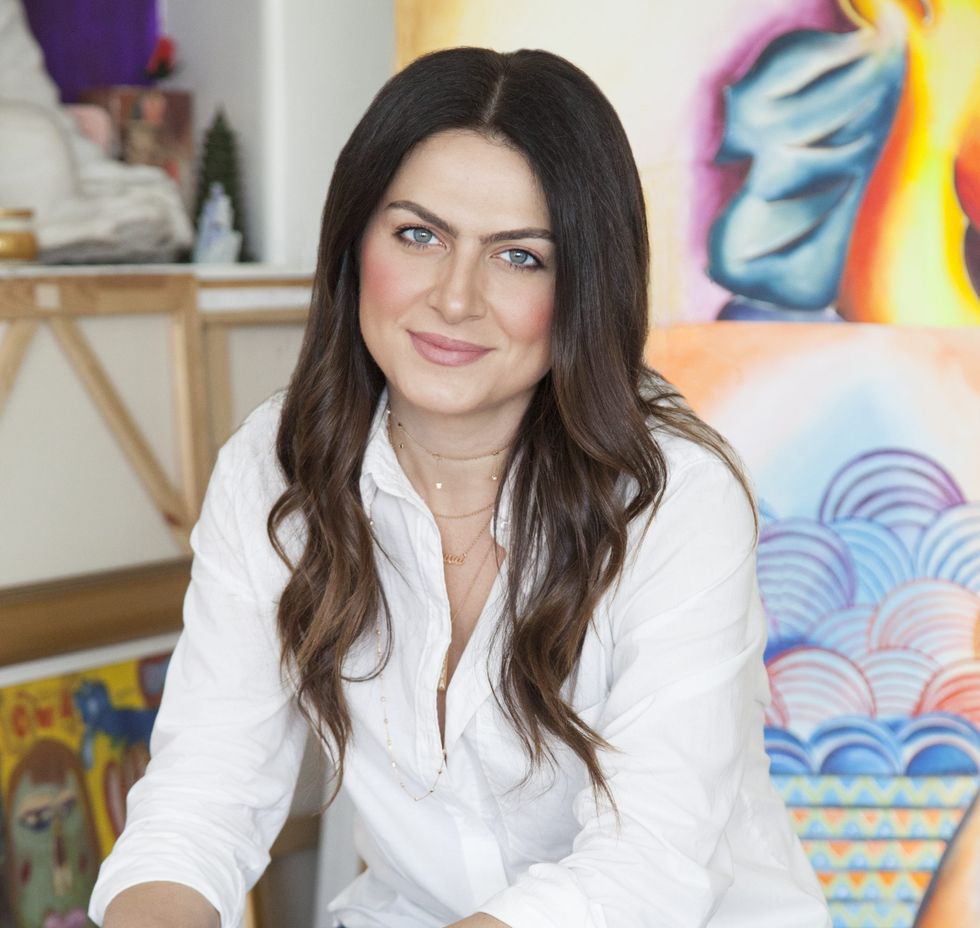 After making a splash in the big pool that is the art world at a very young age — she was only 12 years old when she was selected as the official visual artist for the 39th annual Grammy Awards, and the media dubbed her “Petite Picasso” — painter Alexandra Nechita did something counterintuitive. She took time off.

The Romanian-born, Los Angeles-raised Nechita set down her paintbrush in order to concentrate on raising a family, and welcomed a daughter with her longtime partner Dmitry Tcharfas in 2015. But recently, Nechita decided to begin creating new masterpieces, ones that are a result of years of growth and seeing the world through a different lens as a new mom. Her latest body of work is on display at Off the Wall Gallery this month, in an exhibition called Alexandra Nechita Re:Imagined. It opens Nov. 16.

The artist, whose works are in the personal collections of Oprah Winfrey, Alec Baldwin and Calvin Klein, will be in town the weekend before Thanksgiving, and will make three special appearances at the gallery. On Saturday, Nov. 23, a children’s event at 11am is followed by a cocktail gathering from 6-8pm. And on Sunday, Nov. 24, catch Nichita from 1-3pm.

In addition to the cubist-style paintings for which Nechita has always been known, there are also eight new sculptures, made of aluminum sheets welded together and hand-painted by the artist. Originally commissioned as a public art installation by the city of Bucharest, the pieces are emblematic of the democratization of the art experience. They “function both literally and figuratively as a dialogue about duality and paradoxes,” says Nechita. “I wanted to address the duality between what is and what is not; the parallels and the contradictions that exist between reality and fantasy, between duty and aspiration.”