Yet another parking lot will be converted into an outdoor theater: Star Cinema’s Cypress drive-in opens Thursday 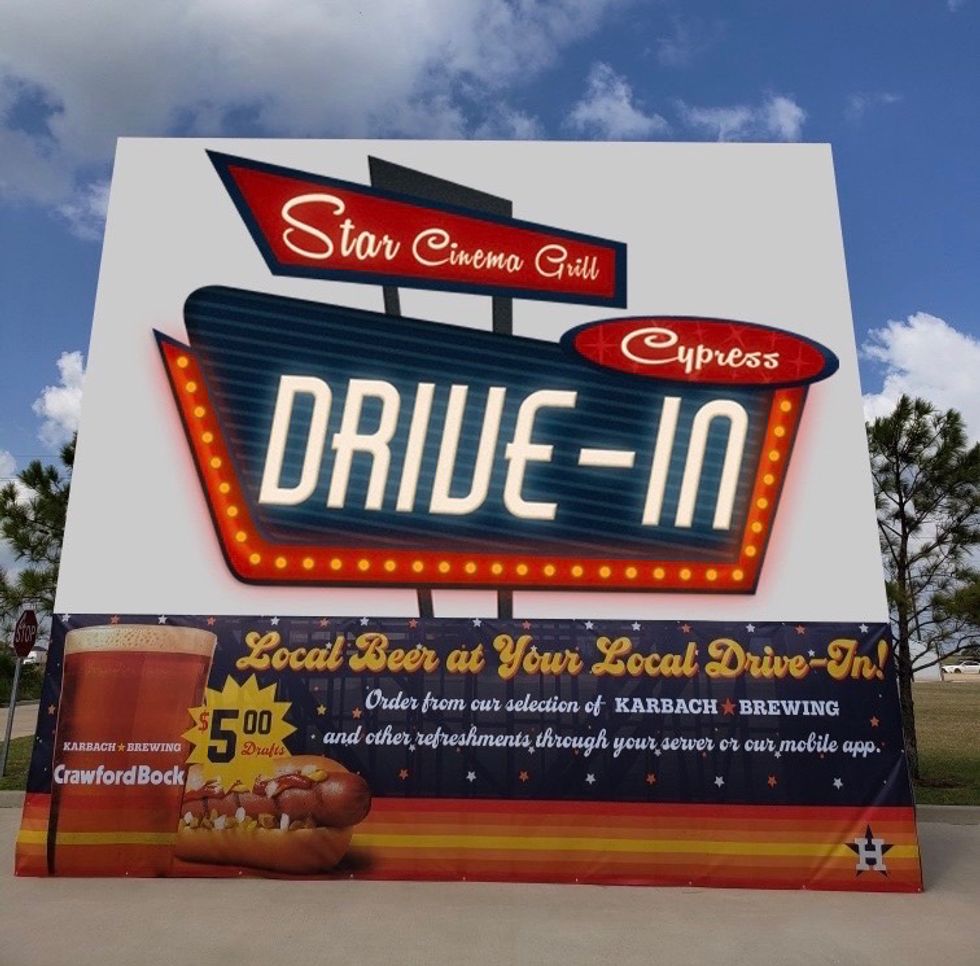 A week after Midway announced the arrival of the Moonstruck Drive-In to its East River development, there’s yet another drive-in theater rolling into town!

Star Cinema Grill is converting the parking lot of its Cypress location (8920 Fry Rd.) into an outdoor theater, and will price entry at $18 per car. It opens this Thursday, Sept. 3, with a showing of Christopher Nolan’s new flick Tenet; shows begin at 8:15pm every Thursday through Sunday, and a late-night option starts at 10:30pm on Fridays and Saturdays.

Guests can order food and beverage via the Star Cinema app. Expect a menu featuring the theater’s most popular menu items (pizza, mozzarella sticks, loaded hot dogs) and traditional movie concessions, plus its full liquor, beer and wine selection — all delivered to viewers as they remain in their vehicle. Nightly drink specials, courtesy of Karbach Brewing and Silver Eagle Distributors, are also available.

Star Cinema Grill was one of the first movie theaters to reopen, and added the drive-in amenity based on customer demand.

Back in the East End, Moonstruck also celebrates opening night on Sept. 3 with Tenet, followed by Bill and Ted Face the Music. Tickets are on sale now.