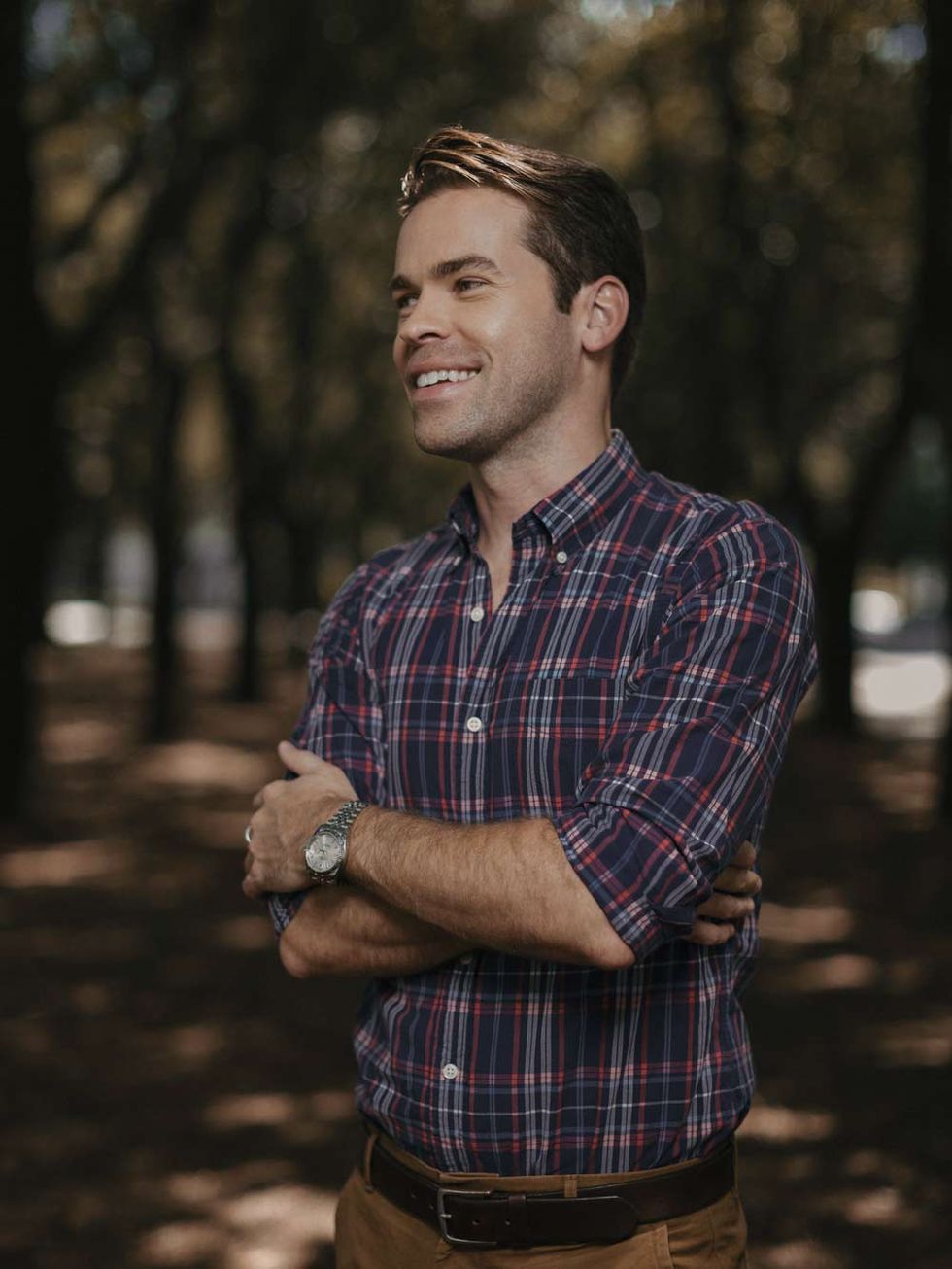 THE NEW KID at KPRC — Emmy-winning L.A. import Derrick Shore, 35, of just-launched afternoon lifestyle show Houston Life — is already enamored of the city. It started the minute he and co-anchor Jennifer Broome were introduced to their appreciative audience on Life’s first live broadcast in the Galleria. “Just to walk out and have people applaud, on day one?” says Shore. “It’s remarkable how welcoming people in Houston are.” The bachelor, originally from Salt Lake City, was game to help CityBook launch this column, based on the college-orientation icebreaker. Can you spot the fake fact? Answer’s on the next page.

1. He was the first and, at age 19, the youngest reporter to visit the sunken Titanic, miles below the Atlantic’s surface. “It was cool, but I don’t think I’ll go back,” he says. “Too dangerous.”

2. His given name is Farnsworth Shorenstein. Why change to such a Hollywood-happy matinée-idol moniker? “Isn’t it obvious?”

3. He cuts his own hair. Well, used to. “When you’re a reporter, your schedule’s always changing,” he explains. “I kept missing my appointment.”

Hover to see the Answer: 2