The
Magazine
The
Podcast
Duos

She’s a next-wave fitness pro. He’s a seasoned impresario. Together, the Van Deldens own three of the city’s most buzzed-about new haunts. 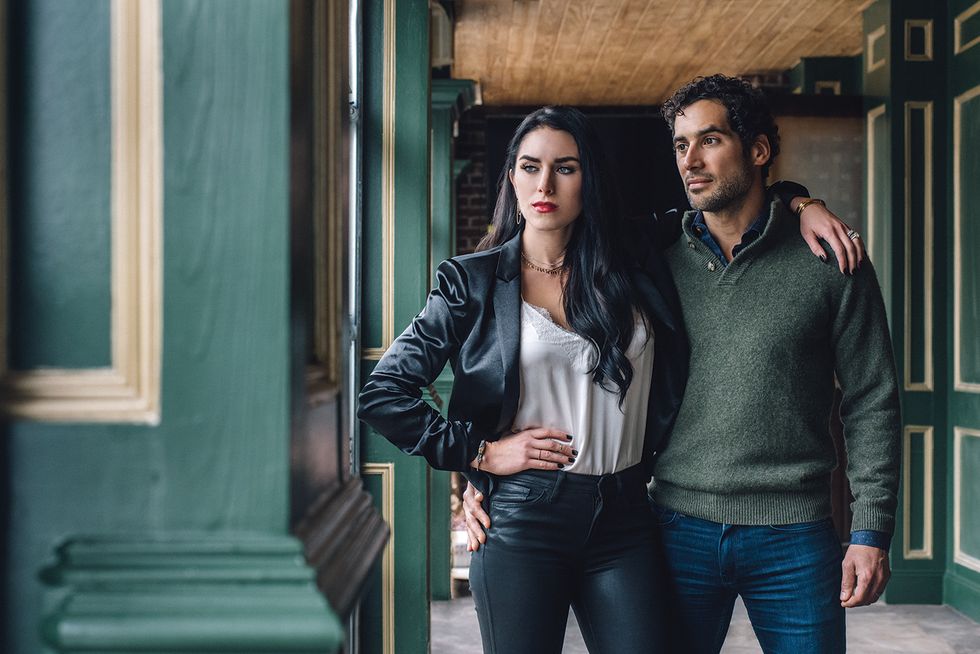 Nightlife impresario Darren Van Delden, 41, and his fitness-guru wife Anna, 30, are such a preternaturally handsome and successful couple that it almost seems like they’ve been willed into being by the invisible hand of a stock-photo god. Not to mention they’re charming, warm and thoroughly likeable.

The San Antonio-reared couple, who moved to Houston in January with their two young daughters after engaging in a five-year business-opening bender in Austin, are already putting their entrepreneurial stamp on the city.

Darren launched his hospitality company Union Venture Group nearly two decades ago with his brother Jeff, and over the years has opened successful bars and restaurants in Austin and Houston, bouncing between both cities.

Back in Houston — for now? — he has two new concepts on tap for Midtown that are sure to spawn a paradigm shift in the area’s nightlife scene, which he helped develop years ago through spots like the now-shuttered institution Red Door. This fall he’s opening Jack & Ginger’s Irish Pub and the four-story patio bar 77 Degrees, both spinoffs of Austin concepts. Nearby, Electric Feelgood and Unicorn Disco are also readying to open, and all of the owners have teamed up to shape the vibe of the ’hood.

“They’re all in cahoots,” injects Anna, striking with blue-gray eyes and a long mane of jet-black hair.

“That sounds so scandalous,” laughs Darren. “We’ve been working to create a sort of synergy on that block.”

Not to be outdone by her husband, Anna, a former personal trainer who has a graduate degree in dietary science, has opened Lagree HTX in Upper Kirby, so folks can burn away the calories they’ve consumed in Darren’s bars. The Lagree Method (named for its creator) is like pilates on steroids, and it’s rapidly becoming the hottest ticket in town.

Opened in June, Anna’s studio is stocked with Megaformer machines, sinister-looking contraptions that utilize variable resistance, and almost make your belly fat recoil at the sight of them. Sessions are capped at 10, so all class members get special attention. “In 45 minutes you are going to sweat, you are going to burn,” she says, “but you’re not going to feel defeated when you are done.” Although she assures that you’ll be thoroughly sore.

“I have marathoners, like Darren,” says Anna. “Then I also have 65- and 70-year-old women who come in and kill it in here. It’s intense, but it’s for all levels because you can modify everything. It’s not your run-of-the-mill workout.”

‘I Will Not Die,’ Vows Former CityBook Coverguy Who Survived Vicious Nine-Time Shooting