While getting the whole gang together in person may not be an option this year, the July 4 holiday still presents an opportunity to connect with loved ones and share a meal — across a picnic blanket, or even over a computer screen. Here are a handful of the most delicious ways to celebrate! 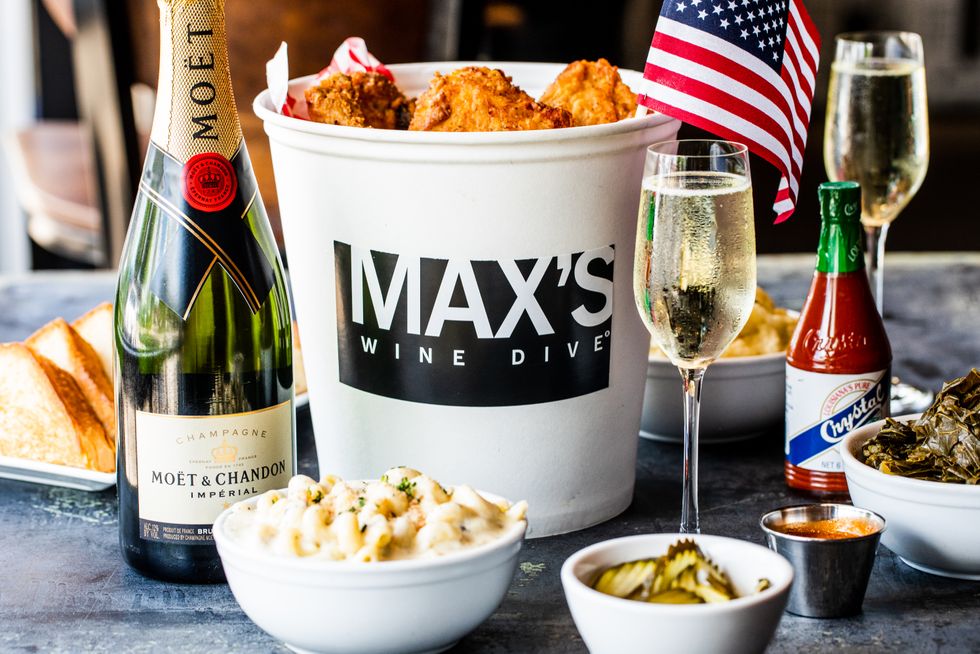 It’s hot, sure. But being outdoors is largely considered to be one of the safest ways to spend time with others these days. Hit up a park or post up in the backyard with an all-American picnic this weekend! Montrose Cheese & Wine offers a $45 build-your-own cheese board with three American-made cheeses, nuts, cranberry-pistachio crisps and local honey, and the option of tacking on pimento cheese or charcuterie.

Need barbecue in bulk? Feges BBQ has it covered, with all the standards plus holiday specials like smoked chicken wings with PB&J barbecue sauce, or a three-to-five pound half-brisket for $50. Order now for pickup July 1-3 in Greenway Plaza — or on the Fourth at the Urban Harvest Farmers Market! Meanwhile, superstar chefs Dominick Lee and Dawn Burrell have launched a three-part dinner series called The Sweet-Tea Supperclub, with the first event — a la carte barbecue for pickup at Broham Groceries — taking place on Saturday. Pre-orders are required!

It’s hard to imagine anything more patriotic than a giant red, white and blue pizza. Southside Flying Pizza in EaDo is throwing its tomato-mozzarella-feta-sausage pies all weekend along. Grab and go for just $15!

Since National Fried Chicken Day hits on Monday, lots of hot spots are promoting the dish for the holiday weekend. The original fried-chicken-and-champagne destination, Max’s Wine Dive, has its own special: Snag an eight-piece jalapeno-buttermilk-marinated fried bird combo with two sides and a bottle of either Moet & Chandon or Dom Perignon, available for to-go or dine-in! Smaller appetite? Relish offers a similar deal beginning July 7 — a plate of chicken with a mini bottle of Moet bubbly for $30. Or hit up Cleburne Cafeteria on Monday for a classic three-piece plate with mashed potatoes, all for under $10.

Flying Saucer’s grilling bundle, available for carryout or delivery Thursday through Saturday, is a steal: Score eight beer brats, eight hoagie rolls and all the fixins for just $45. Six-packs of American craft beer can be tacked on for $15.

With a top chef on Zoom.

Georgia James chef de cuisine Greg Peters is firing up the grill! Pick up a to-go kit — featuring beer-can chicken, a package of Chris Shepherd’s bacon sausage, slaw, baked beans and more — on Friday between 4pm-8pm, then tune in via Zoom at 1pm on the Fourth to see the master at work, and get the hottest tips for preparing your meal-for-four.