After a years-long reno, design haven Moxie is a vibrant, varied wonderland. 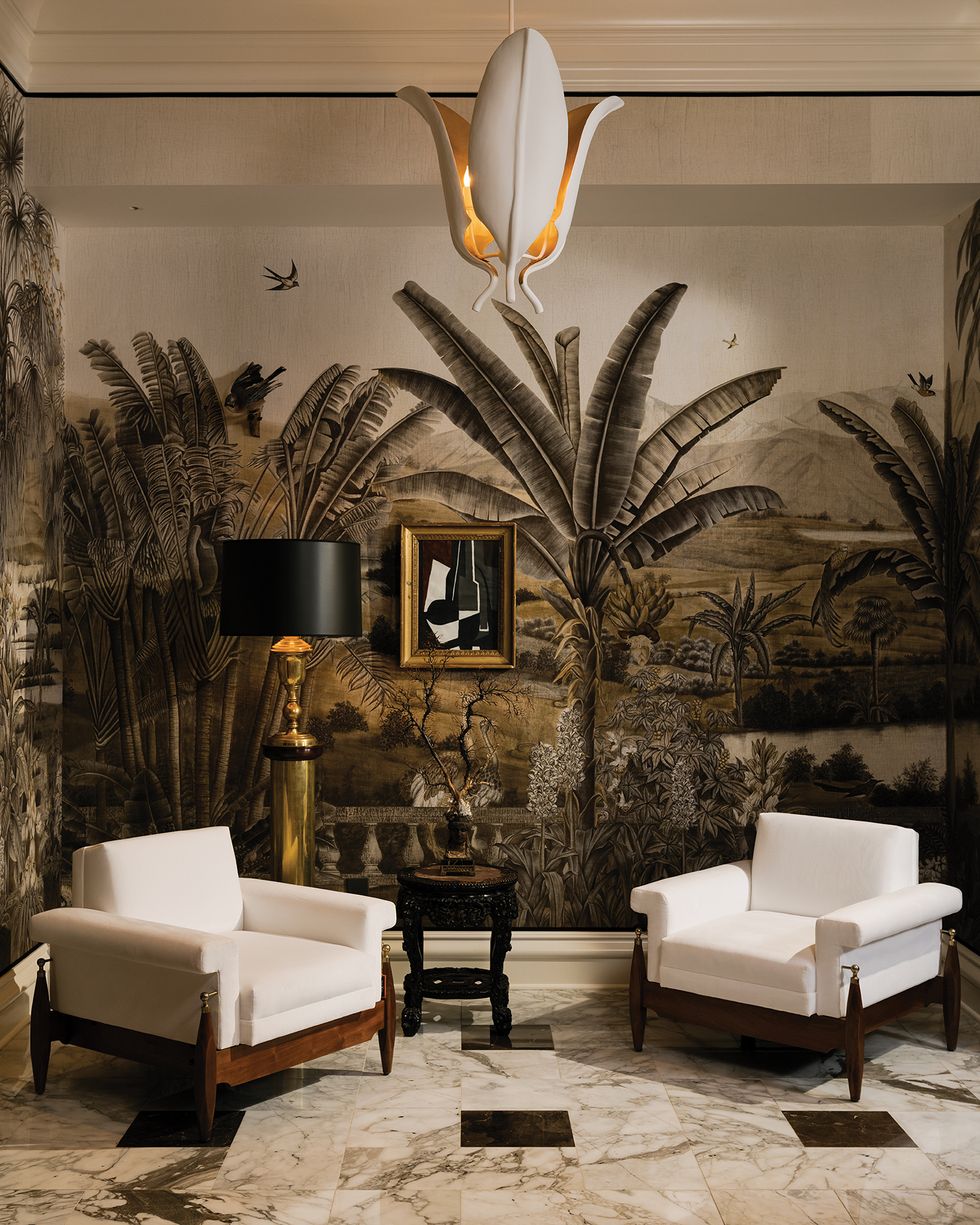 Walking through the door of Moxie is like stepping out of Houston and into a historic European country house, one whose owner is an eclectic curator with a distinct knack for color and layering.

The interior-design haven annexed the building next door, bringing its total square footage to 8,500. The overwhelming renovation of the former auto-mechanic shop took a full two-and-a-half years, with their design firm and store still operating inside during the process. At times, “it was a disaster,” says co-owner Dennis Brackeen, who describes the building as formerly “scotch-taped together” — but the payoff is well worth it.

The sprawling showcase of items is now displayed within rooms that are designed in meticulous and maximalist detail, from the luscious botanical wallcoverings and Chinoiserie panels to the veined black-and-white marble flooring. “I wanted this space to be an experience,” says Brackeen, who has an affinity for organized chaos. “So many people are getting out of brick-and-mortar. If you’re going to do it, and be successful at it, you need to step up your game.”

An Empire-style desk is flanked by ebonized Neoclassical bookcases, while a vintage 16-arm brass chandelier hangs above

Estate sales, auctions and up to three containers imported from Europe per year culminate in an expansive assortment of finds dated from the 17th century up to yesterday. Currently making its way across the Atlantic is Moxie’s next container, packed with an 18th-century white statuary marble fireplace from Rome; a 1950s etagere made of bronze, glass and resin; and several vintage finds. Says Brackeen, “We love good design regardless of price.”

AT TOP: At Moxie, a Schumacher Iksel wallcovering serves as the backdrop for a pair of Italian lounge chairs