The Cost of Mobility: How a Local Nonprofit Helps Athletes with Disabilities Afford Adaptive Sports Equipment 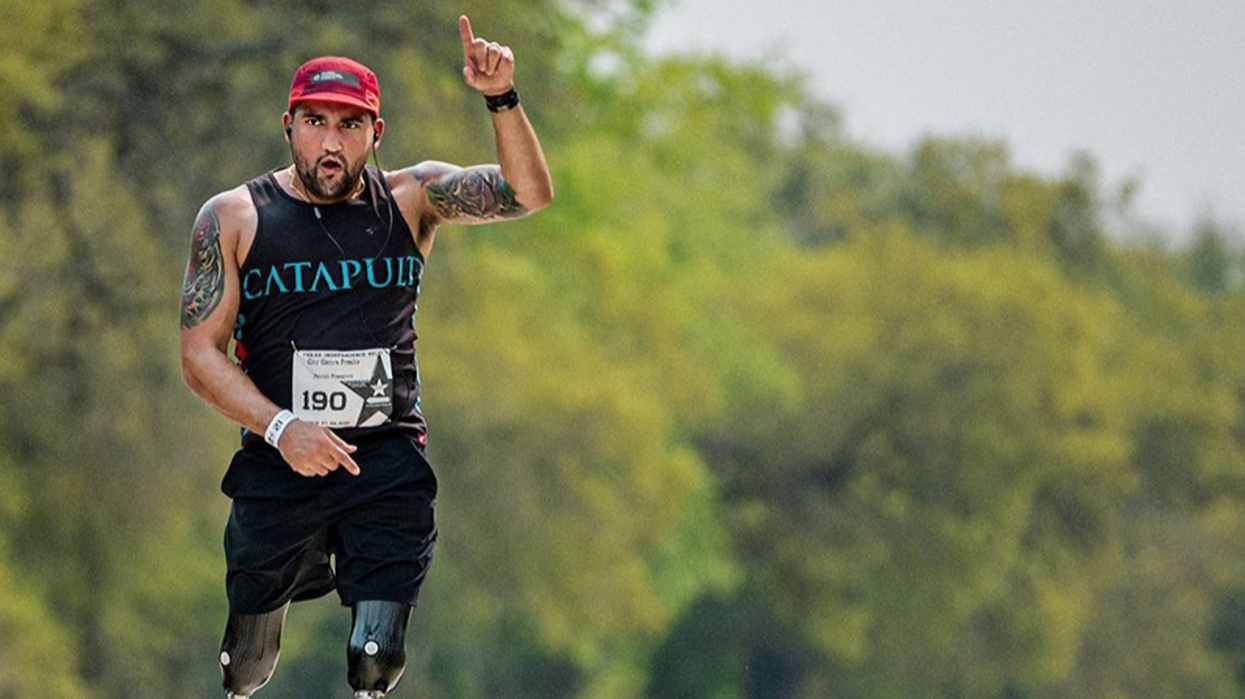 TO THE AVERAGE able-bodied person, the cost of a walk in the neighborhood or a jog in the park is zero. For an amputee who needs prosthetic limbs to walk, the cost can be upwards of $80,000 to $100,000 for one limb. While insurance will usually help cover that cost, it's not always covered entirely, and insurance companies will usually try to insist amputees get a retro hydraulic prosthetic, instead of the updated computer-generated limbs that are standard today.

To go for a jog, the cost is even higher — and it's not covered by insurance at all, as it's not deemed a "medical necessity." To run, an amputee would need customized running blades, just one of which can cost $5,000 to $13,000 or more. If someone needs two, that cost doubles.

"Sure, it's technically not a medical necessity, but what about our quality of life?" asks Patrick Pressgrove, an avid runner, bilateral amputee, and COO of Catapult, a Houston-based nonprofit organization and community for athletes with disabilities. Pressgrove has been running since 2015, encouraged by his prosthetist and a fellow adaptive athlete. "Back in 2015, I would go to work, and go home, and twice a week meet up at Memorial Park [to run with Catapult]," says Pressgove. For many adaptive athletes, Catapult offers not only the financial support to be able to live an active lifestyle, but the moral and social support of other runners, both able-bodied and adaptive.

This year, Catapult will match last year's budget of $35,000 in grants for athletes with disabilities. Grants range from $350 to $800, depending on the recipient's needs and level of athleticism. The money can be used for equipment, including prosthetics and wheelchairs, as well as competition fees and travel expenses. Applications for grants are ongoing and can be found on teamcatapult.org.

So how does Houston fare as a handicap-accessible city? "To judge that, you'd have to go by the lowest common denominator, which is wheelchairs," explains Pressgrove. "Most places are wheelchair-accessible, but not all places have wheelchair-accessible bathrooms." Other concerns are sidewalks, which Pressgrove says "are a joke" in Houston, and handicap parking, which he says many people don't always respect.

While Catapult the community is deeply personal, Catapult the organization also looks at the bigger picture. Officials are involved with people who work towards greater change, the most significant of which would be reforming insurance policies so that they cover adaptive sports equipment, such as specialty wheelchairs and sports prosthetics. Until then, athletes with disabilities rely on organizations like Catapult for the opportunity to do more with their bodies and live the most fulfilling lives possible.

Houstonians can help make a difference with financial donations, accepted on the website, and can also participate in Catapult-organized sporting events. There's also a unique opportunity to become a guide for athletes with disabilities, who often need someone to run or ride with them for different reasons. For blade runners, it's to make sure there is enough room around the runner for the blades to swing around. For wheelchair cyclists, it's to make sure other cyclists don't run into the low-riding hand cycle, while blind athletes need a tandem runner or cyclist to guide the route.

Apply to be guide at teamcatapult.org today.