Considered Extra-Dangerous During Covid, Houston Choral Society Is Finally Back on the Risers 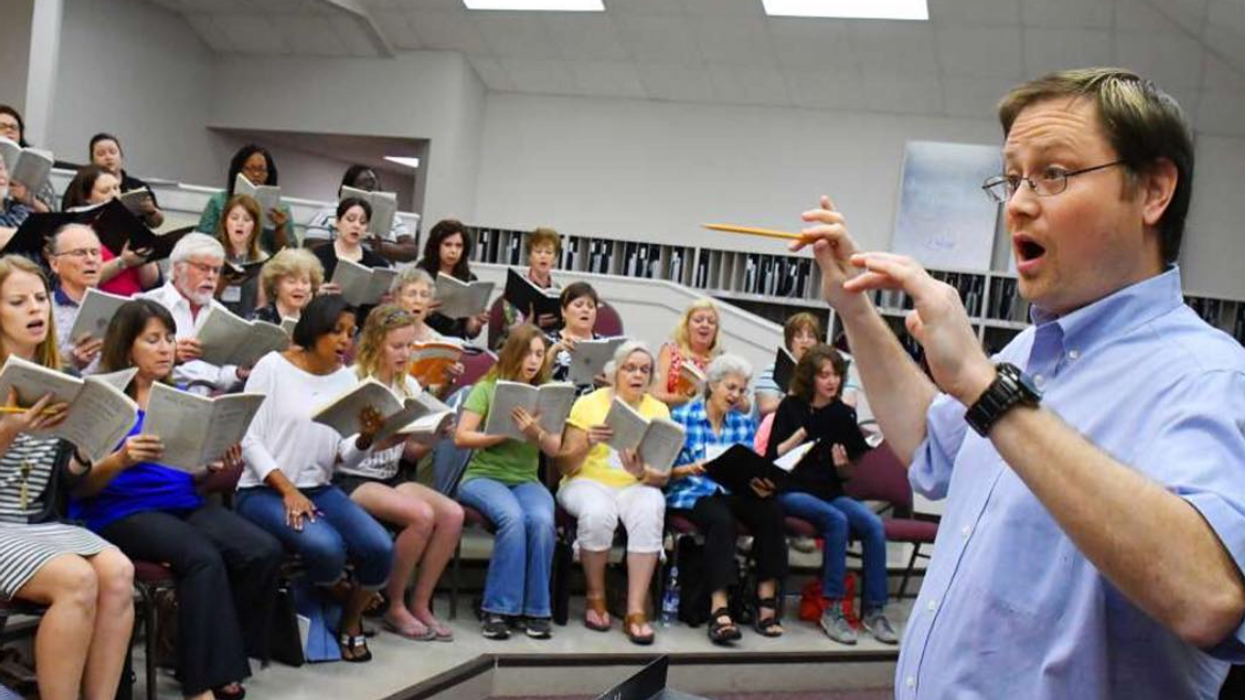 WHILE THE COVID-19 pandemic prohibited us all from doing many things in 2020, few activities were more dangerous than singing full-out in close quarters with nearly a hundred other people. "Singing is inherently a dangerous activity during a pandemic," says Nicole Elliott, vice president of audience development for Houston Choral Society.

The choir suspend rehearsals and decided quickly to hold virtual rehearsals, which posed very frustrating challenges in a craft that fundamentally demands being very near the people you are singing with, and hearing your voice in the context of all the other voices. "[Artistic Director] Dr. Kevin Klotz would conduct and we would each sing on our own," Elliott says, describing how they made the most of Zoom rehearsals. "We also spent time together with virtual happy hours doing skill-building, such as sight-reading and ear training. We even played some music trivia to stay connected!"

Despite the challenges, Houston Choral Society powered through a season of separation, producing three virtual concerts with the help of recording engineers, who compiled individual recordings and transformed them into group performances. And now, the choir is back at almost full force, ready to tackle a new season, excited about its resurrection.

"We held our first in-person rehearsal on Monday, May 24th," says Elliott. "The rehearsal space was partitioned off into masked and unmasked (for vaccinated members) spaces, and a survey ahead of the rehearsal showed that we had a very high vaccination rate! Because singing is difficult with a mask, it was a great incentive for the rest of our members to get out there and get vaccinated."

This August, Houston Choral Society will hold new member auditions, followed by a full season of programming which includes Mozart's Requiem in the fall, and a commissioned piece by Norwegian composer Ola Gjeilo next spring. And now that international travel has resumed, the choir will finally be able to make its concert tour of Italy next summer.

"Bringing friends back to share in singing for the first time in over a year was a very emotional experience," says Elliott. "There's nothing like sharing music. It's not something we ever expected to be without, but we know now it's something we will never, ever take for granted again."