Could Houston’s Resilience and Unique Strengths Mean Unexpected Growth in the Wake of Pandemic Crisis? 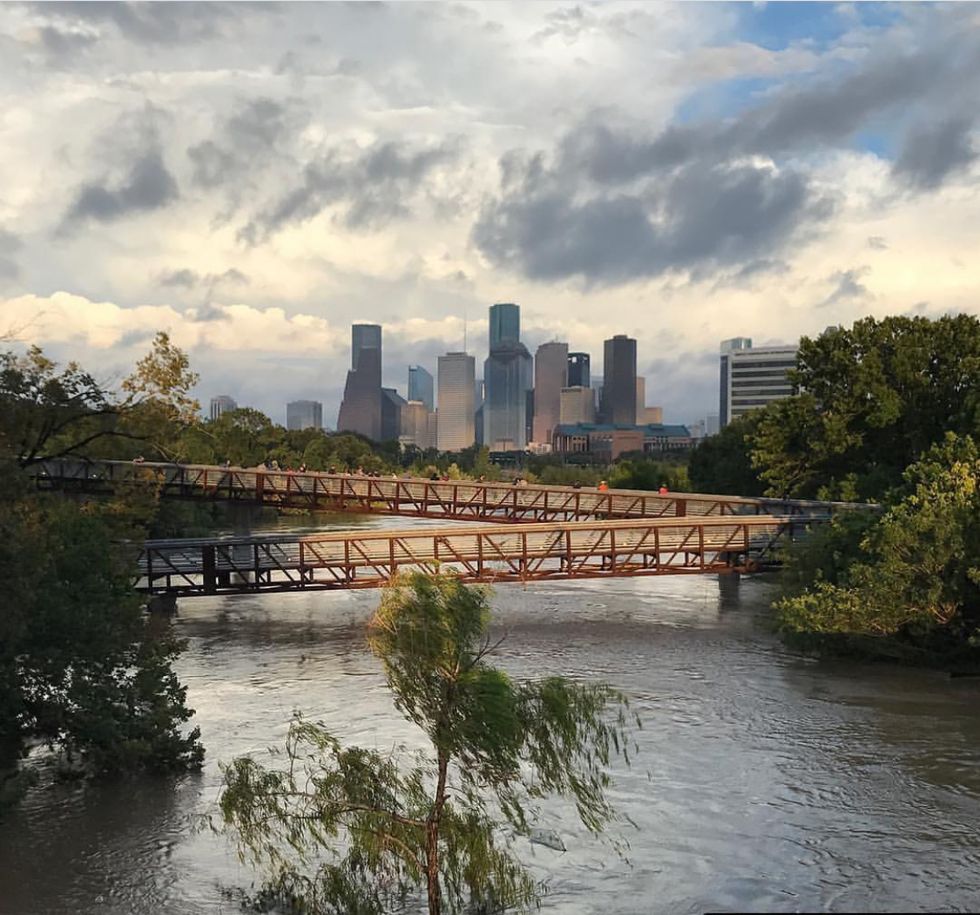 California-based author and podcaster Dave Rubin of The Rubin Report — a conservative talking head with millions followers on his various social media pages and platforms — created a mini-stir on Twitter last week when he tweeted the following of him and his husband: “We’ve loved every second of being in Los Angeles since we moved here in 2013. For the first time since we got here we’ve been discussing leaving. … How you doin’ Texas?”

Rubin, a fan of the kind of lower-tax, business-friendly environment Texas touts, has complained about California before, but this was different. This was about what he perceived as limitations on his personal freedoms by the state’s governor, who had shut down the L.A. area’s famous beaches, among other lockdown-era restrictions. Regardless of your personal view on the politics of the pandemic, one thing was clear: In Rubin’s mind at least, Texas’ style of perseverance through the crisis has been better than California’s — so much so that he might just move here when it’s all over.

According to A.J. Mistretta, vice president of marketing and communications for the Greater Houston Partnership, one interesting indicator of folks’ interest in moving here — to H-Town specifically — has remained steady through the crisis so far: the number of requests coming in from out of town for copies of the semi-annual relocation guides the Partnership publishes. “I really would have expected to see a slowdown, a decrease in interest of some kind,” he says. “But there hasn’t been. People are definitely still interested in Houston.”

Is it possible that the terrible Covid-19 pandemic could have a silver lining for Houston? Will people living elsewhere look at how this city has fared through the crisis and think something like, at least it’s not as bad there as where I live now? And is it possible that some of the things that have dogged Houston’s reputation — the weather, urban sprawl — will be its saviors in the end? Will its curses turn out to be blessings?

After all, Texas’ stats on the novel coronavirus are … well, not good … but better than most. It had the fourth-lowest number of Covid cases of all states per capita, with 111 per 100,000, according to data from earlier this week. And it tied for the third fewest deaths per state, with three per 100,000.

What to credit? Solid leadership at both the local and state levels that so far has fairly well balanced health and economic concerns, many would say. Maybe the lack of traditional big-city density, the urban-core-blends-right-into-suburbs sprawl for which Houston is often teased? Nobody’s laughing now, as Covid-19 doesn’t spread as easily in less dense environments. Or, perhaps it’s the bane of the city’s existence, the heat and humidity? Emerging research suggests the virus doesn’t live as long on surfaces in warm, muggy conditions. (If scientists would just announce that mosquitos eat the virus, we’d really be in good stead.)

It might also be worth noting that Houston has just about the youngest population of any major city, which means more of its residents are less vulnerable to the coronavirus. More than 90 percent of Houstonians are under 65; nearly three-quarters are under 45.

Also, as the world’s attention turns to healthcare and medical innovation in a profound way, it couldn’t hurt that Houston is home to the largest medical and life sciences district in the world. In fact, several of the 100 or so Covid-19 vaccines now in development are taking shape in Houston. “The Texas Medical Center is the place people go to for guidance in times like this,” notes Mistretta, emphasizing that the city has long been a leader in all kinds of research into treatments and cures for a wide range of illnesses and diseases.

“Our expertise is clear,” he adds. “There’s a solid and growing infrastructure, and people [considering a relocation to Houston] might see an opportunity there.”

Of course, you can’t ignore the 800-pound gorilla in the room — or rather, the $20 barrel. The energy business that underpins at least a third of the local economy is in dire straits, to be sure. One Houston Chronicle writer just said the industry is in the midst of the biggest crash ever. But, then again, as of this writing, the price of oil has been up six of the past seven days, with investment bank Morgan Stanley unequivocally announcing that “the worst is over for oil” just a couple days ago. Demand will, most likely, slowly go up from here on, say those in the know, as a journey to recovery begins.

And the demand for alternative energies — the production of which Houston intends to lead over the coming years and decades — may become more intense, with green initiatives accelerated. “We are partnering with a range of local leaders committed to energy-transition efforts,” says Brett Perlman, president and CEO of Center for Houston’s Future, “and they share our belief that this crisis won’t stop these efforts and is likely to provide a new catalyst for action and success.”

So, in the long run, could it be that even the toughest challenge the city faces — the struggle of the traditional energy biz — may help usher in a new boom?

Regardless, it’s clear pundit Rubin will have plenty to think about as he contemplates a move to the Lone Star State. For a few other good reasons to consider relocating here now, he actually needn’t look further than the replies to his initial tweet on the matter. One respondent pointed out that, without state income taxes, he could afford quite a bit of delicious barbecued brisket. Said another, “You’ll love the Tex-Mex.”

At top: Houstonian Maneesh Singal captured this beautiful shot of the skyline the morning after Harvey’s driving rains finally abated. Will the “morning after” the Cover-19 crisis be as bright for the city?