The
Magazine
The
Podcast
STYLE

It's All in the Jeans 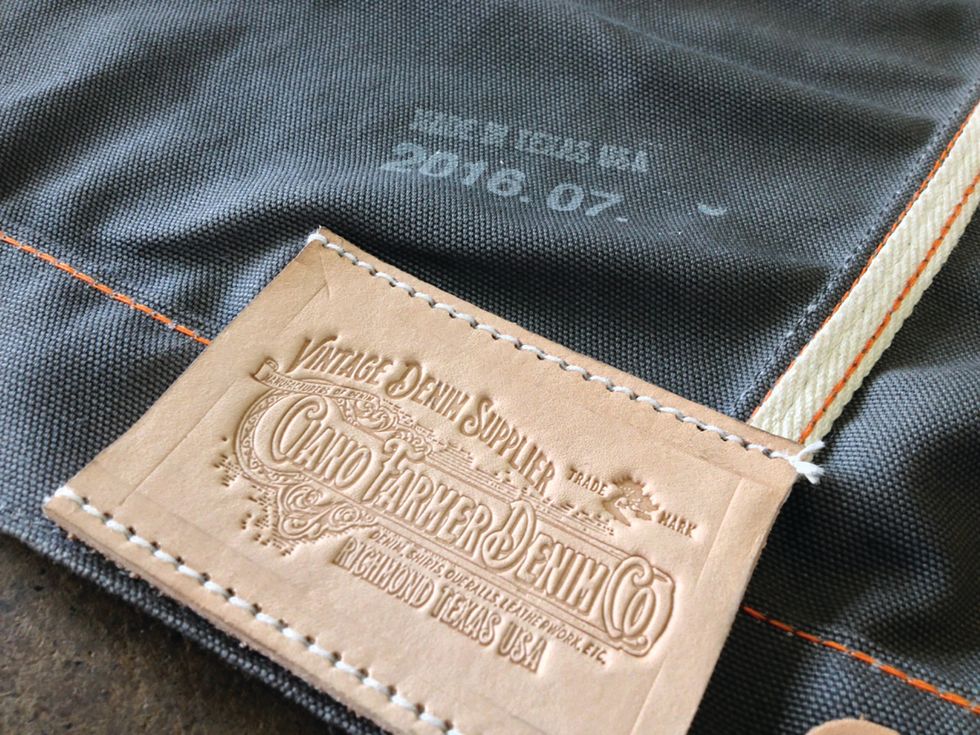 It was 2010 when Ciano Farmer went to the port of Long Beach in California to welcome a ship coming from China with six 40-foot-long containers bearing the biggest production yet of his eponymous line of jeans. But when the ship was unloaded, Farmer was presented with just one single 20-foot container. “Millions of dollars of product was missing,” he says. So, he immediately ventured to Asia to see what happened, only to find the factory razed, his inventory vanished. “From that day forward, I vowed never to make another garment overseas,” says Ciano, who rebooted his career in 2014 by raising $21,840 on Kickstarter — a modest sum he’s since turned into one of the most sought-after cult men’s workwear brands.

What makes denim-heads go crazy for the brand is attention to detail. Sewing is done on vintage machines, and his designs incorporate unique, archival details such as buttons hammered from pennies, fully taped seams, back buckles and hangar loops. All of it is manufactured by hand from a pair of tin-shod workshops in Richmond. And the garments are all surprisingly affordable.

“I bought my first denim from a 70-year-old farmer who has a loom down in Beasley,” says Farmer. “The deal was that he’d only sell me the denim if I priced my jeans so his fellow farmers could afford to buy them too — same as Wal-Mart: $68.” The prices have stayed pretty much the same — ranging from $72 for lightweight Texas denim to $168 for exotic heavyweight denim from Japan. He’s since added several other lines of product as well, including jackets, hats, belts and t-shirts, all of it produced locally in Texas.

As for where you can buy the stuff? It’s only available through online orders at cianofarmer.com. You can call and get Farmer on the phone, but he doesn’t allow factory visits, and very little is ready-made.

In fact, Farmer is somewhat secretive and his life story and career trajectory is tricky to track (and confirm). A 50-year-old divorced father of one, his Kickstarter video from 2014 shows an Asian man with a trim gray beard and slicked-back hair cutting patterns and constructing jeans.

As he tells it, Farmer was born in Okinawa to a Navy father and a Japanese mother, and, after they returned to Texas and Farmer graduated from high school in Pasadena, he initially planned to be a nuclear engineer in the military. “I went to the Merchant Marine Academy in New York, but in my third year it was clear the military wasn’t what I wanted to do,” he says. “So one night I got drunk with my buddy and he wrote down all these random, different careers — florist, architect, whatever — and put ’em into a hat. The deal was that whatever I pulled out is what I was going to do. Out came, ‘fashion designer.’”

While most people wouldn’t take a challenge like that seriously, Farmer did, and despite having no knowledge of tailoring, he landed at Parsons. “I got admitted using a dress I commissioned from a seamstress in Chinatown and wasn’t kicked out because I became a pet of the dean,” he confesses. After (barely) graduating, he says he landed gigs with Fila, Puma and Ecko Unlimited. This led to the launch of his aforementioned line of denim — Ciano Farmer, which then retailed for $300, and a lower-priced C-Star line, well-worn examples of which can still be found on E-bay and appears to have taken advantage of the pack-pocket bedazzling trend of the 2000s. “At the time, we were doing phenomenally well and I expected to top ten million in sales, but then my Chinese partner stole everything.”

These days, Farmer is striving for more modest gains and is looking to move into a new space closer to town, most likely in EaDo (though he is threatening to move to Deep Ellum in Dallas if he can’t find something here). “It has to be on a bus line, so I can bring in some workers to cut and sew.” And he sure could use the extra sets of hands. As it stands these days, new orders take 11-15 weeks (and often longer) for delivery, something that doesn’t thwart his fans. “I am amazed at the orders I am getting — from Japan, which you might expect, but also from Germany, Hungary, Sweden … half my orders are from abroad.”

But his favorite customers remain the farmers in Beasley. “We offer a lifetime guarantee on our jeans,” says the aptly named Farmer. “One of the greatest pleasures I get is seeing the jeans that I have sold to those farmers come in for repairs. They farm in those jeans, so when they get their jeans fixed it’s like they’re doing maintenance on their cars. For them, it’s not about fashion, it’s about work.

“Sometimes they ask for small changes here and there, little improvements. It’s like my own personal R&D lab that helps me make my jeans better. I know they will be customers for life.”