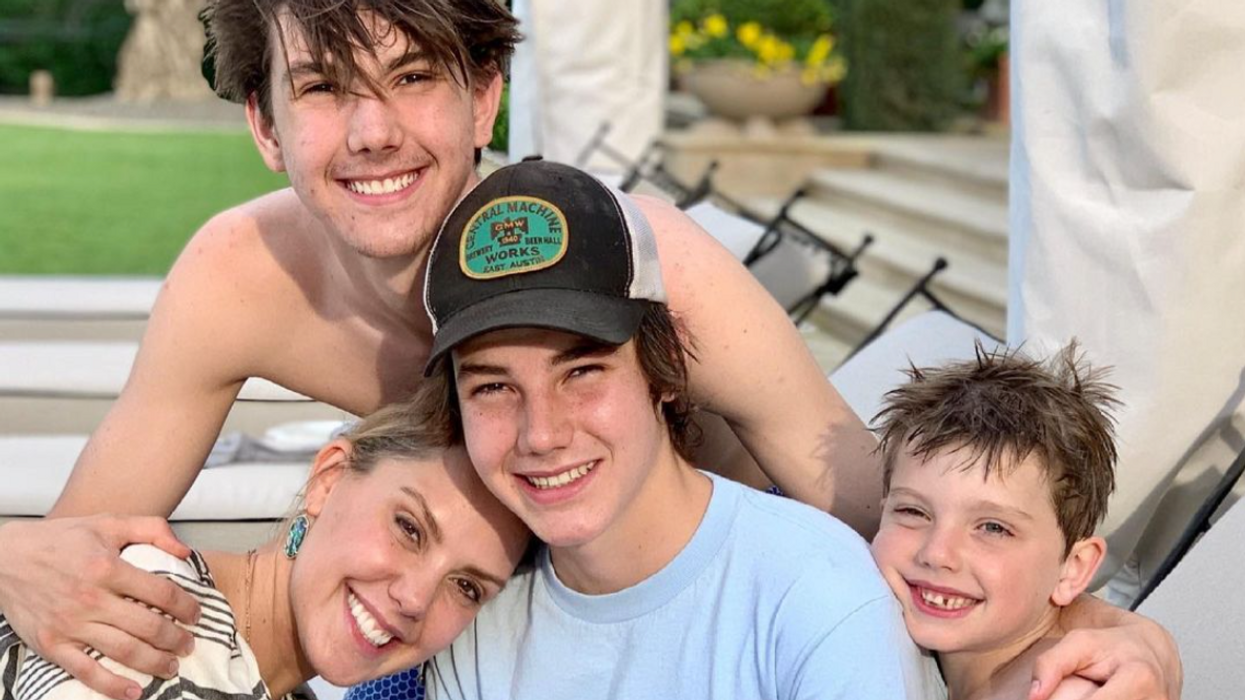 Designer Kendra Scott with her three sons / Photo via Instagram

ONE OF HOUSTON'S favorite jewelry makers is for the first time creating pieces for men, and she says her sons inspired her to do it.

Kendra Scott, who went to high school in Houston before decamping to Texas A&M for school and eventually landing in Austin, on Friday announced the introduction of her new Scott Bros. Collection of men's and gender-neutral designs. Per a news release, it's "filled with a mix of styles made of genuine stones, leather cord, paracord, and vinyl beads."

In keeping with Scott's noted philanthropic mission, proceeds from sales of the Cade Suite of the collection will benefit the Peyton Manning Children's Hospital Art Therapy program. In the last 10 years, the company says it has contributed more than $40 million to local, national and global nonprofits.

"I've been a jewelry designer as long as I've been a mom," says Scott, executive chairwoman of the brand and mother of three sons. "As my boys have grown, so has this business. That's why I'm thrilled to introduce Scott Bros. by Kendra Scott, designed in collaboration with my sons to be fun fashion that anyone can wear."

Kendra Scott has 100 boutiques all over the country, including multiple locations in Houston, and is also available at luxury department stores such as Neiman Marcus.

From Your Site Articles
Related Articles Around the Web
Style
promoted