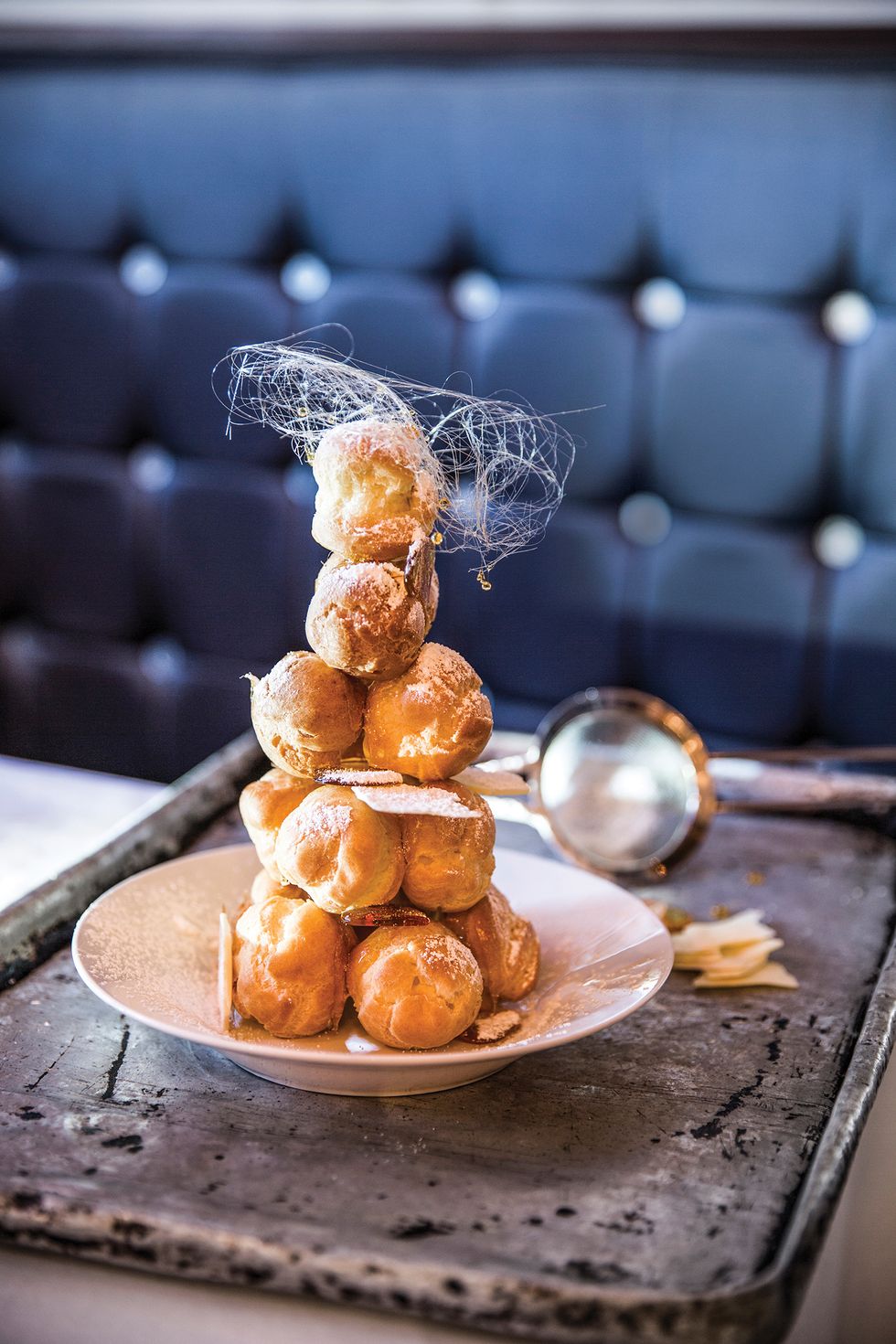 Following a brief hiatus to renovate and regroup after the closing of One Fifth Steak, Chris Shepherd officially opens One Fifth Romance Languages with a new menu, drawing inspiration from Spain, France and Italy. Courses include carbonara with house-made guanciale and duck heart Bolognese, and the croquembouche for dessert: a towering tree of cream puffs with orange anise cream. 1658 Westheimer Rd.

After a year’s closure to make upgrades, Raven Tower has reopened at White Oak Music Hall offering visitors sweeping views of Downtown once again. On ground level, the La Macro food truck — a sporadic visitor to the Raven Tower parking lot serving up late-night tacos, tortas and burgers — has established a more consistent presence with a permanent home inside the patio fence from Tuesday-Saturday between 4pm and midnight.

Weeks after launching Goode Company BBQ in The Woodlands, Goode Company Restaurants has doubled down with Goode Company Kitchen & Cantina (8865 Six Pines Dr.) next door. The bar, adorned with handcrafted Mexican pendant lights, boasts a menu of cocktails incorporating agave-based spirits and “Damn Goode Margaritas” while the no-nonsense Tex-Mex fare — including stuffed jalapeño rellenos and seafood campechana with signature classics like redfish served on the half-shell — is a nod to the Goode family’s culinary heritage and traditional Texas lifestyle. Another location bows in the former Mason Jar location on I-10 later this year.

Coming this fall: The owners of Bosscat Kitchen & Libations have announced they will open BCK: Kitchen & Cocktail Adventures in the space formerly housed by Glass Wall. The Heights spot will feature nostalgic American fare inspired by “out of the box” dishes that the Bosscat owners would eat as children of the ’80s and ’90s. 933 Studewood St. 