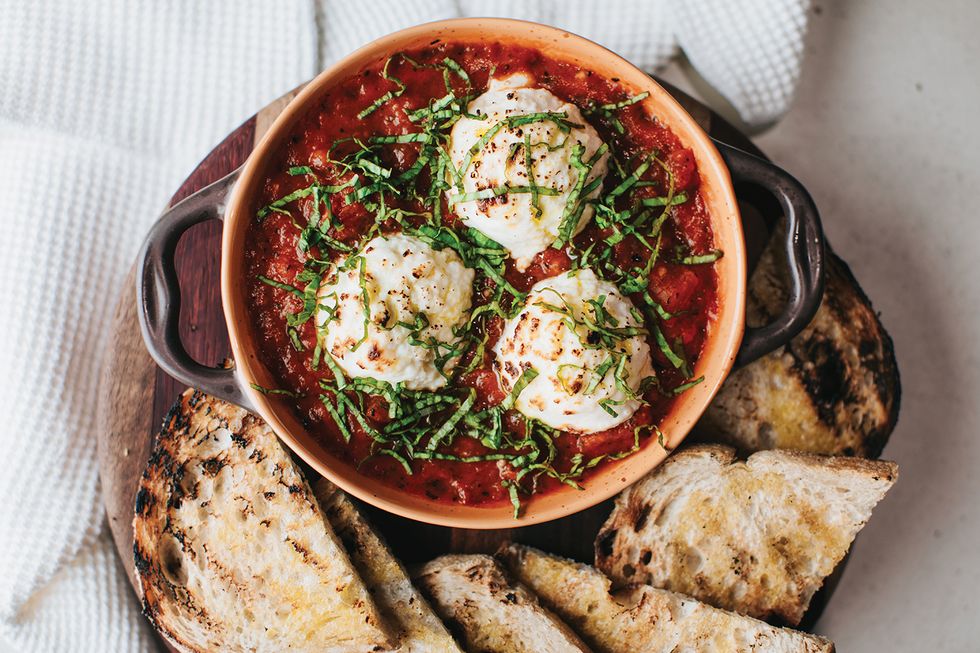 Only in Houston would a talked-about ice cream shop throw open its doors in the middle of January! Jeni’s Splendid Ice Creams is now scooping its creative flavors — fluffernutter pie, sweet cream biscuits with peach jam — in the Heights. 375 W. 19th St., 346.335.1394

Wine not hit up the Heights for happy hour? European restaurant Savoir (1344 Yale St.) opened in a former warehouse on Yale with a next-door wine shop called La Grande Rue. Nearby, Mutiny Wine Room (1124 Usener St.) just bowed, and to the north, Camerata in the Oaks (1225 W. 34th St.) — a follow-up to the wine bar next to Paulie’s — finally opens in Garden Oaks this spring.

Paul Petronella opens Camerata in the Oaks this spring.

La Lucha has a few fun new offerings for the new year, including the Lucha Libre mocktail with pineapple, lime, agave, spicy tamarind and chili arbol syrup. Finish off a meal by building your own soft-serve, with toppings like marshmallow fluff — or, for the adventurous, savory house-fried chicken skins. 1801 N. Shepherd Dr., 713.955.4765

Between its Dallas and Houston locations, Pappas Bros. Steakhouse boasts not one but three Master Sommeliers, Barbara Werley, Jack Mason and Steven McDonald. The trio hosts a rosé “master class” on Jan. 31 at the Downtown location. Expect exclusive pours from the most well known champagne producers in the biz, including Dom Perignon, Krug and Paul Bara. Only 15 tickets are available, for $1,295 each. 1200 McKinney St., 713.658.1995

Antone’s Famous Po’ Boys is now dishing out its hot sandwiches, muffulettas, house-made gumbo and grab-and-go bites in the Med Center, across the stress from Texas Children’s. Gin Braverman designed the interiors, and will soon overhaul the other two Antone’s locations. 6618 Fannin St., 832.767.1873

It’s hard to believe the final installment of Chris Shepherd’s groundbreaking One Fifth will be announced later this year. Celebrate the restaurant’s third birthday on Jan. 29 at a dinner highlighting faves from all four concepts — Steak, Romance Languages, Mediterranean and Gulf Coast. 1658 Westheimer Rd., 713.955.1024

With nearly a dozen restaurants in the area — and finally one inside the Loop, on Washington Ave. — Houston-based breakfast chain The Toasted Yolk announced it will expand to the Dallas and San Antonio markets, opening a whopping 20 more locations in the next few years. thetoastedyolk.com

A new Sake Social happy-hour menu is available from 5-6:30pm at Uchi. Favorite light bites, such as the spicy crunchy tuna roll, appear alongside new specials, like a half-dozen oysters with a half-bottle of Krug. There’s even a sweet treat in the unique Foie Gras Candy Bar with truffle-caramel! 904 Westheimer Rd., 713.522.4808

AT TOP: Baked ricotta with grilled bread at Sixty Vines

Raising a Glass to the 2019 Leaders & Legends