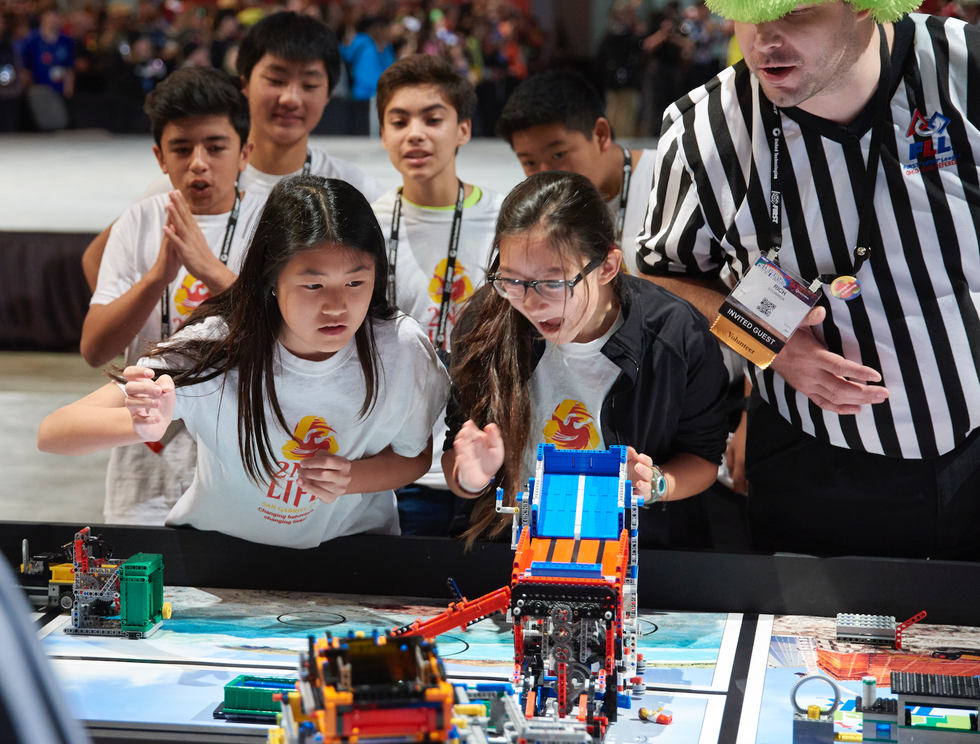 Houston is, of course, home to NASA, a champion of science, technology, engineering and mathematics. And this month, the Space City furthers its standing as an innovation hub, playing host to the For Inspiration & Recognition of Technology (FIRST) Championship. The technology and robotics competition takes place among more than 40,000 K-12 students, from 40-plus countries around the world, on April 19-22. Started by Dean Kamen — the kooky innovator behind, among other inventions, the Segway and Coca-Cola’s new space-age soda-fountain machines — in 1989 in an effort to increase the number of young people who pursued careers in the science-related fields, the FIRST competitions take place year-round, culminating in a scholarship awarding championship every April. At the Houston event — which is open to the public and includes activities and competitions at the George R. Brown, the Toyota Center and Minute Maid Park — teams of aspiring engineers work together to create and show off their robots, which then compete in games of varying degrees of coordination and skill. Prizes are distributed based on categories like creativity and safety. Participants also mingle with hundreds of execs from companies like Google, Boeing, General Electric and — naturally — NASA.

As Covid vaccination numbers soar — as does general optimism for a new post-virus era —Houston society is again dressing up and stepping out, cautiously, to support the arts and other causes. Saturday night, they made the scene at the Post Oak Hotel, for a grand in-person black-tie bash in support of the Houston Symphony's educational and community-outreach programs.

A just-announced collab between Gucci and Detroit designer Tommey Walker will benefit 11 nonprofits across the country, including the sustainable design house Magpies & Peacocks here in Houston.