The
Magazine
The
Podcast
Q&A 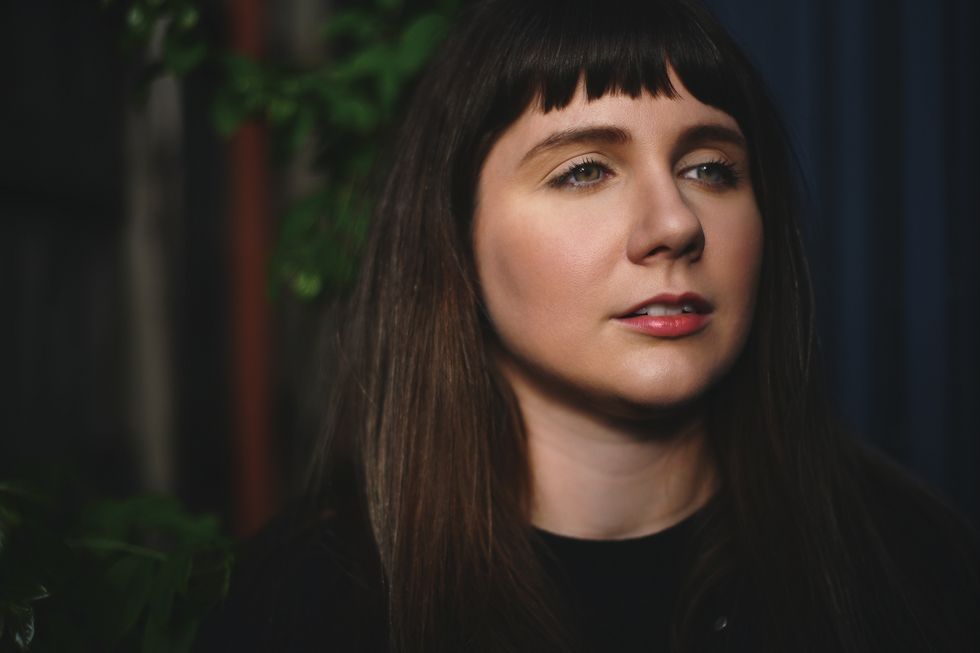 Jessica Baldauf may not be from here, but she’s pushing the “keep things local” initiative as hard as anyone in H-Town. In 2015, the Tacoma, Wash.-born musician — she plays bass for local inide-pop group Rose Ette — launched Miss Champagne Records, a label that puts out cassettes by Houston bands. Now with an impressive 13 releases in her catalog — including tapes by “riot grrrl” rockers Giant Kitty and post-punk band Ruiners — the personable Baldauf, who works by day at a law firm, runs Miss Champagne out of her Montrose home. “The label is basically me emailing people and low-key freaking out while Netflix plays some reality trash TV show in the background,” she says.

It’s 2018. Why cassettes? They’re affordable, have a quick turnaround, and they’re something physical. There’s a deep charm for physical media. They’re a true analog form of listening to music, but can still come with a download card. I think when people think of cassettes, they think of a cassette from the 1980s where the label shrunk down the artwork and put the track list at the bottom. There’s no insert, there’s nothing. It’s actually a much deeper art form than that.

The label has a diverse roster. What makes a band Miss Champagne-worthy? When I hear it and I think it sounds good, I’ll want to work with you. And Houston is relatively small in terms of the music scene. These bands are all playing together anyway, and they’re all friends, so why don’t we get everyone on the same page? Quite a few of [the label’s] bands have written me and said, ‘I’m doing a release show, I know these guys are [also] on your label, I was thinking about asking them [to perform]. Is that cool?’ It doesn’t create a scene ­— there’s already a scene — but it sort of brings people together in this way that may not have happened otherwise.

What do you like to do in your little spare time? I feel like I’ve just been eating poke — Ono Poke is two blocks from my house. And I like documentaries, especially true crime. I like imagining people breaking into my apartment and murdering me. Just kidding. I don’t like doing that. It just happens because I watch a lot of true crime.

What’s next for the label? Hearts of Animals’ [Mlee Marie’s always-morphing singer-songwriter project] new album will come out May 5. And the plan is not to only release cassettes. I’d like to put out records in the next year or two.