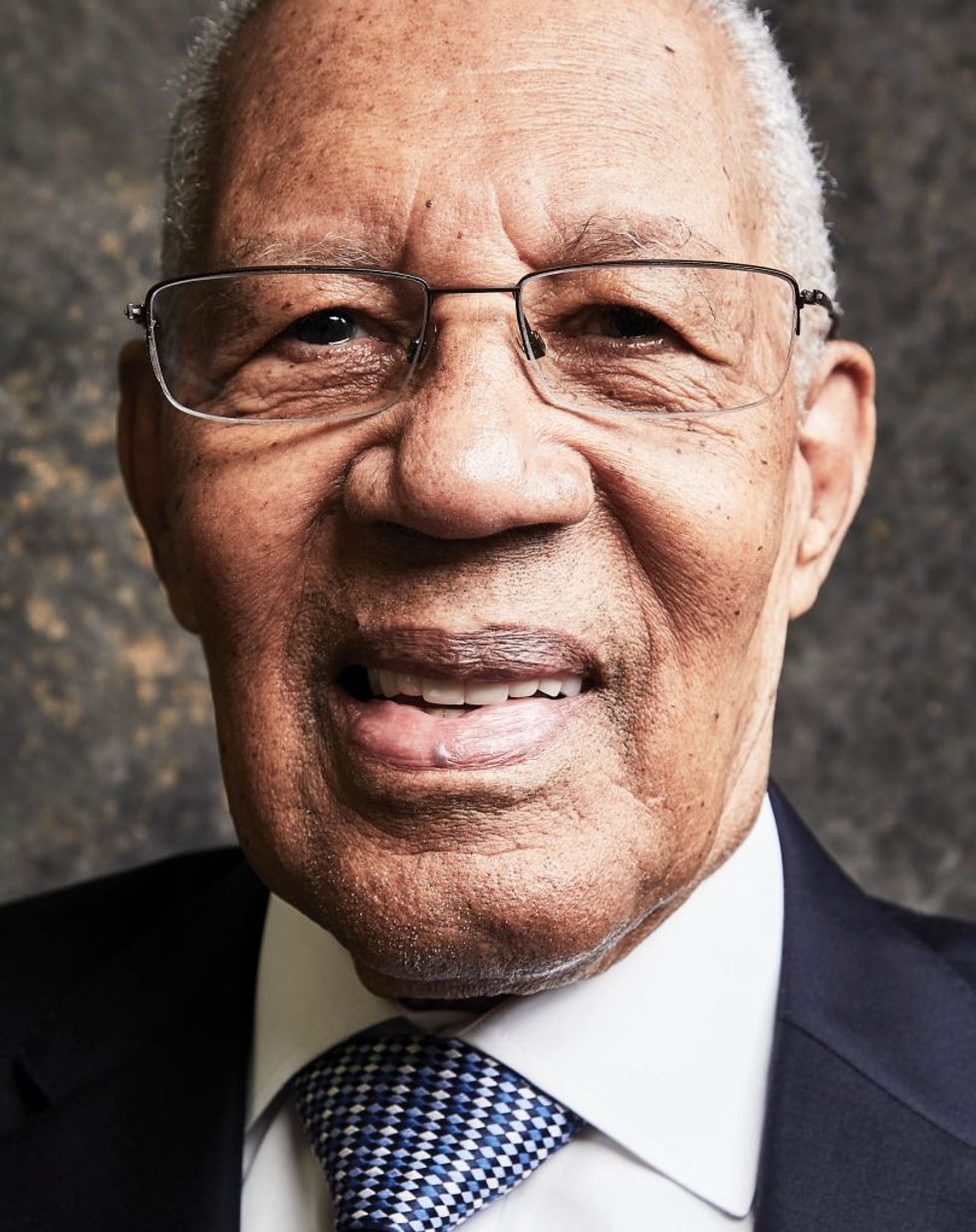 Among the voices speaking to a crowd of tens of thousands gathered around City Hall in honor of George Floyd yesterday was the steady, reassuring one belonging to Bill Lawson. Charismatic and kind, the pastor and civil rights icon, 91, came to Houston from the Midwest in 1955 as the director of TSU’s Baptist Student Union, and went on to become the city’s greatest advocate for African Americans, Hispanics, women and the poor.

Lawson — whom CityBook honored last year in our Leaders & Legends portrait series, from which this fantastic photo by Steven Visneau was pulled — could not easily be heard over the passionate protestors, but that, Lawson implied, was exactly the point of the entire afternoon. As his fellow advocates and community leaders tried to quiet the crowd from the stage, Lawson pleaded, “They need to make noise.” He added, “You’ve been quiet for a long time.”

“I have seen the civil rights movement from Rosa Parks until today,” Lawson said from his wheelchair. “I see you determined not simply to have three officers prosecuted, but to change the life of these United States. And the people who march with you who are people no longer in simply Minneapolis, no longer in Houston. But all over the world.”

Lawson also urged the people to remember that the movement extends beyond yesterday’s march. “We have to make sure that something is done on Wednesday, and on Thursday, and next week, and the week following that,” he said.

He did, however, commend the day’s events, lauding the organizers and, in particular, Mayor Turner. “This is no longer just a black parade,” he said. “This is a parade of all kinds of races and cultures, and you have been heard. Maybe nobody had heard you before, but with the death of this one, simple Houston man, you have been heard. And the noise will not go down.”

AUGUST IS HERE, and while the social season is still a ways away, some revelers kicked things into gear early at the grand opening of Porsche River Oaks.
Keep ReadingShow less
People + Places
Trending
parties

Where to Try the 'Best Burger in America' this Weekend