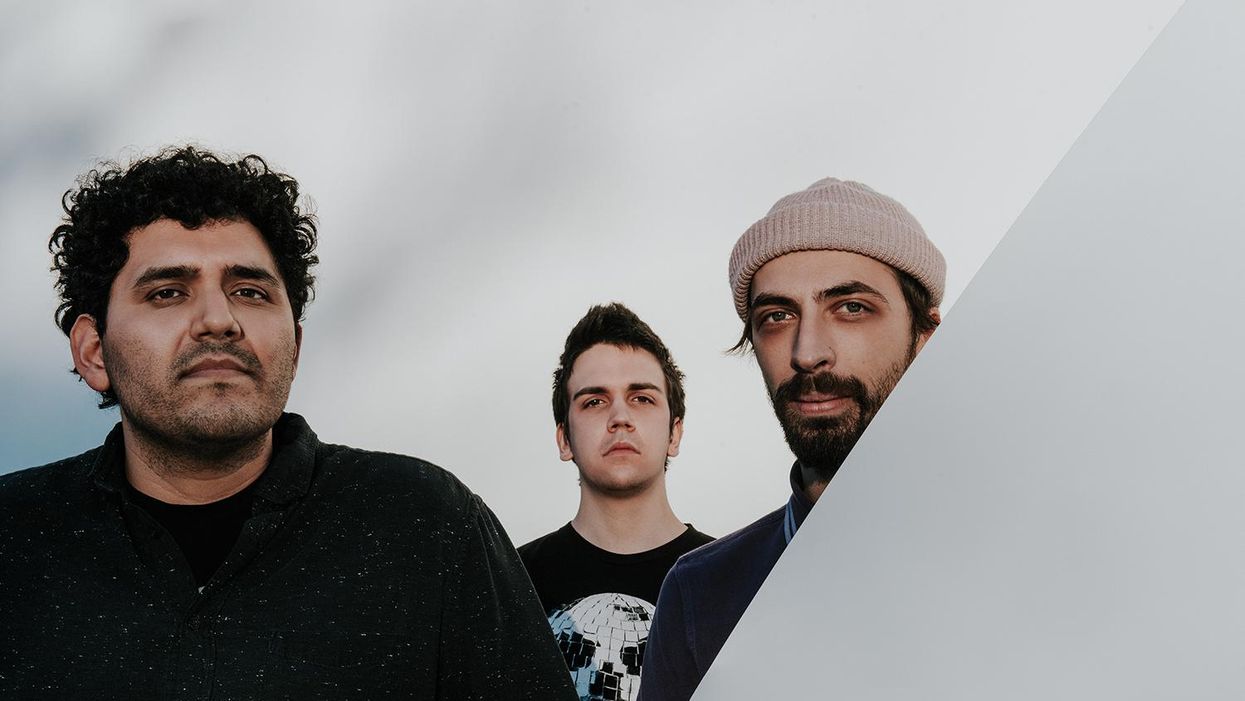 "IT'S LIKE 2012, but times 20," muses a masked Tyler Price, 30, citing the apocalyptic film as he describes the year he and his bandmates, guitarist and vocalist Jose Sanchez, 32, and drummer Allen Edwards, 25, have had. Price provides additional vocals and plays bass guitar and keys in their indie-rock group The Soft Wear. The trio has gathered (six feet apart) on the grounds of the Menil.

In December, the band, which coalesced in 2018 after a series of fruitful jam sessions before playing its first show at an anniversary party for Montrose dive bar Poison Girl, released its self-titled debut album. The nine-track record, mixed and produced by Poison Moon Records' Kirk Campbell, has a feeling that makes one nostalgic for the foregone days of live shows. "The music I wanted us to make was music that feels like you're playing in a basement or at a show," says Sanchez, noting the band used to perform regular live shows at venues like Shoeshine Charlie's Big Top Lounge and Continental Club.

"We come from Jonathan Richman, and also Lou Reed," adds Price of their influences. "That rawness is unapologetic, and that makes it a bit easier in the songwriting process."

The bulk of the recording of the angsty album happened at the end of 2019 — before 99.9 percent of all people on earth were forced into cultivating their own level of simmering, social-isolation-induced angst. This worked out quite well for the album. "So much of it was based on my ideas of love, of fate, of running away, of swirling," says Sanchez. "Now, it kind of feels like everyone is feeling that way. … I feel like it's time for all of us to acknowledge that in ourselves."

The band, which used to practice at the East End's historically decrepit Francisco's, had originally planned to do some touring after the release of the album, but the pandemic has torpedoed those plans.

"But I'd love to play a show," muses a melancholic Edwards.

"Until it feels safe, it won't feel right," adds Sanchez.

In spite of the roadblocks, the trio is happy they've contributed something worthwhile to the local music community, which Price praises for its innovation and resilience.

"We're part of the Houston music community that is still releasing stuff. And even though we wrote these songs the year before, we were still working in 2020," says Price. "It's super redeeming, in retrospect, knowing that we ... still hustled. It was just a different kind of hustle." ν

Lady Gaga Is Happy With This Houston Company, Thanks to Its New Health and Safety Standards