In ‘The Reckonings,’ rape survivor Lacy Johnson wrestles with justice — and healing. 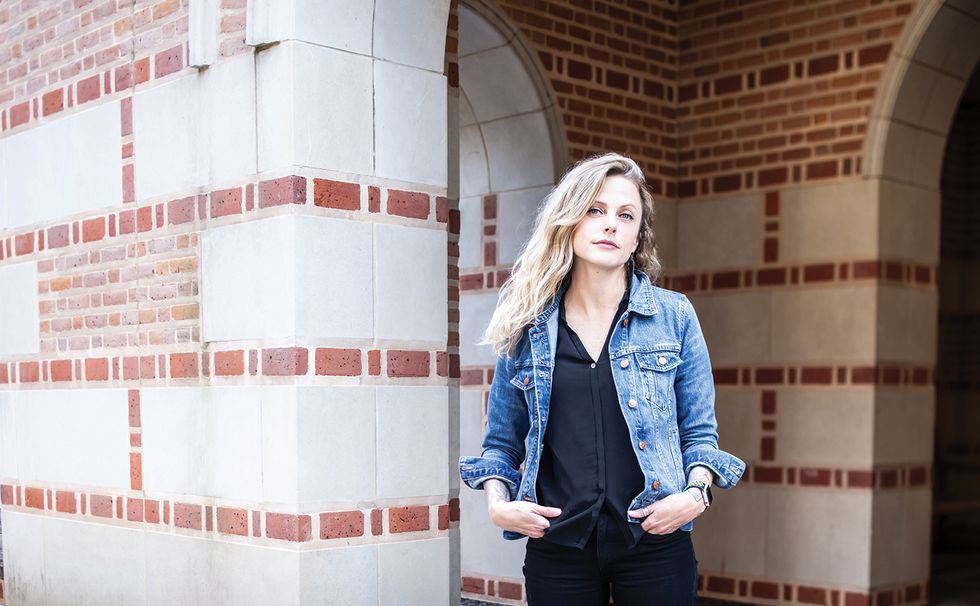 Lacy M. Johnson is a literary alchemist, a writer who is adept at taking deeply painful and wounding experiences and transforming them into art. A Missouri native, she moved to Texas to study at creative writing at UH and graduated with a PhD. In 2014 she published The Other Side, a searing, award-winning memoir that describes the events of July 5, 2000, the day an ex-boyfriend held a taser to her throat and drove her to an apartment he had soundproofed, with a plan to rape and then kill her. Johnson — who was 21 years old at the time — escaped. The man did too: He fled to Venezuela, where he is living as a fugitive, and according to his social media posts, is now the father of two young children.

“It is not the ending to the story anyone expects — not even the one they want, because they want a return, a redemption, a retrieval of all I had lost for my part in the story; they want suffering for him. They want blood, guts, gore,” writes Johnson in the title essay of her new book, The Reckonings (Simon and Schuster, amazon.com). The book is a series of literary investigations into the very concept of justice, and is in a form of dialog with the earlier memoir. The Reckonings ranges across a wide range of topics, often addressing our collective complicity in several ugly abscesses in our body politic: violence against women, mass shootings and gun culture, political fearmongering, the destruction of the environment, among others.

A professor, she often employs the science of etymology in her search for meaning and explanation. It is a powerful, sobering and unsettling read, but one not without hope.

Johnson, now 40, teaches nonfiction writing at Rice. She lives in the Westchase area, where she is married and raising two children. Over coffee at Cafe Brasil, she explains that writing is something from which “she draws power and strength.” The ability to employ writing as a tool with which to help navigate the world is something she tries to instill in her students. “Art is a form that justice can take,” she says.

In addition to her duties at Rice, Johnson has also taken responsibility for running the Houston Flood Museum, a website that is collecting materials — photos, essays, memoirs, ephemera — related to Hurricane Harvey. With the amount of collective suffering endured by Houstonians during Harvey and the resilience they exhibited in its aftermath, Johnson may be the perfect custodian for just such a repository of memory.

“I’ve called myself a writer now more than half of my life, and during all this time I have learned that sometimes the hardest and most important work I’ve done has meant turning a story I couldn’t tell into one that I can,” she writes in The Reckonings, “and that this practice on its own is one not only of discovery but of healing.”