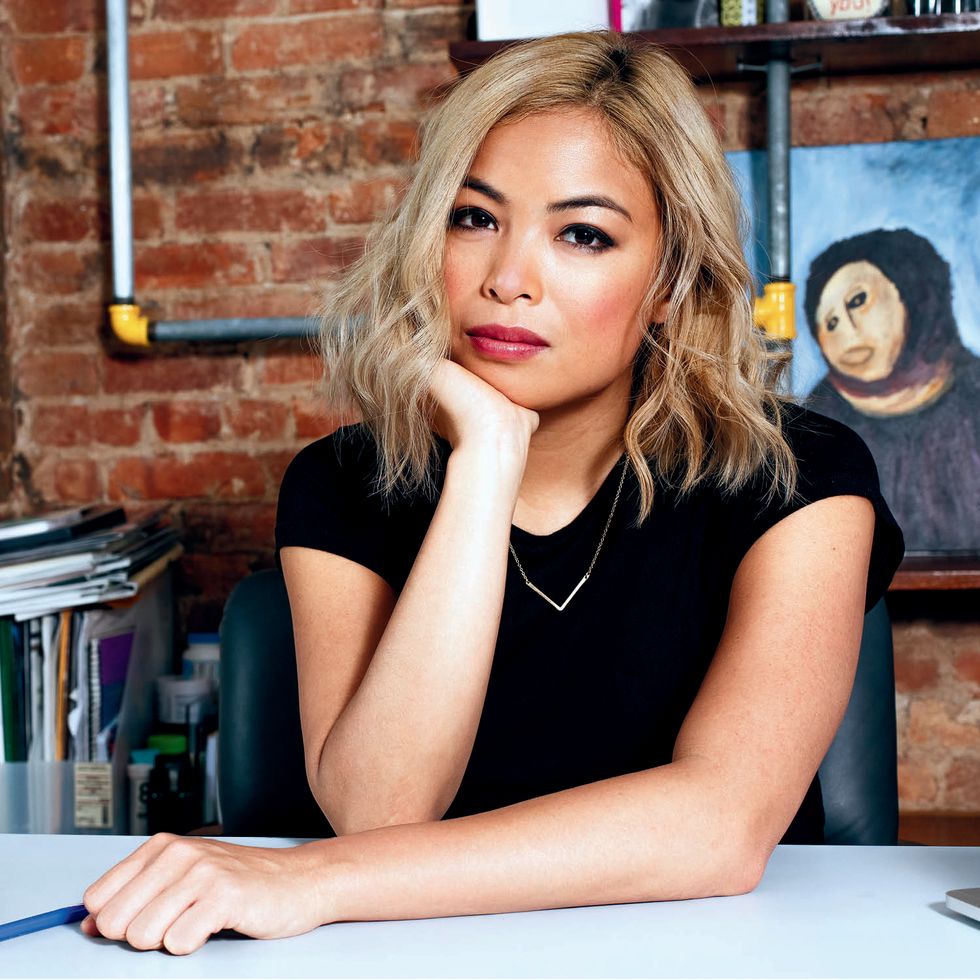 Those who most urgently need to read Jia Tolentino’s first collection of essays, Trick Mirror: Reflections on Self-Delusion, may be the most unlikely people to find time to sit down and actually consume it: the digital-first, social-media obsessed millennials with shattered attention spans whose culture is so adroitly described in the book. They are, after all busily consumed with social media, dating apps, games, all other manner of digital distractions. Or so older generations may be led to believe. To this, Tolentino’s new book stands in stark defiance, a paper-and-ink middle finger to those who believe all digital-first millennials to be narcissistic illiterates exclusively possessed with the need to chase the next “like.” The author makes an appearance on Friday at Brazos Bookstore.

Tolentino was born in Toronto to parents from the Philippines and raised in Houston, where she graduated from Second Baptist School. She then attended the University of Virginia, before hopscotching to the Peace Corps in Kyrgyzstan, back to Houston, then Ann Arbor for graduate school and on to Manhattan, where she worked as an editor at Jezebel and several other web sites, before landing at the The New Yorker magazine, where she is now a staff writer — all before the age of 30.

To call her a rising star is an understatement. She’s been described as both the “Joan Didion of her generation” and “Susan Sontag reincarnated.” And the praise is deserved. Take “Ecstasy,” the most Houston-centric piece in the book. In it, she describes the unlikely alchemy of mega church Christianity, adolescence, MDMA, and Houston’s chopped-and-screwed hip hop scene — with much of the action taking place in Second Baptist Church parking lot.

The essay that opens the book, “The I in the Internet,” offers a microcosm of her methodology, insofar as it provides both a pocket history of the internet, and a reflection on how it was physically, socially, emotionally, and politically experienced by Jia herself and those of her immediate generation, in contrast to that of previous generations. Two other essays, “Pure Heroines,” about her admiration for and ambivalence for several literary female protagonists, and “The Cult of the Difficult Woman,” about female celebrities and icons, address the complexities and distortions of contemporary feminism as depicted in the culture.

Other pieces describe her experience as a teenage contestant on a short-lived reality TV show; time spent in Charlottesville — home of her alma mater, the University of Virginia, and the town and school’s legacy of Old South bigotry, racism and rape culture; and, on a no-less-serious note, of being invited to 46 weddings over nine years, the result of which has been the death of her desire to ever get married. And she manages to explicate, one might even say, eviscerate, the athleisure, exercise-barre industries in a mere 6,000 words.

Sure, you can already read much of Tolentino’s exemplary work online — and lots of people do: she has 90,000 Twitter followers — but it really is better as a book, even if you’ll have to pay $27, or the equivalent of two months of Netflix, to do it. After all, that way you can resist the urge to cut, paste and post a line from every paragraph or two. It is that adroit and one of, if not the, smartest books of the year.