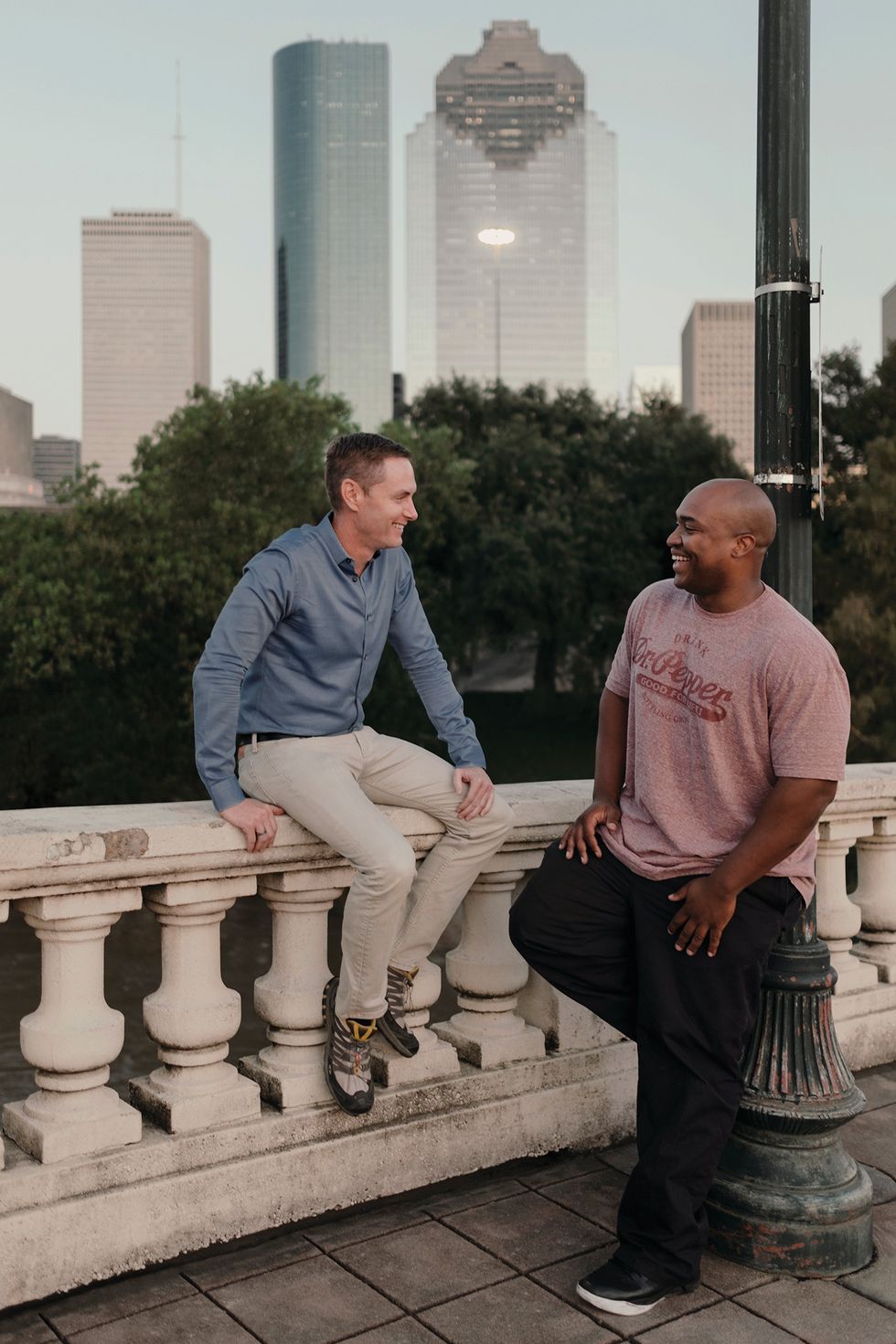 When prior-service MarineJamal Reynolds approached KPRC-TV’s Ryan Korsgard — who was on the air covering Harvey rescue efforts, in the middle of a flooded road in Richmond — he wasn’t seeking the limelight of a live interview. He, viewers would later learn, actually came over to politely ask Korsgard and crew to get out of the way. But it didn’t stop him from first answering the reporter’s question: Why did you come out to help?

“It’s our duty as Americans. Period,” he said. “It’s flooded. There are a lot of families out there, a lot of pregnant women, a lot of people who don’t speak English. It don’t matter if you’re black, white, Hispanic, Muslim, gay, fat, skinny.

It doesn’t matter. You just have to do it.”

If the words between the two men weren’t moving enough, they ended their exchange with a multi-step dude-bro handshake you’d swear had been carefully rehearsed if you didn’t know better. Korsgard in particular won mad props for his salutational skills, and a video of the episode went viral.

As humorous as the so-called “Houston handshake” is in its way, the underlying message is serious and stirring. As Reynolds put it, when adversity strikes, “you either make a choice … to do something about it … or you can complain. We just chose to do something.”