Author Chris Cander, a former bodybuilder, weighs in on the discipline of writing. 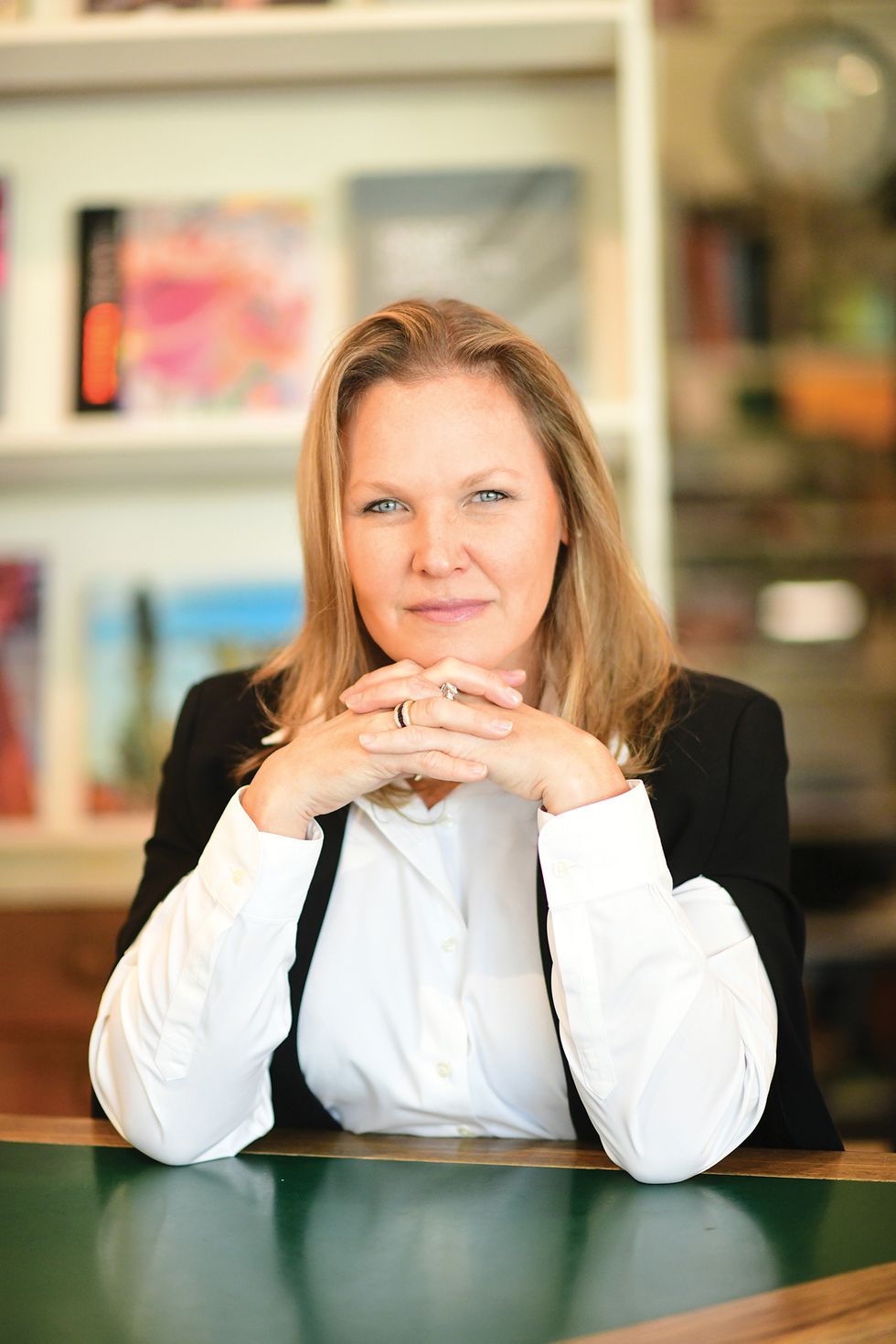 Some jobs seem to dovetail nicely with the craft of writing. Say, teacher or journalist. But what about bodybuilder? Not on the shortlist?

“I was a competitive bodybuilder before I wrote novels,” says Houston-based author Chris Cander over coffee at Cavo. She’s dressed unpretentiously, in athleisure. “I started writing about bodybuilding and fitness. Because of my androgynous name, I even did a lot of work for men’s fitness magazines.” It was a grind — she churned out several articles each month — but taught her how to prioritize. “Eventually I realized I had a limited amount of time to work with, so I decided to focus it on books.”

Her third novel, The Weight of a Piano, will be released on Jan. 22. In it, two women are tasked with the burden of carrying a piano through their lives. It’s an unusually cumbersome upright Blüthner; searching Google images yields something that resembles less an instrument than a cabinet.

So what do pianos mean to Cander? “Very little,” she admits. “I am not musically inclined. I refuse to sing ‘Happy Birthday.’” But, she says, “I’m married to a musician and have always dated musicians. I’m very drawn to the interaction between artist and instrument.”

Pianos, she continues, are ubiquitous: Everyone seems to have one, yet many don’t know what to do with them. “I have a funny relationship with personal objects, passed down,” she muses, citing things like a trove of family photos, or a quilt. “They have ... sentimental meaning, but with every new acquisition, I think, ‘What am I going to do with this?’”

Several events surrounding the book’s release involve music; on Jan. 22, she’s working with Brazos Bookstore and local playwright Elizabeth Keel to stage scenes from the book at Downtown’s Christ Church Cathedral. Musicians will also perform an original piece, envisioned as a coda to the book. “I wanted to give people an insight into what it was like to write the book, how I experienced the characters, how music is integrated into the narrative. In my head, it’s a multimedia experience.”

The mom of two started writing years ago, when her children were young. “I didn’t have a nanny, I didn’t have any help,” she says. “I get jazzed by discipline. There’s no way to rush the writing. But if you put in the time, that’s a fail-proof way to succeed. If you just do a little bit at a time, you will ultimately get there.”

“They’re equal to me,” she says, “in terms of the discipline. I am governed by discipline, strategizing my time, knowing there’s no quick fix to anything. You can’t sculpt a competitive physique overnight. Nor can you sculpt a book overnight.”