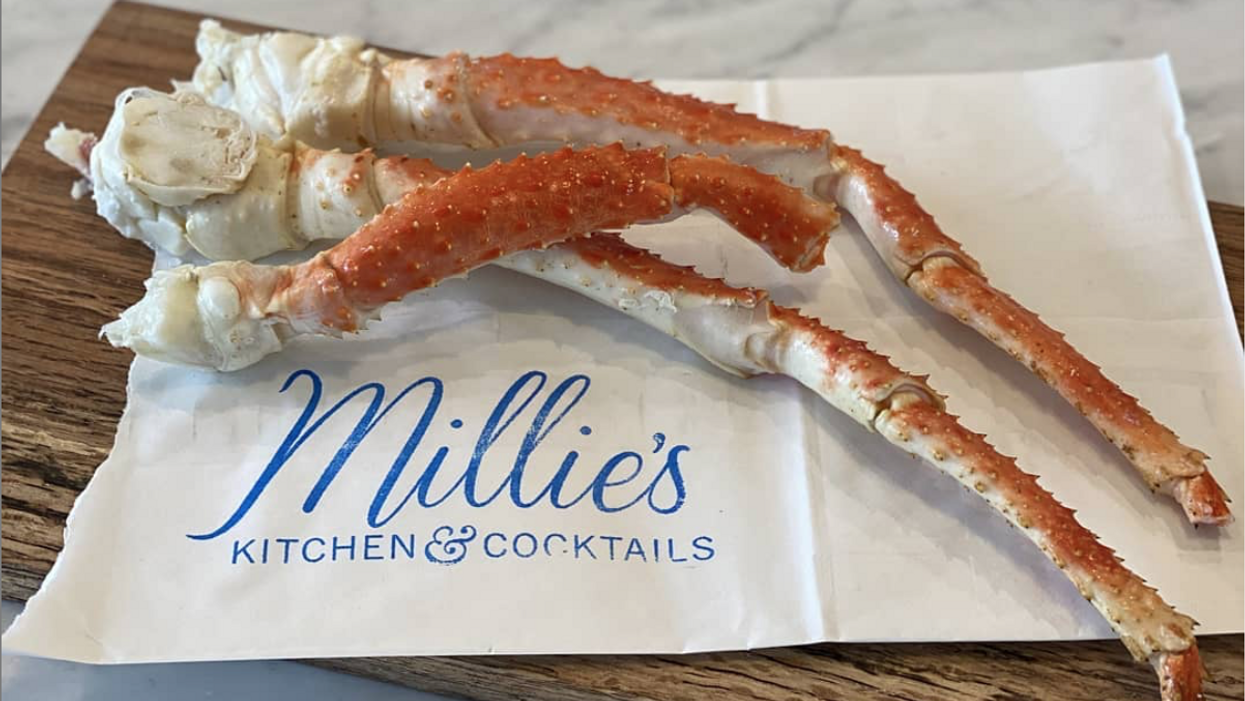 For years, the Westheimer Curve was the only part of Houston widely acknowledged as a foodie's paradise — rightfully so, of course, as it's been home to several James Beard-winning institutions over the decades. But now, it seems like every neighborhood in H-Town is a delicious district worthy of attention and accolades in its own way. In Oak Forest, for example, a slew of mixed-use developments is transforming W. 34th Street — and fast.

Just a block off 34th is Millie's Kitchen & Cocktails (3542 Oak Forest Dr.) a comfort-seafood-savvy restaurant in a former gas station. It quietly opened back in April, offering plates like scallops, shrimp, clams and cod lightly tossed in housemade batter, and a lobster roll that Yelpers rave is "unreal." Millie's recently completed its back patio; both outdoor dining areas boast modern picnic tables, umbrellas and ample shade. And the new happy hour special includes $5 margs and house wines, and $3 domestic beers — and $2 oysters to boot!

Speaking of converted auto shops: Vietnamese drive-through concept Saigon Hustle will open inside a former tire shop on the corner of 34th and Ella early next year, citing Covid-related delays to its timeline that initially had it opening this summer. It's currently operating out of Blodgett Food Hall near UH.

Down the street, an anticipated warehouse-like development dubbed Stomping Grounds at Garden Oaks (1225 W. 34th St.) has finally bowed — and it's hoping you have a sweet tooth. Fat Cat Creamery and Becca Cakes are the first two tenants to open their doors. There's plenty more to come at this mixed-use center, which features a communal lawn and ample parking.

As Covid vaccination numbers soar — as does general optimism for a new post-virus era —Houston society is again dressing up and stepping out, cautiously, to support the arts and other causes. Saturday night, they made the scene at the Post Oak Hotel, for a grand in-person black-tie bash in support of the Houston Symphony's educational and community-outreach programs.

A just-announced collab between Gucci and Detroit designer Tommey Walker will benefit 11 nonprofits across the country, including the sustainable design house Magpies & Peacocks here in Houston.