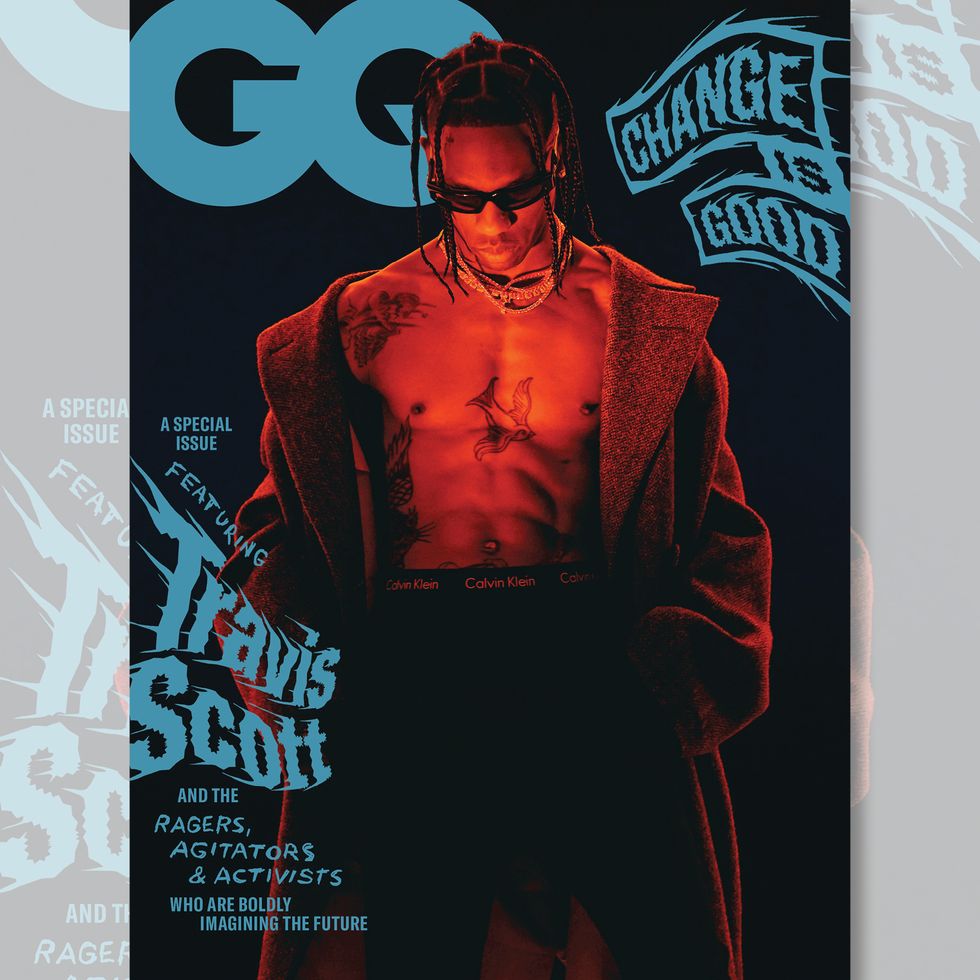 For the second time in as many months, a superstar from Houston has landed on the cover of a national fashion magazine. Hip-hop innovator and style leader Travis Scott appears on this month’s GQ, which calls the grungy-chic 29-year-old “one of the most potent culture movers of his generation” and “quietly one of the most influential people on the planet.”

GQ credits Scott with cracking the code of how music celebrities can reach fans during concertless Covid times, pointing out that his streaming animated performances in partnership with video game behemoth Fornite was an unqualified success. Nearly 28 million people viewed the recent shows — “more than the population of Australia,” the magazine notes — and all the accompanying merchandise sold out quickly.

In the article, Scott notes ongoing discussions with Mayor Sylvester Turner about economic development efforts in Houston. One idea is for the celeb musician to help lead an initiative to bring back the AstroWorld theme park in some form. Astroworld also happens to be the name of Scott’s Grammy-nominated multi-platinum 2018 third album.

Scott, who grew between Houston’s South Park neighborhood and the suburb of Missouri City, also opines on the current tensions over race and justice in the country. “It’s a point where there has to be some acknowledgement, like, ‘This sh*t is not cool,’” he tells the magazine’s Gerrick D. Kennedy. “We’ve been through this for how many years? … It seems no one wants to give us the result we’ve been looking for … and our voices need to be heard.”

Scott has sold 45 million records in the U.S. alone and has been nominated for a total of six Grammy Awards, per public sources.

From Your Site Articles
Style
promoted