At Hugo Ortega’s Restos, Two Signature Seasonal Dishes Are Back on the Menu 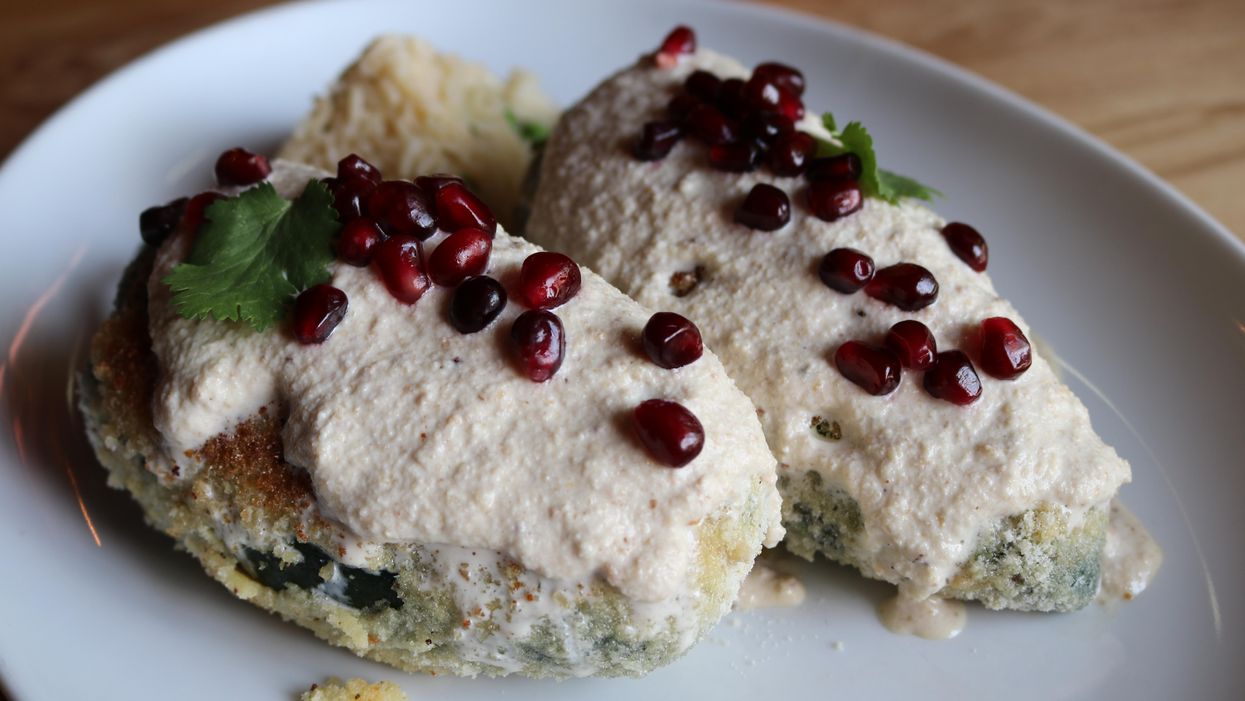 The dish is one Mexico's most iconic and is native to the state of Puebla. Chile en Nogada has shredded pork mixed with red and green apples, pears, peaches, plantains, sweet potatoes, almonds and raisins stuffed into a poblano pepper and topped with walnut cream sauce, garnished with pomegranate seeds and parsley, a rep for Ortega explains. The dish, set to be on offer through the end of 2021, will be available at both Hugo's in Montrose and Caracol in the Galleria area.

"Stories say that nuns in Hugo's hometown of Puebla created the dish in 1821 for the visiting Mexican Army General Agustin de Iturbide in honor of the Treaty of Cordoba, which gave Mexico its independence," the reps says. "The red pomegranate seeds, green poblano chile and white walnut sauce give this dish the colors of the Mexican flag, which make it very patriotic!"

Another seasonal special is also on the menu at Hugo's this month — fresh corn tamales. Throughout September, Chef Ortega is "once again creating fluffy and delicious tamals honoring the flavors, traditions, and culture of central Mexico, his homeland and where most of the corn harvest takes place year after year," the restaurant says.

The tamales will be served with salsa macha verde, crema fresca and house-made queso fresco.